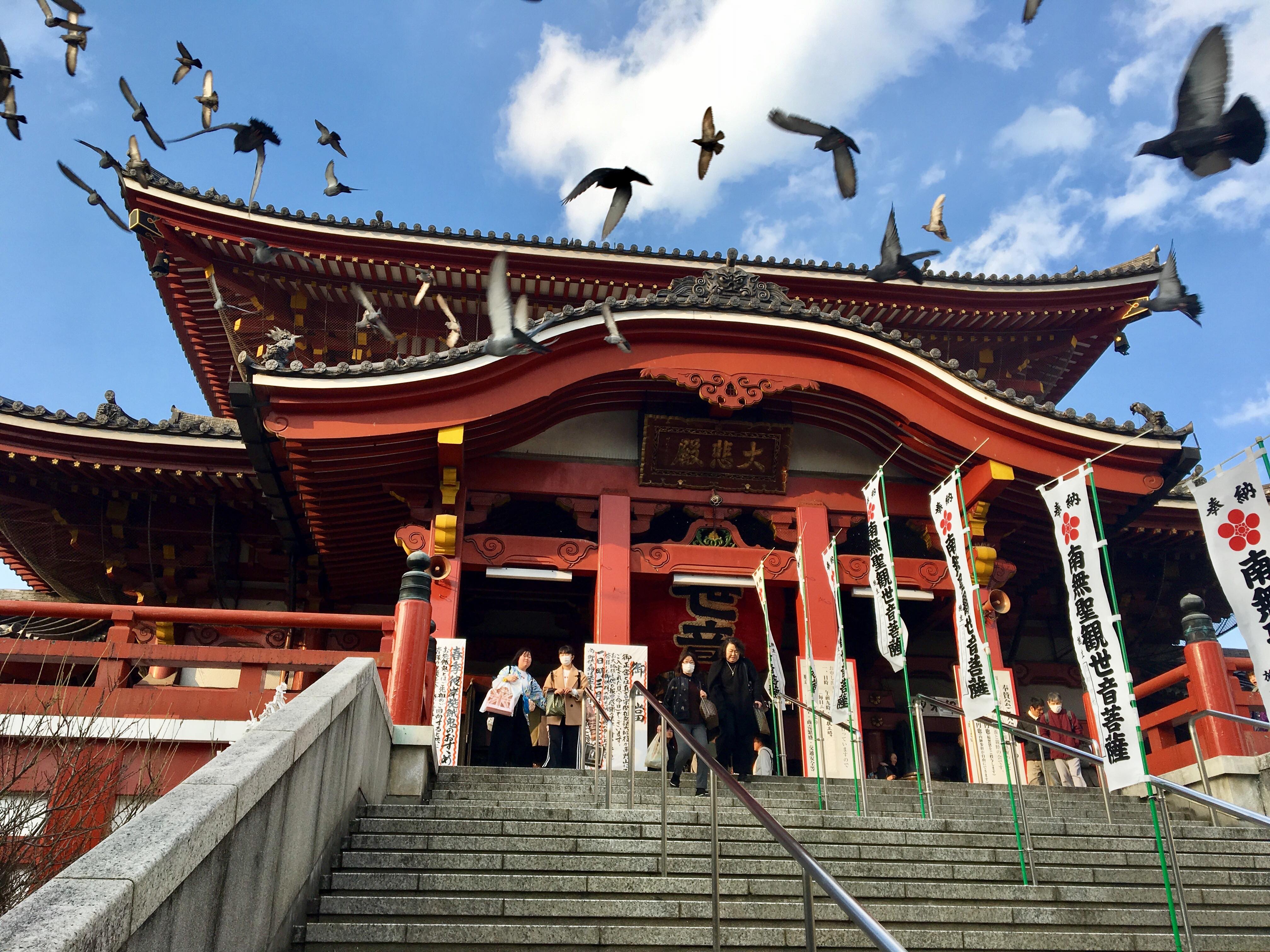 I spent a day in Nagoya, Japan’s third largest city! When you think of Nagoya, what do you think of? There is a lot you can do there in just a day. The main JR Station is very large and very beautiful. The JR Central Towers, which were constructed in 1999, are two 245-meter tall towers with seemingly endless floors of shops and restaurants. The lower floors are connected by a shopping mall, and the top floor of the Office tower hosts a “Panorama Salon” with a cafe, wine lounge, beauty salon, and health spa. If you do not want to take escalators all the way to the top, there is a glass elevator that stops on the 9th, 12, and top floor, which also lets you look out over the traffic circle in front of the station. 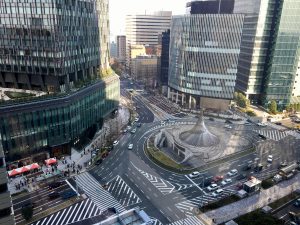 The entire 12th floor of JR Tower is dedicated to fancy, but inexpensive restaurants. There were many different kinds of foods to choose from, but we decided on sushi. The featured sets presented a lovely assortment of many different kinds of nigiri, makisushi (rolled sushi) and even temakisushi (hand roll sushi). The restaurant’s most popular set was the tuna assortment, and I ordered the second best-seller, the variety set. One of the pieces of sushi in my assortment had many little shrimp inside! There are over 100 different kinds of sushi in Japan, but I had never tried that one before, so I was surprised! But, even thought I was a little hesitant to eat it, it really was delicious. 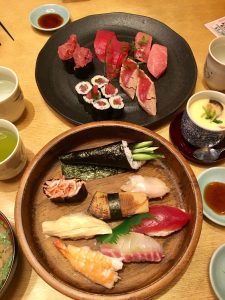 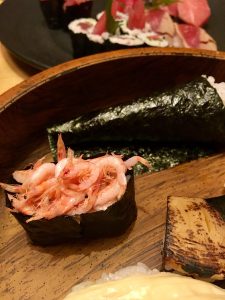 After shopping and eating, we took a short subway ride to a nearby temple in Osu Kannon (大須観音), a popular Buddhist temple in central Nagoya. The temple was actually originally constructed in Gifu, but was moved to Nagoya in 1612 after being damaged by severe flooding. The buildings standing there today are 20th-century reconstructions, and are therefore very vibrant and beautiful! The temple’s main attraction is a wooden statue of Kannon, the goddess of mercy, and underneath the main hall is a library of over 15,000 classic Japanese and Chinese texts – a few of which are considered to be national treasures. It was surpassingly not very crowded, in fact, there were more doves than there were people! It was quite a sight! 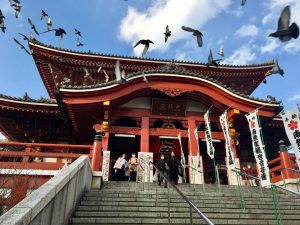 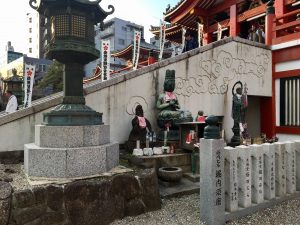 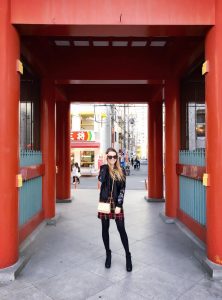 Right next to the temple is the entrance to a popular shōtengai (shopping street) which has over 400 shops! Some of the shops are decades old, and have been run by the same family for generations. And some of the shops are brand new, having just opened this month! There are a surprising number of shops dedicated to selling Japanese electronic, anime, and cosplay goods, much similar to Tokyo’s famous Akihabara street. Furthermore, because Spring is just around the corner here in Japan, there are many sales and spring-themed items in stores right now. 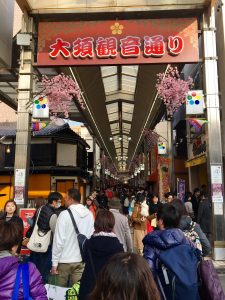 Many of the shops in the Osu Kannon shopping arcade also sell freshly-made street food! My favorite moment was when we stopped to try warabimochi, a Japanese dessert I had never eaten before. It is made of sweet balls of mochi -which is made from bracken powder, covered in a light and sweet soy powder called Kinako (きな粉)! Unlike typical mochi made from glutinous rice, warabimochi‘s texture is more jelly like and dissolves more quickly. Warabimochi is usually served chilled, so it reminded me a little bit of a sweet, chewy ice cream! There are many different kinds of mochi, all of which I love, but this combination of mochi with the dusty brown powder was a PERFECT combination! If you have never tried it, I definitely recommend it. It is usually served in the summer, but can definitely be enjoyed any time of the year. This new Japanese food experience was the perfect ending to a fun day in Nagoya. 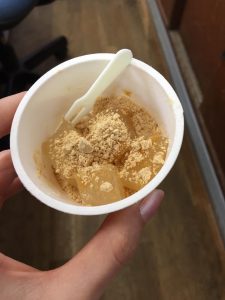 Follow us on Facebook to get updated on the latest Japanese lessons and articles about Japanese culture. We also have free lessons on our renewed website, LearnJapanese123.com