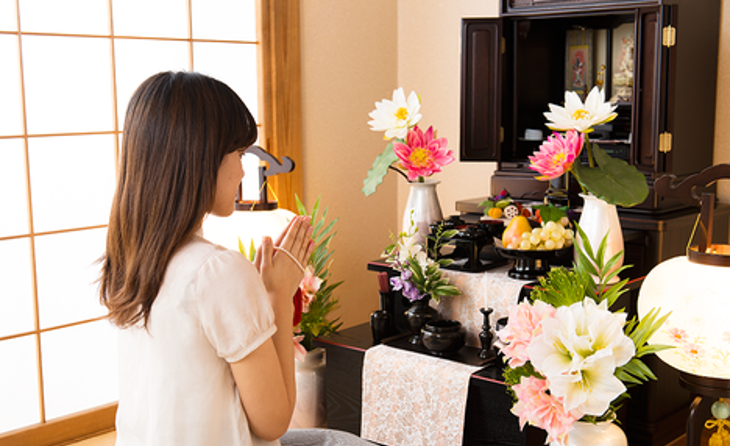 If you’ve ever been to Japan, then you may have marveled at its numerous shrines and national temples like the Meiji Jingu Shrine in Tokyo, and the Fushimi Inari Taisha Shrine in Kyoto. The Japanese give utmost importance and respect to these shrines for they are considered places of worship and the dwellings of the kami, or the Shinto “gods”. Japanese families have their own altars or shrines in their homes so that they can pay their respect to ancestors and worship either Shinto or Buddhist gods. In this blog we find out the different types of altars and shrines.

A Butsudan is an altar for people who practice Buddhism. One can distinguish a Butsudan altar by its exterior that often resembles a simple cabinet, with two outward opening doors. It houses a Gohonzon or religious icon, typically a statue or painting of Buddha or Bodhisattva, or sometimes a calligraphic mandala scroll. Inside the Butsudan you can also find candlesticks, incense burners, bells, and platforms for offerings such as fruit, tea or rice. The Japanese give offerings to ask for guidance and protection from the spirits of the ancestors. Some place ihai memorial tablets, ash of the deceased or kakochō death registers for deceased relatives either inside or around the Butsudan. 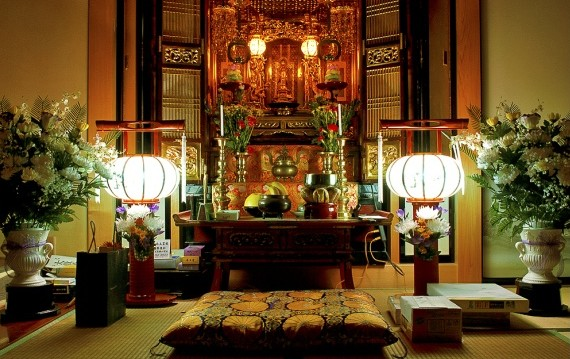 Kamidana is a shrine that is representative of belief in Shintoism. It roughly translates to “god-shelf” in English. The Kamidana is usually shaped as a miniature shrine with a roof and doors. Amulets or talismans can be stored inside. The rope that hangs on top is ornamented with white paper to show the purity of a place occupied by a kami (god) just as you will see in shrines. There are also usually a pair of vases, candle holders, and white dishes for offerings. The Kamidana may also include a sacred rope of twisted rice straw called shimenawa, that is traditionally used to demarcate a sacred area. Offerings of water, sake or rice wine, and food are placed daily in front of the shrine, and prayers are offered to ask for blessings for the household. Japanese homes that have a Kamidana may also own a Butsudan. 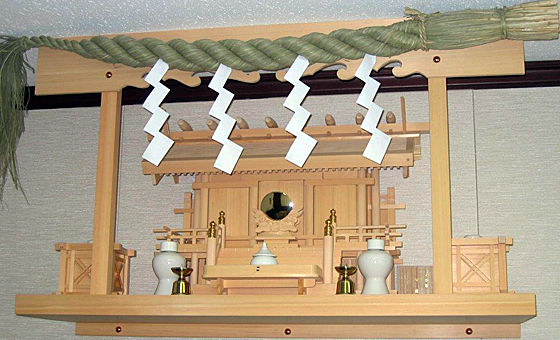 Tokonoma is not tied to any religion. It is technically neither a shrine or an altar although it might look like one. It’s a classic feature of a traditional Japanese room or a Tatami room. Most people identify a Tatami room by the partitions that are made of sliding paper-screens called shoji or fusuma instead of doors and windows. Simply put, the Tokonoma is a raised alcove providing a very special space, in which important items are displayed, such as ikebana, bonsai, a favored piece of pottery, or an artistic or calligraphic scroll. However, the piece showcased in the tokonoma is not fixed through time. The art displayed in the raised alcove is often changed, perhaps as regularly as the seasons. The flower arrangements on the other hand are changed more frequently, depending on the occasion. Another unique feature of the tokonoma is that on one side it is bordered by a pillar or raw trunk of wood often with distinctive texture. 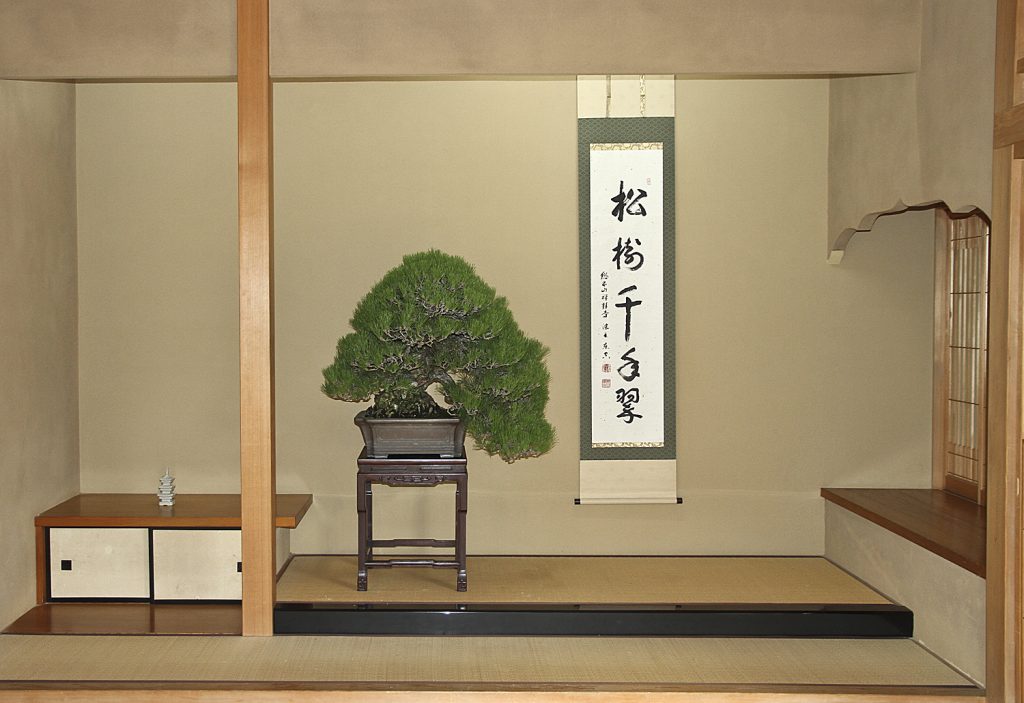 These household fixtures are often seen as an essential part of the life of a traditional Japanese family. It is the center of their spiritual faith especially in remembering family members who have passed away as well as revering their great ancestors. However, nowadays not all Japanese house have Butsudan, Kamidana or Tokonoma in their house as more and more Japanese live in the city apartments without alter or Japanese style room. Keeping traditional Japanese house is very precious even for the Japanese.

Follow us on Facebook to get updated on latest Japanese lessons, Live streaming, News  and articles about Japanese culture.