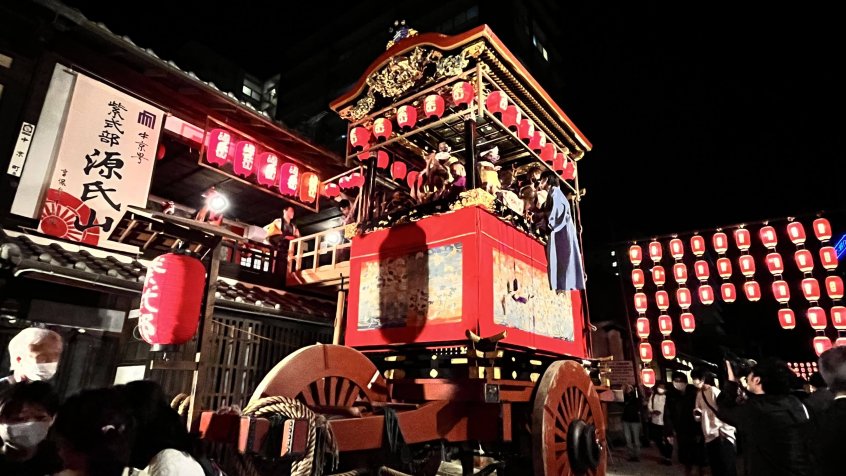 The Otsu Festival is the largest of the festivals in the area and is held in Otsu City, Shiga Prefecture. It has been held for the first time in three years, having been canceled the last two years due to Corona!

This festival is held on Saturday and Sunday every year, the day before and two days before the Sports Day, a national holiday that falls on the second week of Monday. Saturday is Yoyama 宵山 and Sunday is Honsai 本祭, the main festival. 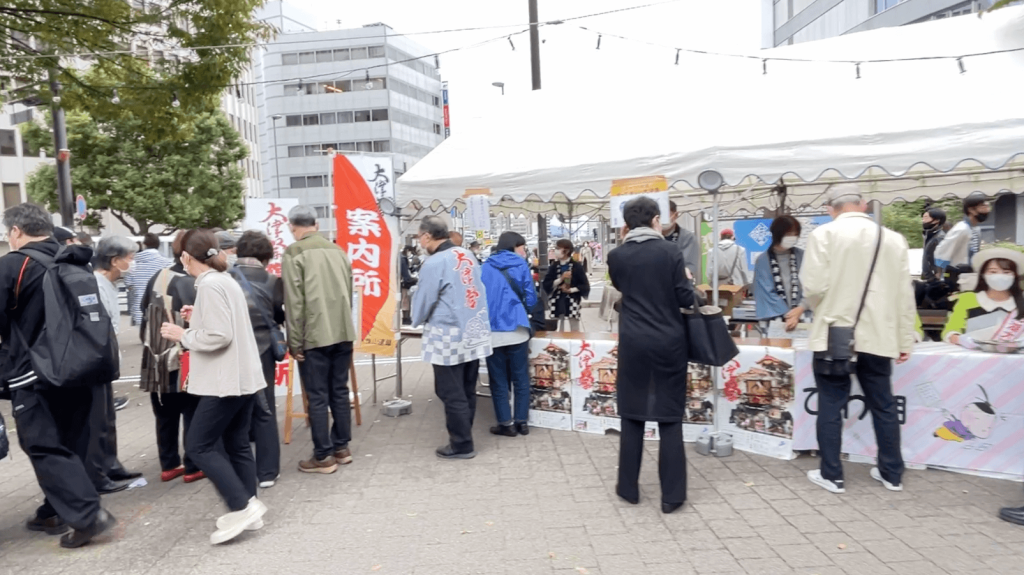 The festival site is a 3-min walk from Otsu station. In front of the station, there was information booth about the festival.

Origin of the Festival

The origin of the Otsu Festival is so unique that I would like to introduce it here.
The Otsu Matsuri is a festival that has continued for more than 400 years since the beginning of the Edo period.

It is said to have started when a man named Shioya Jihei (Shioya Jihei) from Kajiya-machi entertained the townspeople by dancing on the festival day wearing a raccoon dog mask. However, the current style of the Otsu Festival appears to be heavily influenced by the Gion Festival in Kyoto.

In 2016, the festival was designated as a National Important Intangible Folk Cultural Asset, making it a festival with a rich history. 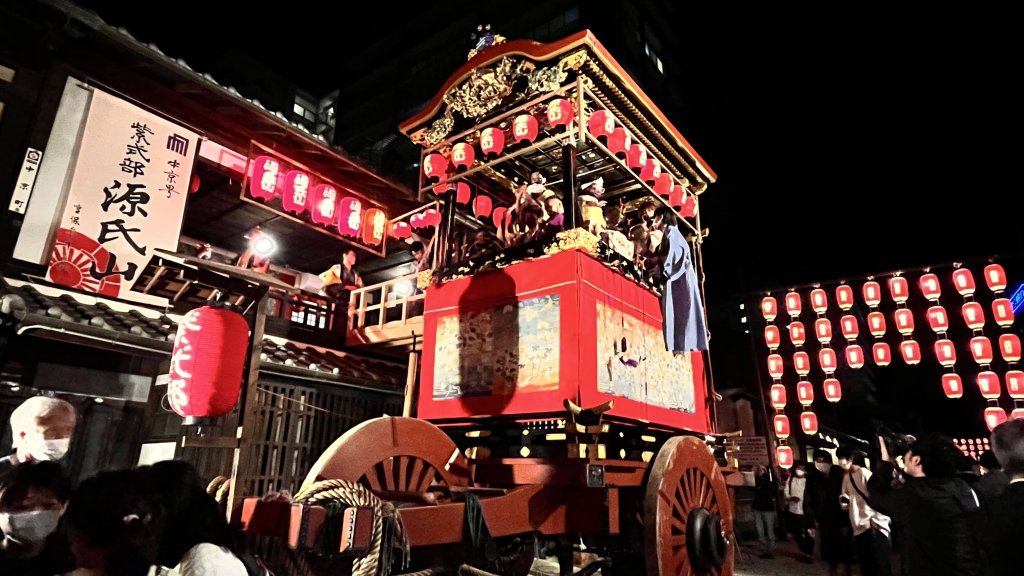 On Yoyama day, Hikiyama 曳山 (festival float), Hikiyama decorations and Karakuri (gimmick) dolls are displayed, and the lanterns create a wonderful atmosphere in the evening.

During Yoyama, festival music echoes from the floats, and the floats floated by countless lanterns are elegant and beautiful, and visitors can see up close the karakuri dolls that will be displayed at the main festival. 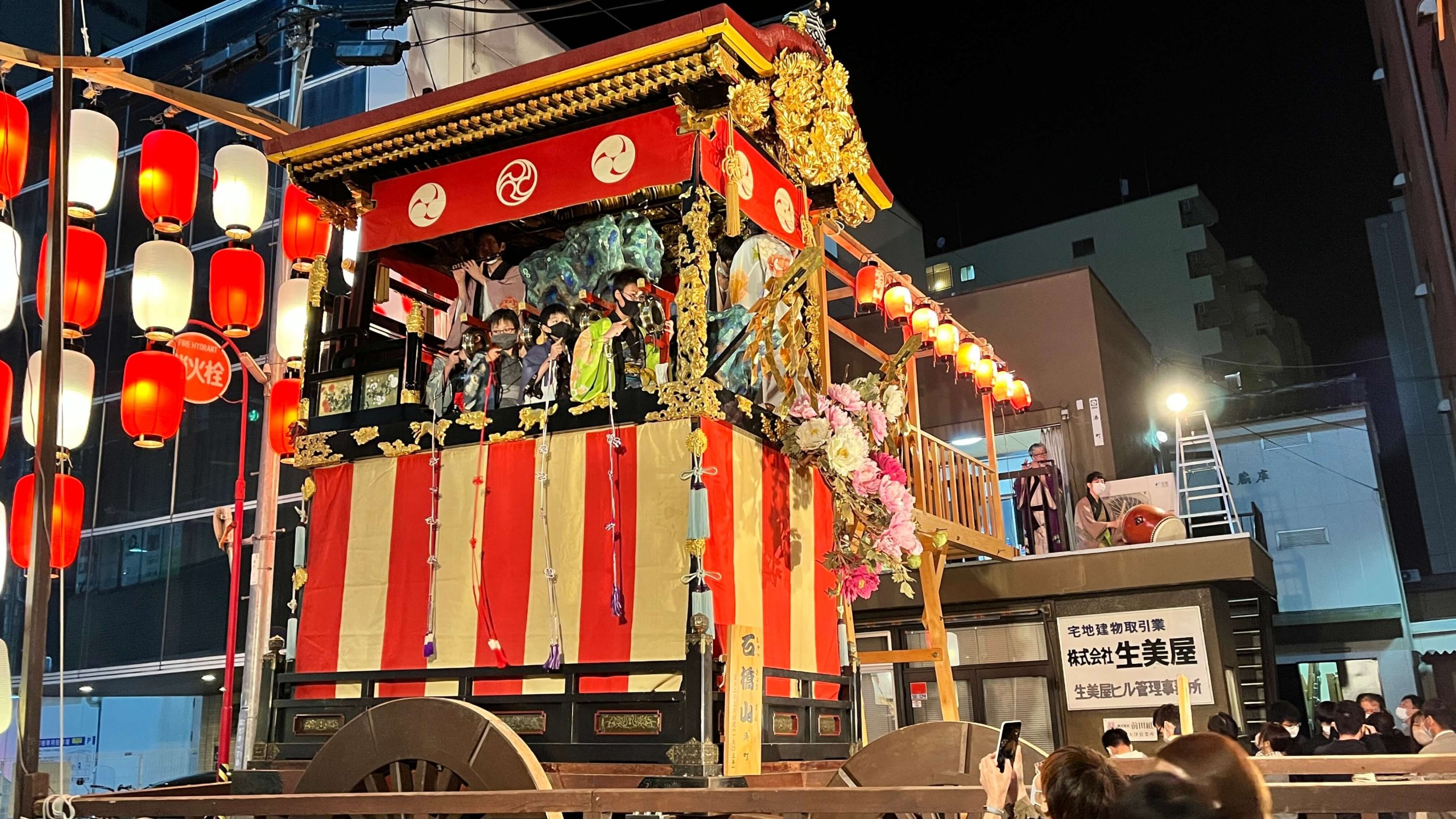 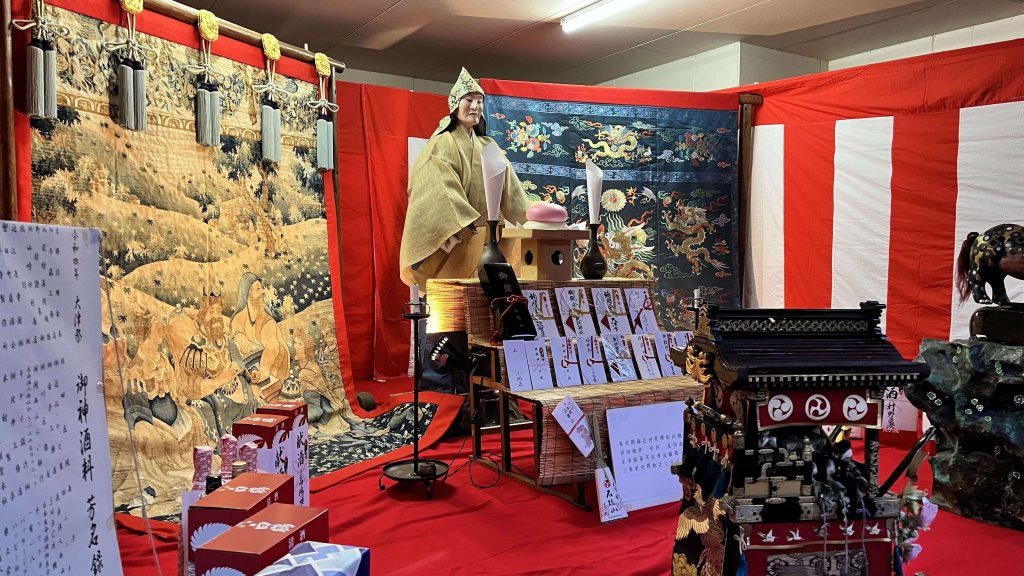 This is the display of Karakuri gimmick. This is the one that will be placed on the floats during the main festival.

A total of 13 floats are displayed on the street where the floats are paraded. 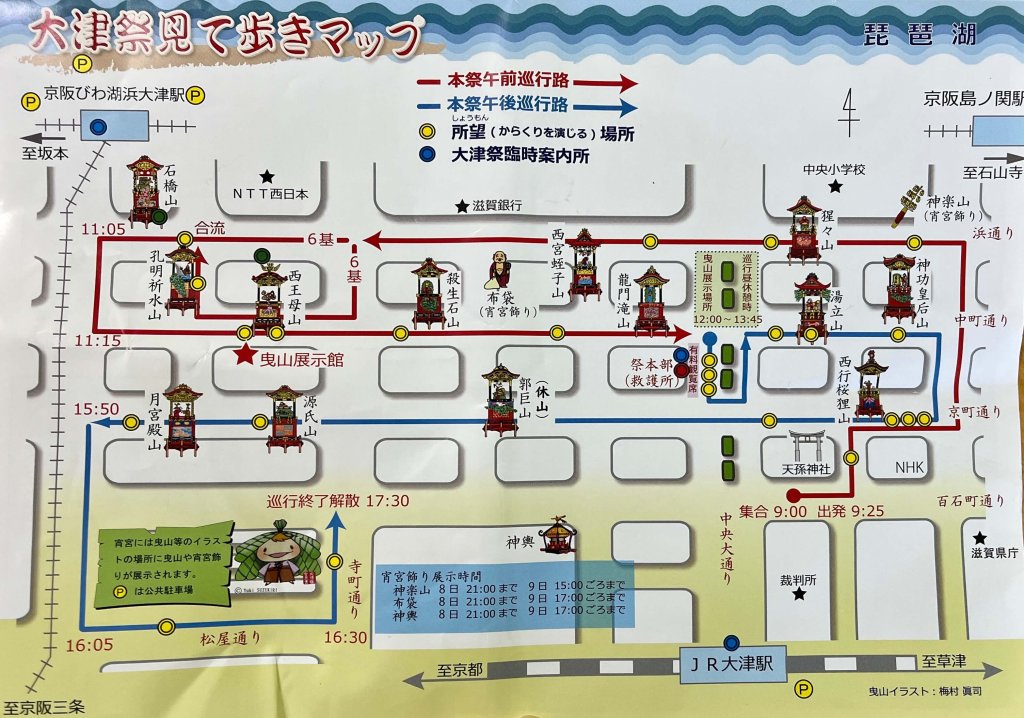 This map also shows the route of the main festival parade. The yellow ● indicates the place where the karakuri performance will take place. This area is called Shōmon（所望）. 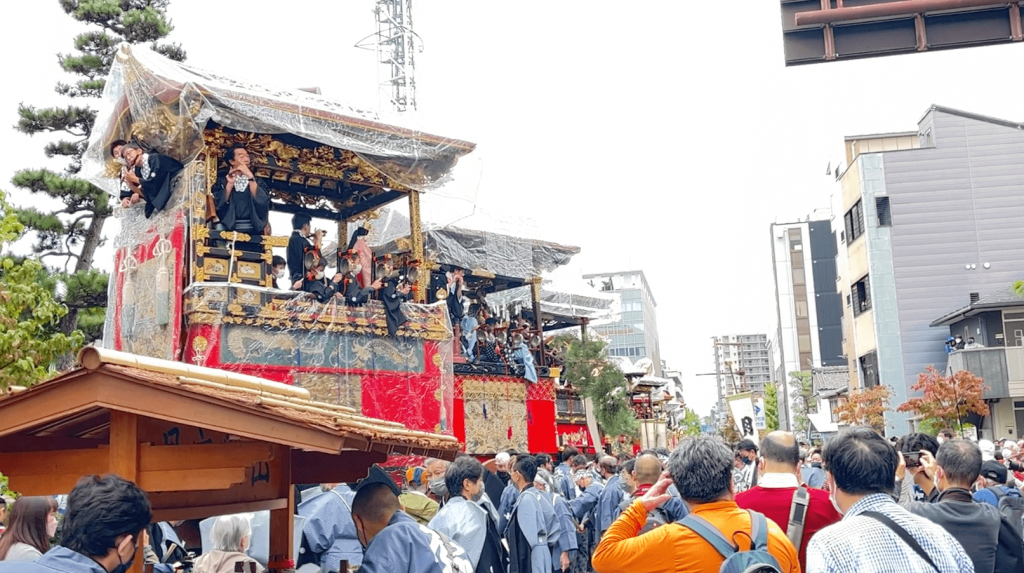 When I arrived at the festival site, I felt that everyone had been waiting for the festival and was very much looking forward to it.

At 9:00 a.m. on the morning of the main festival, all the floats to go on parade are lined up in front of Tenson Shrine 天孫神社, the host of the festival. The floats will depart in order from around 9:30 a.m. 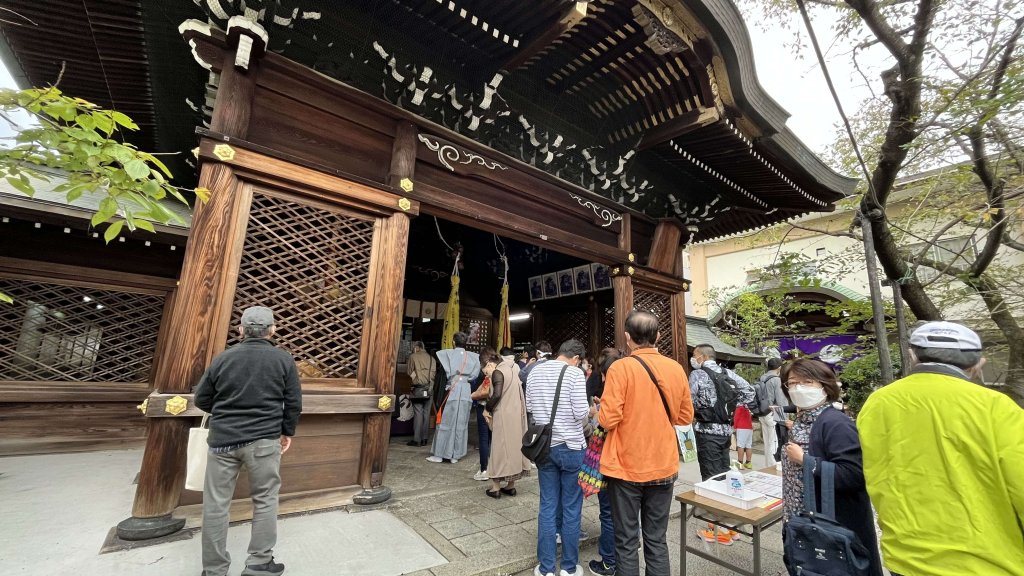 The precincts of Tenson Shrine are also crowded. People were lined up to pay their respects at the main shrine. 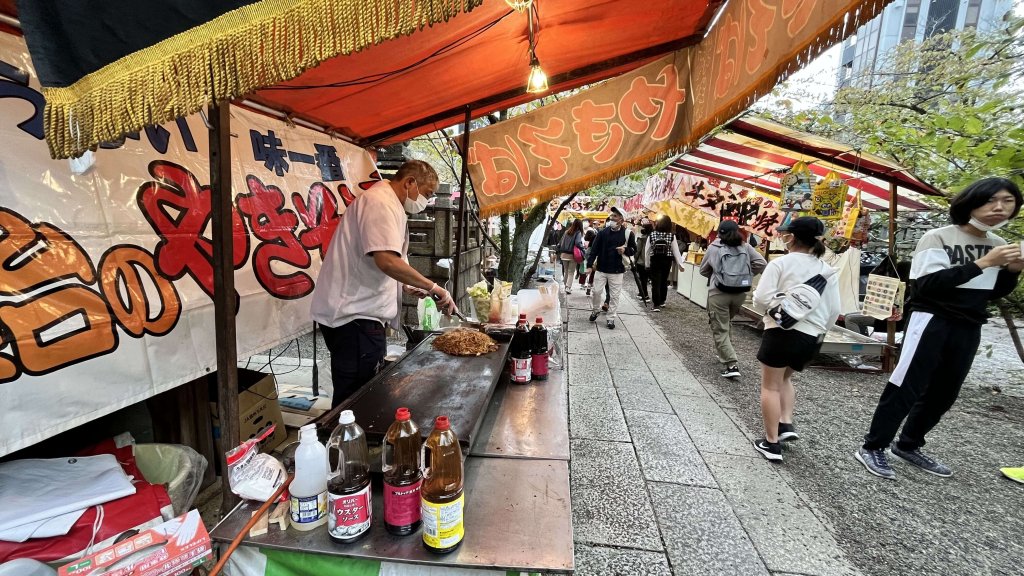 There are many food stalls and the delicious smells will tempt you.

In the main festival, thirteen floats, each adorned with gorgeous decorations, cruise around the old city for a day. This symbolizes the economic power of Otsu during the Edo period and at the same time shows the spirit of the people of Otsu who have supported this festival. 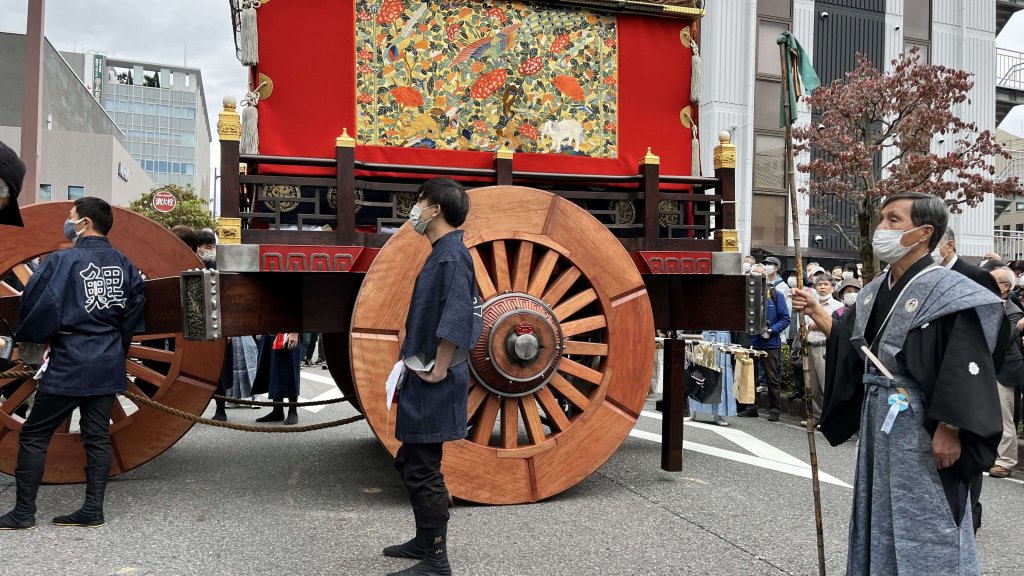 What a big wheel!

Each of the 13 floats is equipped with an old-fashioned “karakuri” (a kind of mechanical trick), which is demonstrated at various points in the procession. 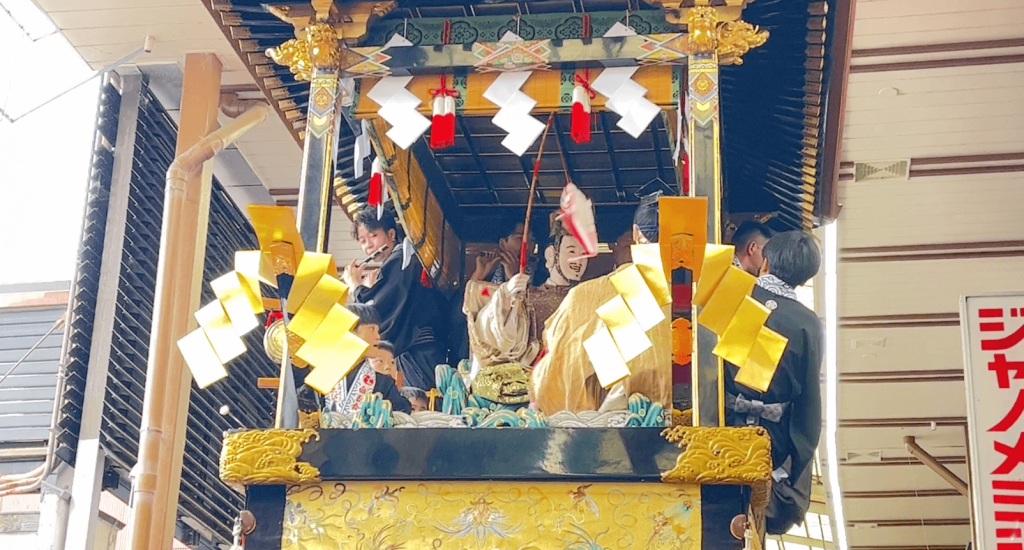 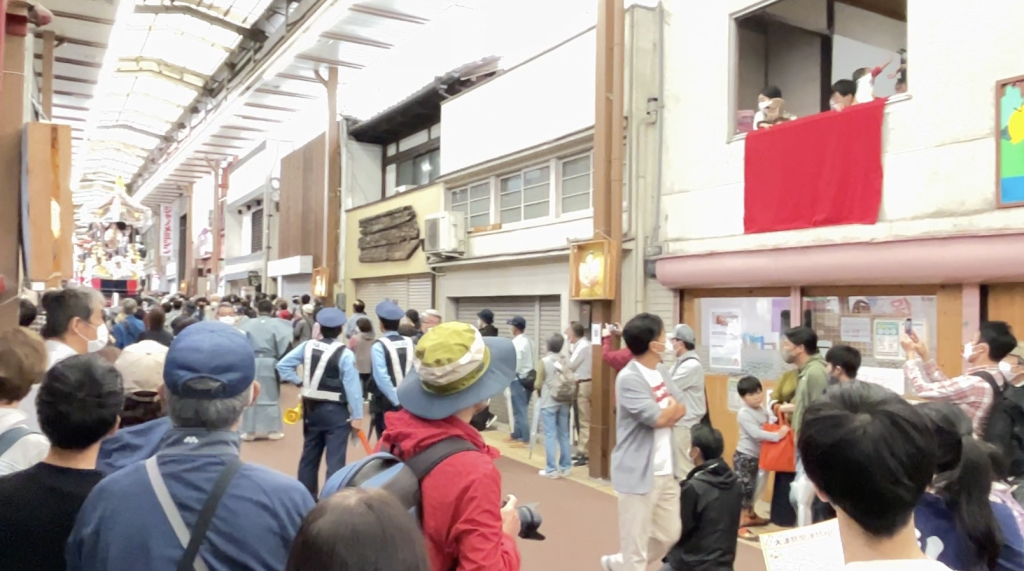 The floats also pass through the shopping district! There are so many people!

If you would like to learn more about this festival, there is a Hikiyama exhibition place that you can visit when you come to Otsu. 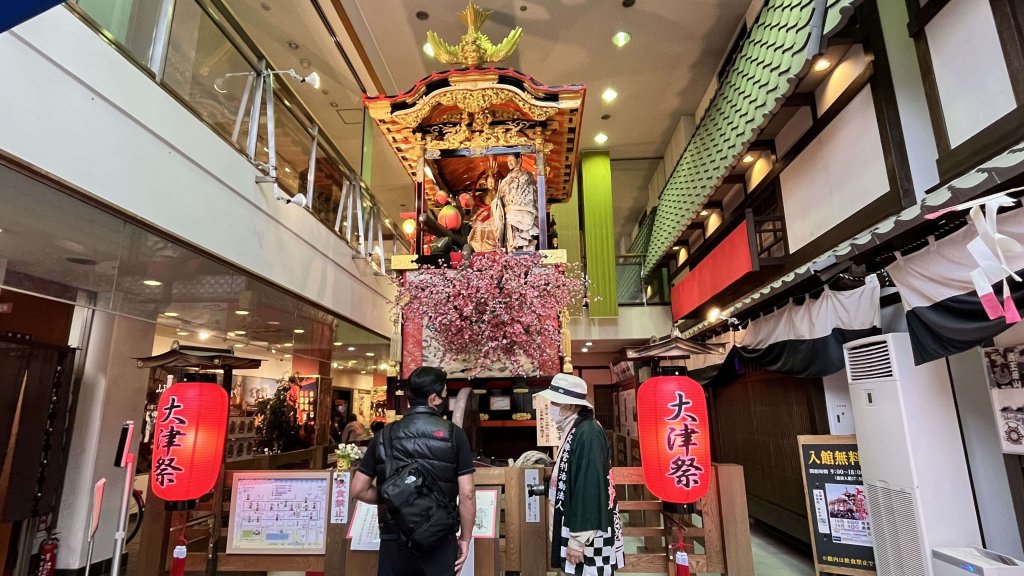 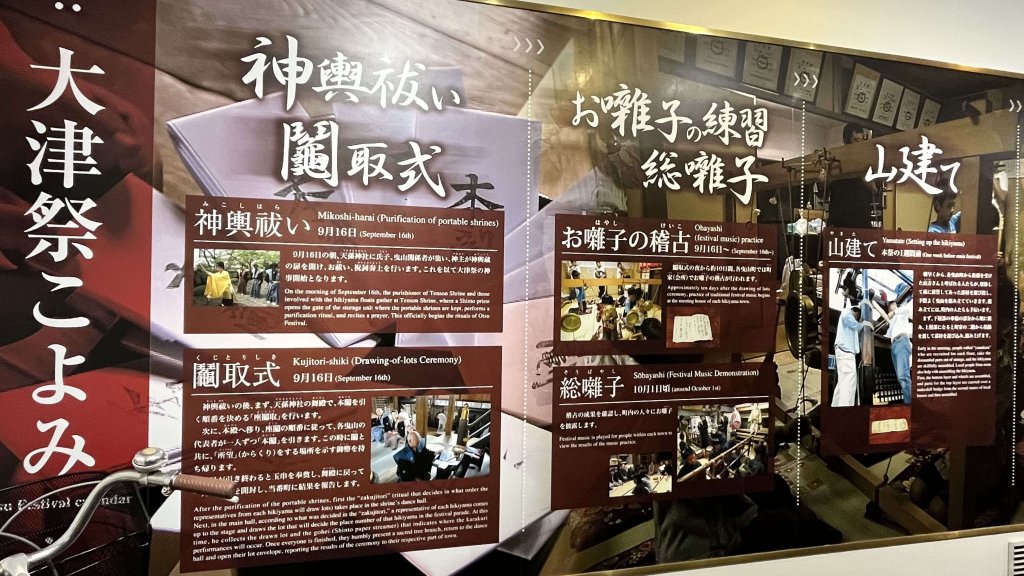 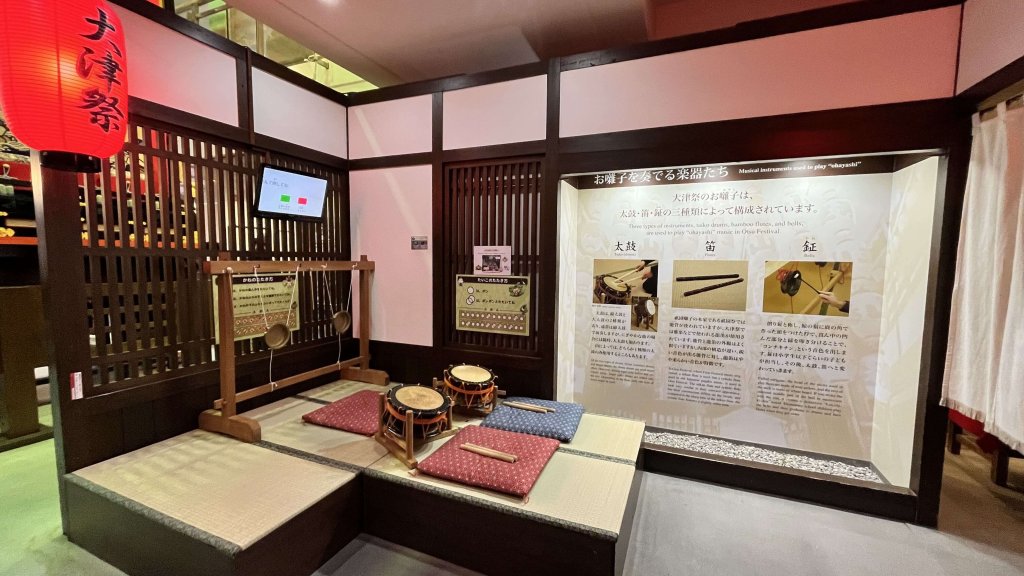 In addition to exhibits, panel and video explanations, there was also a space where visitors could experience the musical performance.

On the 2nd floor of the NHK building on the way to the pilgrimage route, specialties and other items from Ohmi (the old name of the Otsu city area) are sold.

I got the Ohmi beef croquettes! 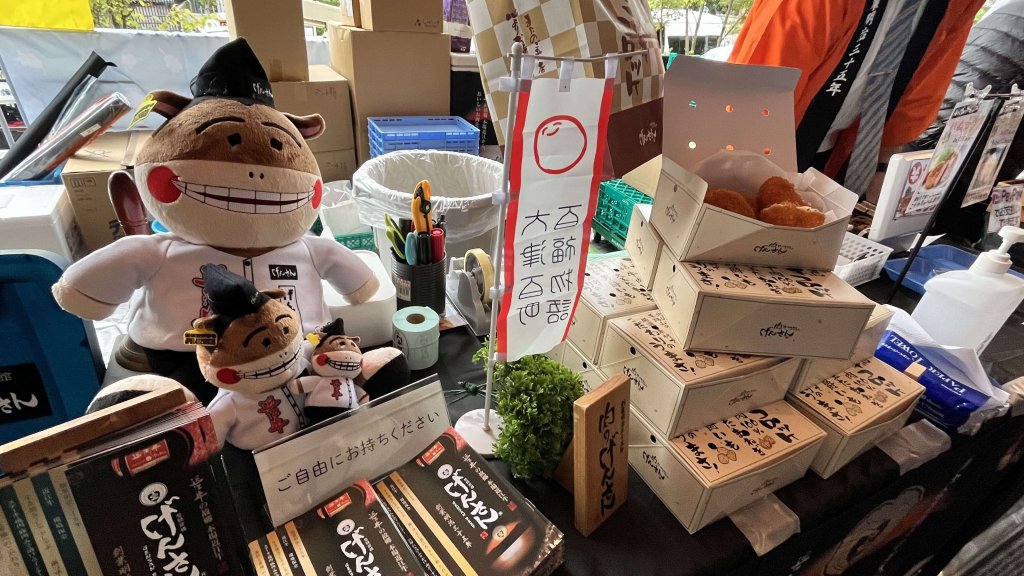 The ground meat inside the croquette was sweet and delicious! Just the right snack when you are hungry 🙂 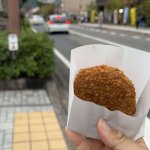 We did a Facebook Live at the main festival.

Hope you enjoyed reading this blog! 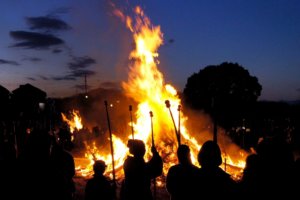