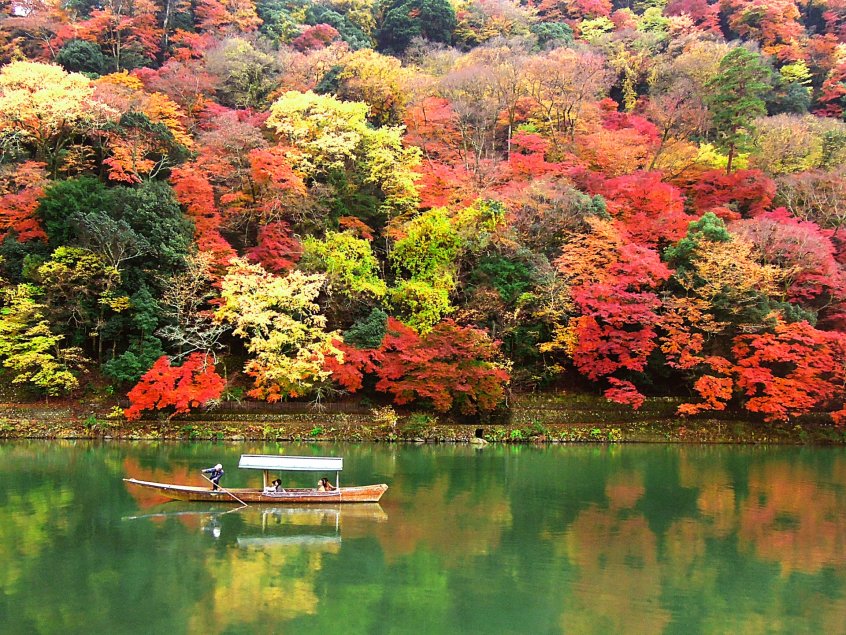 Spring in Japan, famous for its breath-taking cherry blossoms, is by far the most popular time of the year for tourists. But, fall in Japan has incredible beauty, delicious foods, and pleasant weather that definitely rivals the spring! Here’s why you should visit Japan in autumn!

Autumn in Japan is blessed with crisp air, and incredibly clear, blue skies. With generally pleasant weather and cooler temperatures, autumn is an excellent season for walking around and exploring cities and towns without the problem of spring showers or summer heat. However, it can get a bit chilly at times just before winter sets in, so be sure to bring layers if you visit in the months of October or November. 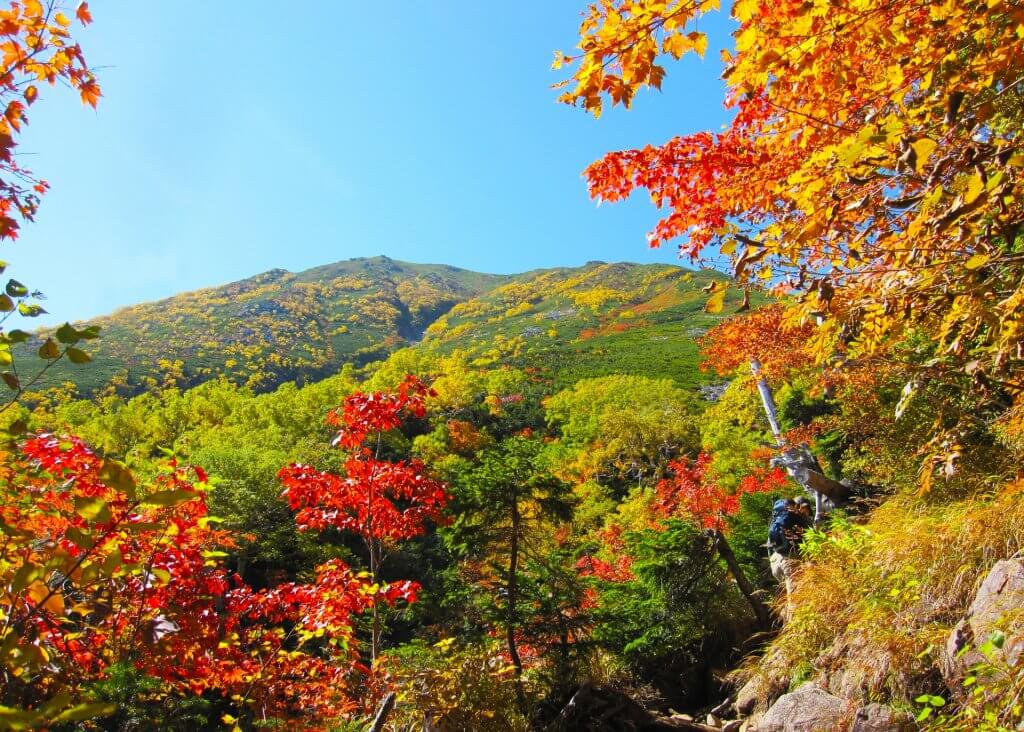 October is one of the most pleasant months of the entire year in terms of weather. Morning temperatures average around 14ºC to 18ºC (57- 64°F), while afternoon temperatures range from 19-23ºC (66-73°F). Not only is the temperature quite comfortable, but the rainfall is especially low. That makes autumn the perfect time of year to head outdoors, walk around, and see as many sights as possible. The sky is also so clear at night that from early to mid-fall, there are various events related to tsukimi 月見 (moon-viewing) to look up at the full, autumn moons.

* Here, the above temperature range is applicable to Kanto, Kansai, Chugoku, Shikoku and Kyushu areas. (Hokkaido, Tohoku and Chubu areas are bit cooler early, and Okinawa is warm throughout the year) 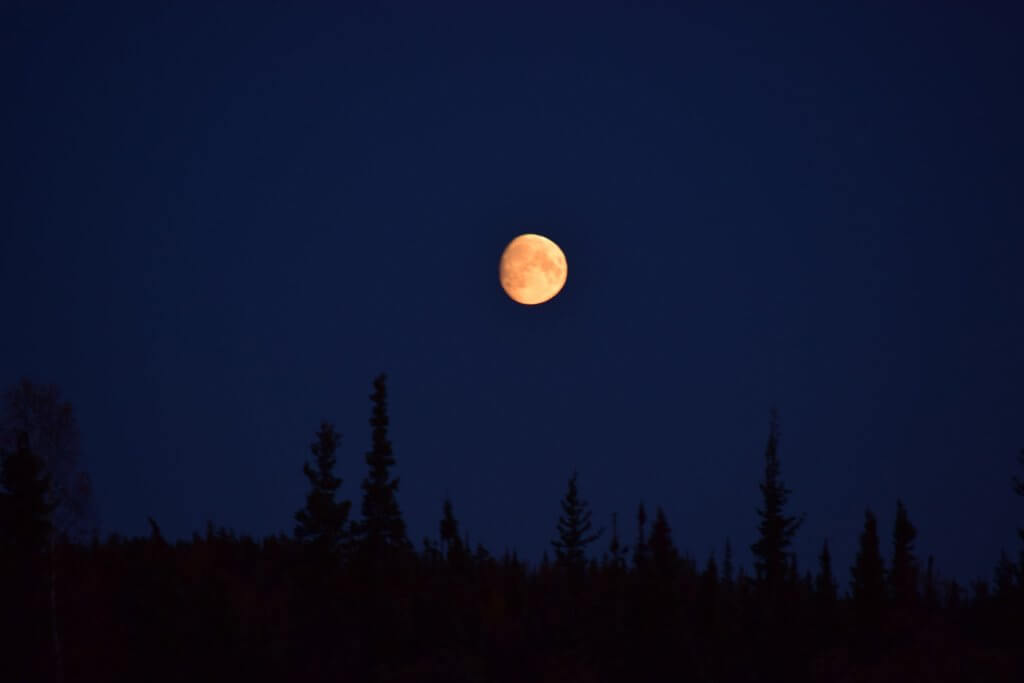 In November, most of Japan is already preparing for the transition into winter. In the mornings and evenings, temperatures average to be  from 7-12ºC (45-54°F), while the afternoon temperatures are about 14-18ºC (57°F-64°F). And at night, the temperatures will drop to around the 10°C (50°F) range, which is certainly a bit colder than in early autumn. However, Japan in November is very beautiful, as the November skies are typically clear blue and cloud-free, and early to mid November is when the majority of the country reaches peak fall color season. 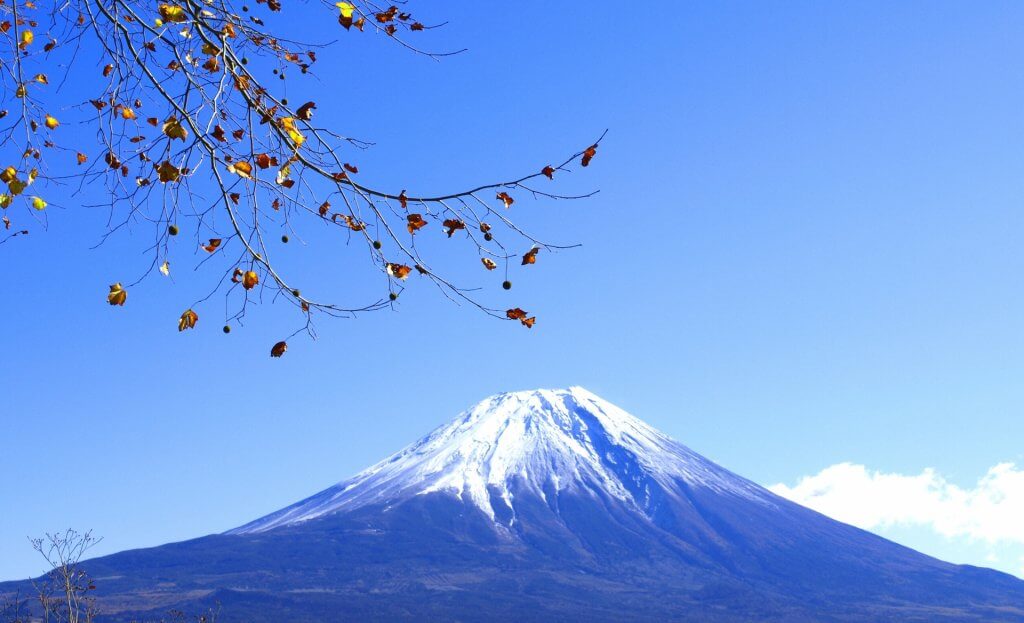 Those familiar with Japanese festivals probably know that they are a fundamental part of Japanese culture that dates back thousands of years. The Japanese word for festival is matsuri (祭り),  or when used with the honorable “O” is Omatsuri (お祭り). The months of October and November are some of the most fun months to be in Japan, for there are multiple Omatsuri happening every single weekend. 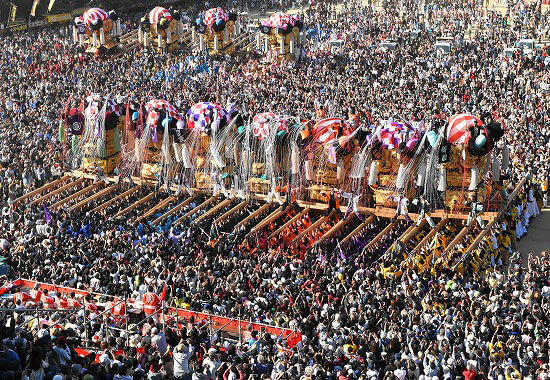 From manly “fighting” festivals to jaw-dropping lantern displays, the festivals held in the fall season in Japan are some of the most diverse, as well as the most lively! Many of the autumnal matsuri in Japan revolve around rituals praying for bountiful harvests, full-moon viewings, and walking beneath the colorful fall leaves.

Attending a festival is a great way to get an up-close look at Japanese culture, see lots of unique sights, hear traditional music, taste different foods, and really enhance your experience in Japan. 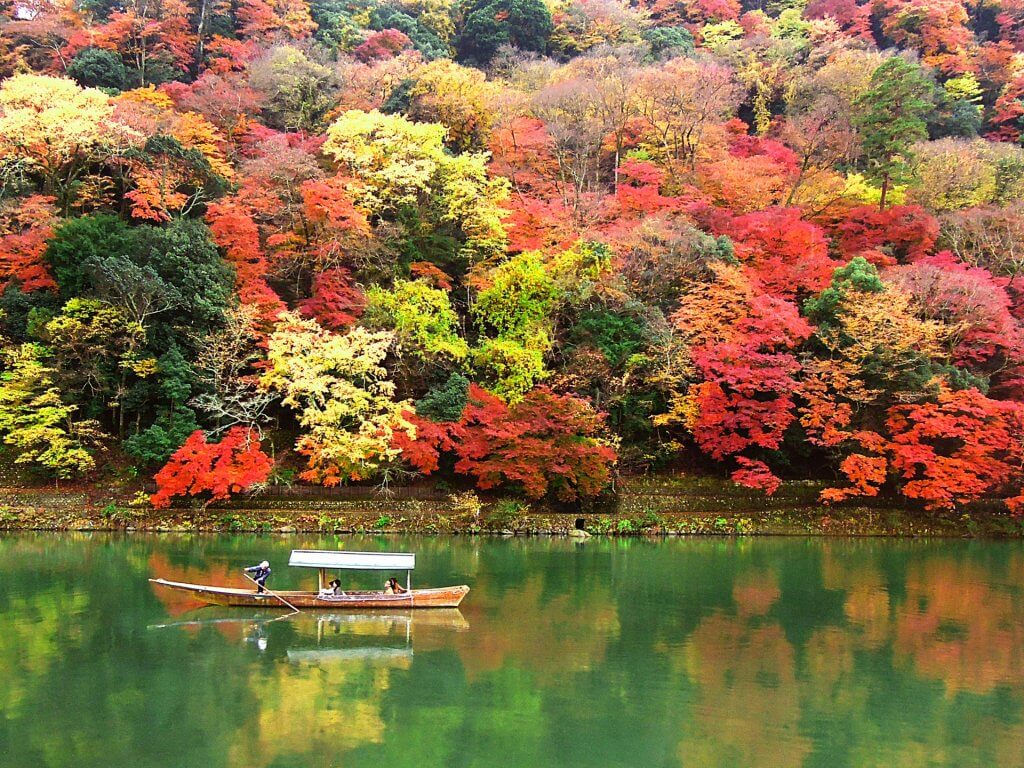 From late September through mid December, the fall leaves in Japan reach their peak colors, which is called kōyō (紅葉) in Japanese. People all over the country love to visit places where the kōyō is especially beautiful. Momijigari (紅葉がり) is the simple activity of going out to view autumn leaves. With stunning views that rival the cherry blossoms of spring, this is an activity that is an absolute must-do if you visit Japan in the fall! 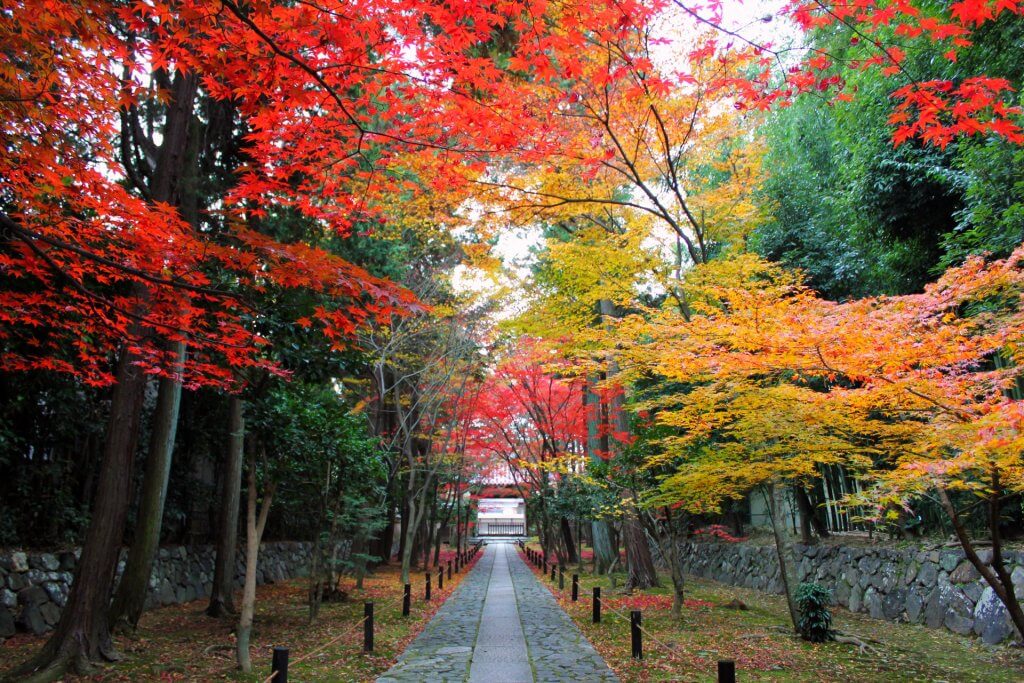 Check out our full list of the top 10 places to see the beautiful autumn leaves in Japan here.

Unlike the spring time, autumn in Japan is free of hay fever! Hay fever is called kafunshō (花粉症, “pollen illness”) by the Japanese, and is actually incredibly intense in Japan compared to other countries. Kafunshō is most commonly caused by pollen from Cryptomeria japonica, which is known as sugi in Japanese and usually translated as “cedar” even though is not actually a member of the cedar family.

Japanese cedar pollen can be found in the air from February through April. During this period, the number of people suffering from hay fever increases drastically, those who sufferer from the symptoms experience sneezing, watery eyes, runny noses, facial swelling and more. 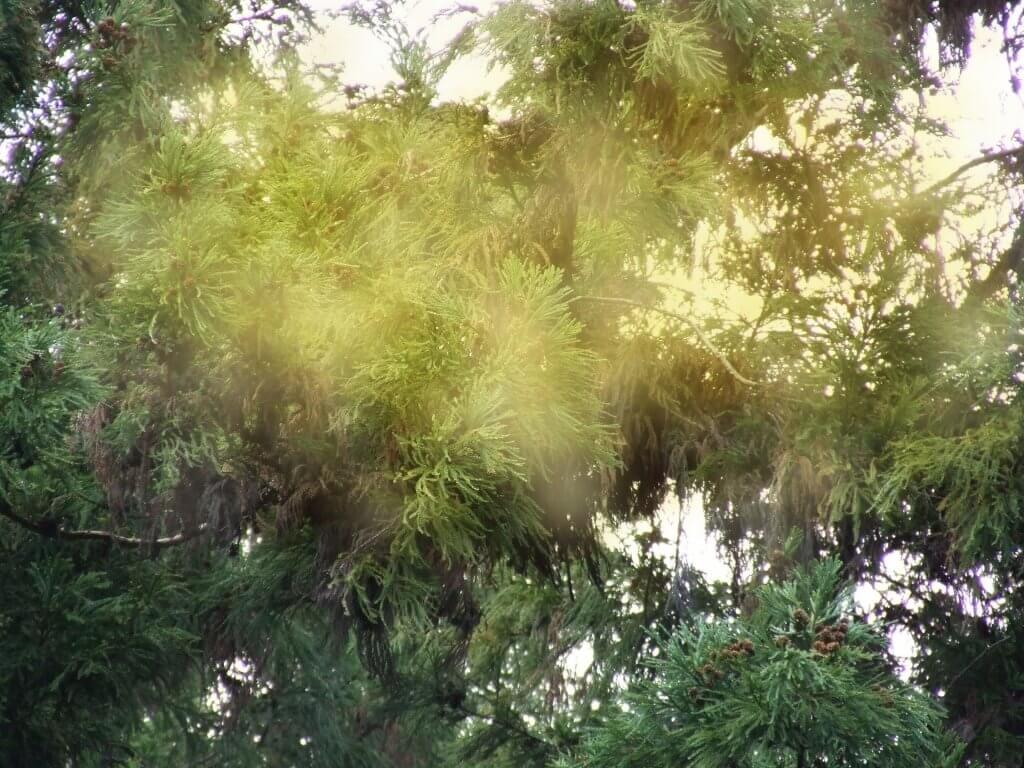 As a matter of fact, the mass suffering during allergy season in the spring is so great, that Japanese people often refer to hay fever as the national illness, or kokuminbyo (国民病) of Japan. About a quarter of Japan’s population (25 million people) are estimated to suffer from the symptoms. Sometimes it is said that not one Japanese person doesn’t know someone who is affected by it. During this season the pollen quantity is forecasted every day alongside the weather on TV, in newspapers, and on the internet. You will see many Japanese people (and even some foreigners!) wearing masks during this time between February and April. 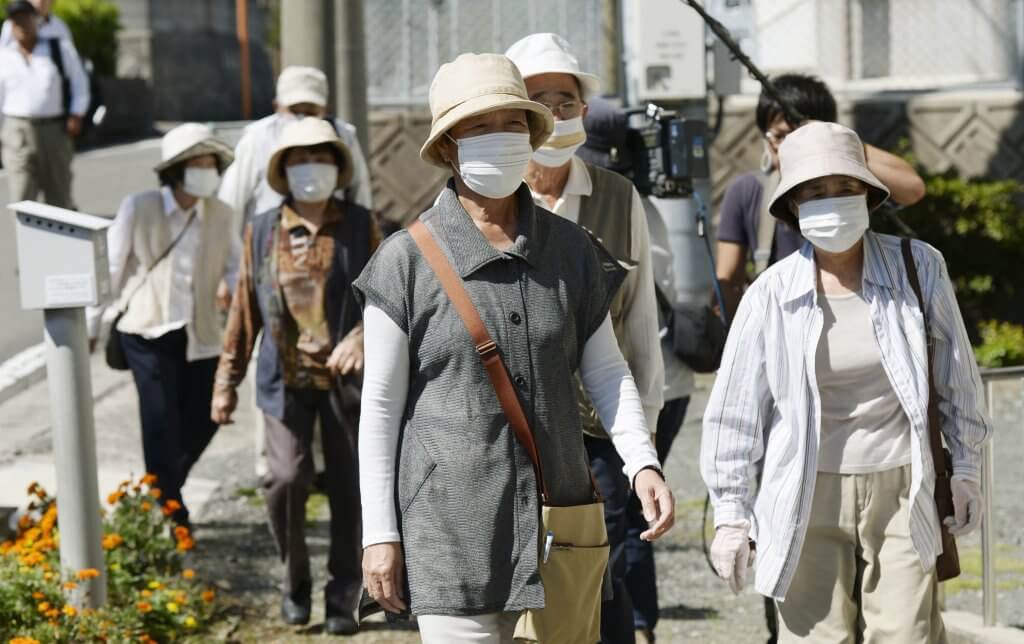 And of course, the variety of delicious food is one of the major highlights of the fall season! In Japan, autumn is known ate be the best season for eating and its abundance of harvest foods. It is sometimes called shokuyoku no aki (食欲の秋), which literally means “Autumn appetite.” Japanese people believe that their appetite increases because of the bountiful amounts of good food during this season!

Some of the most popular fall foods in Japan are: 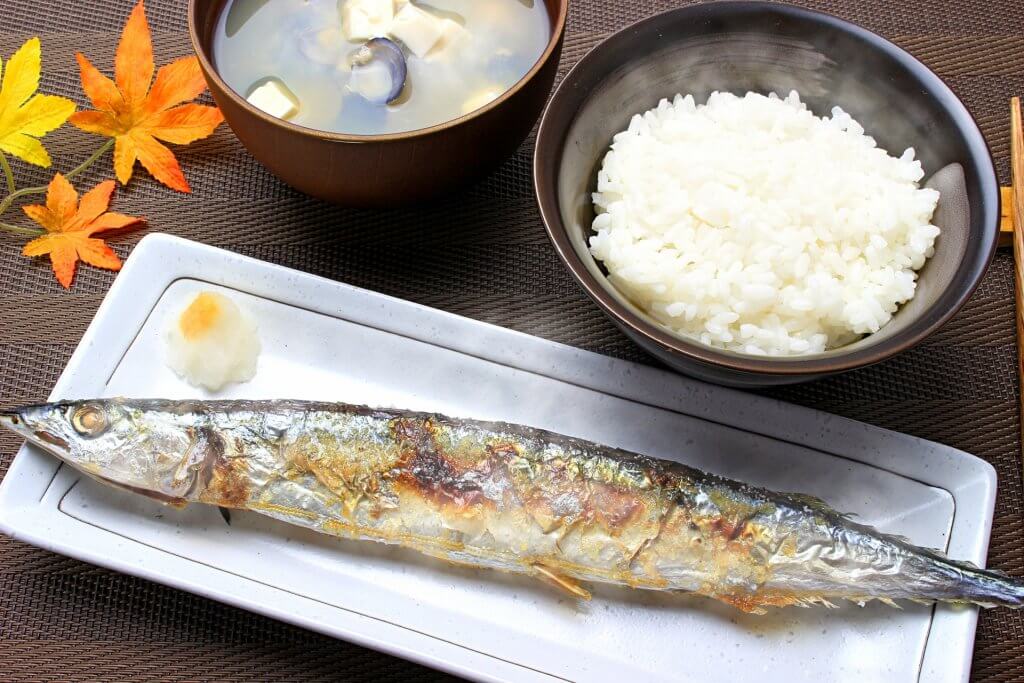 Matsutake (まつたけ) mushrooms are only available for a limited time in the fall, and are considered delicacies in Japanese cuisine. Matsutake mushrooms have a powerful and distinct spicy-aromatic odor, which the Japanese believe stimulates the appetite. The mushrooms are also quite large, and typically measure around 10 to 20 cm in length. 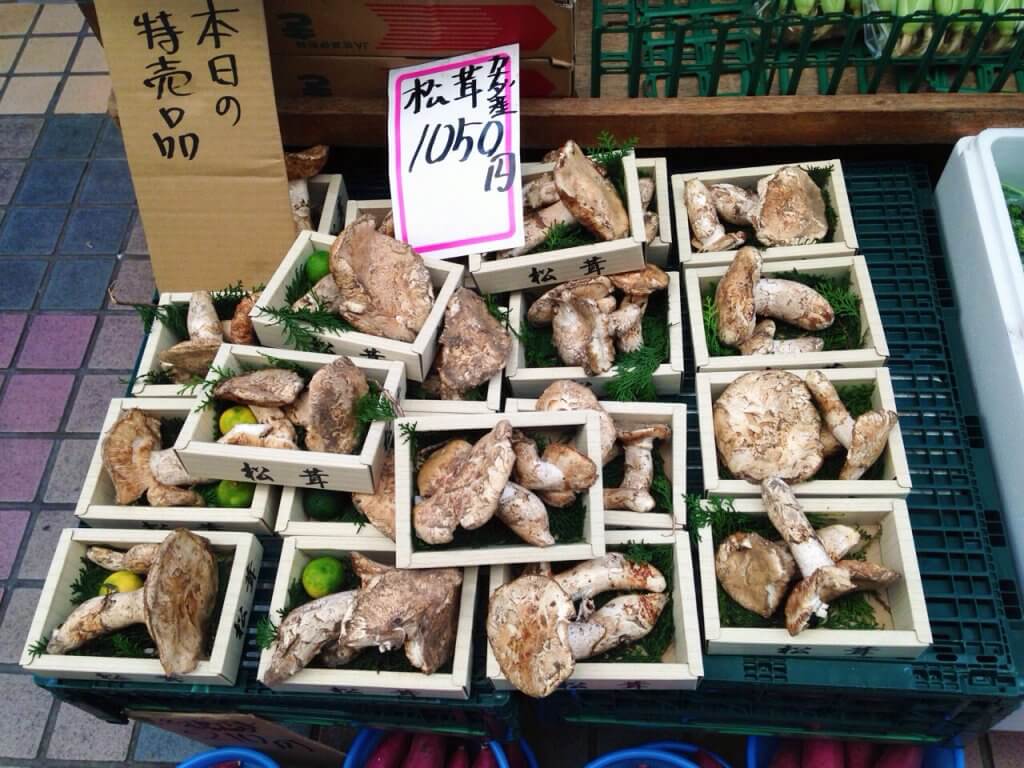 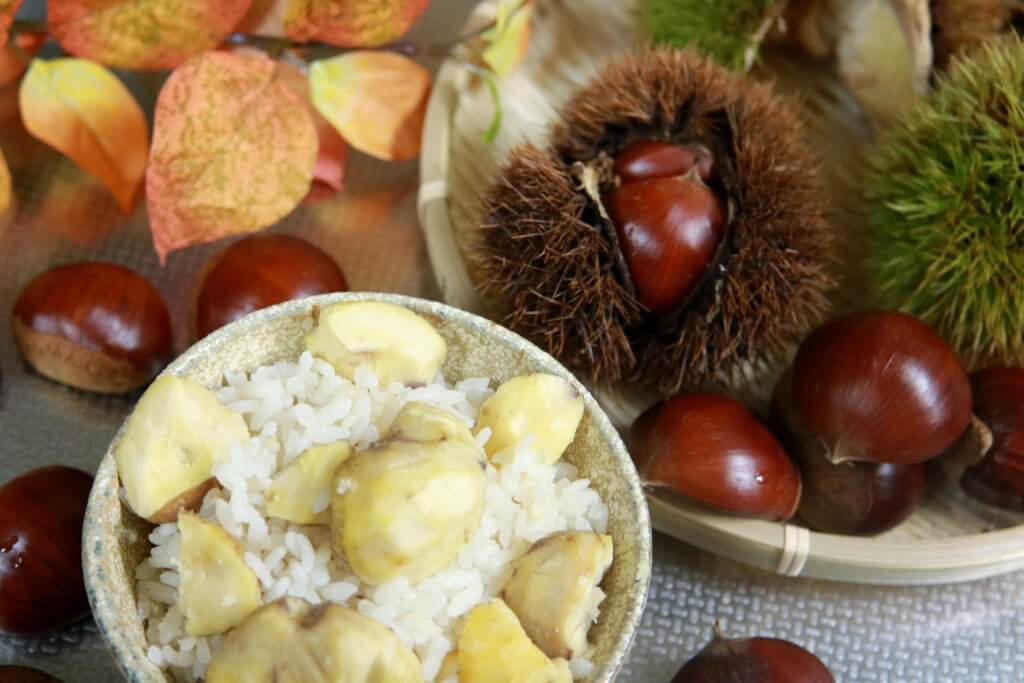 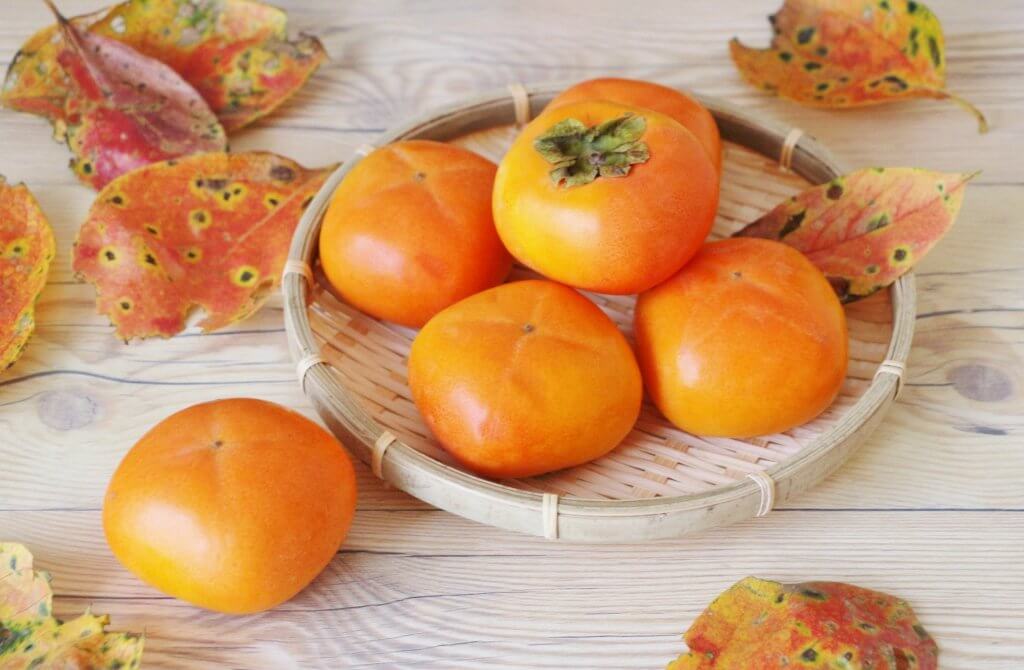 Satsumaimo (薩摩芋) are Japan’s purple sweet potatoes. The roasted version, called yakiimo (焼き芋), are sold in specialty stores and supermarkets, as well as at food stands on the street during festivals. 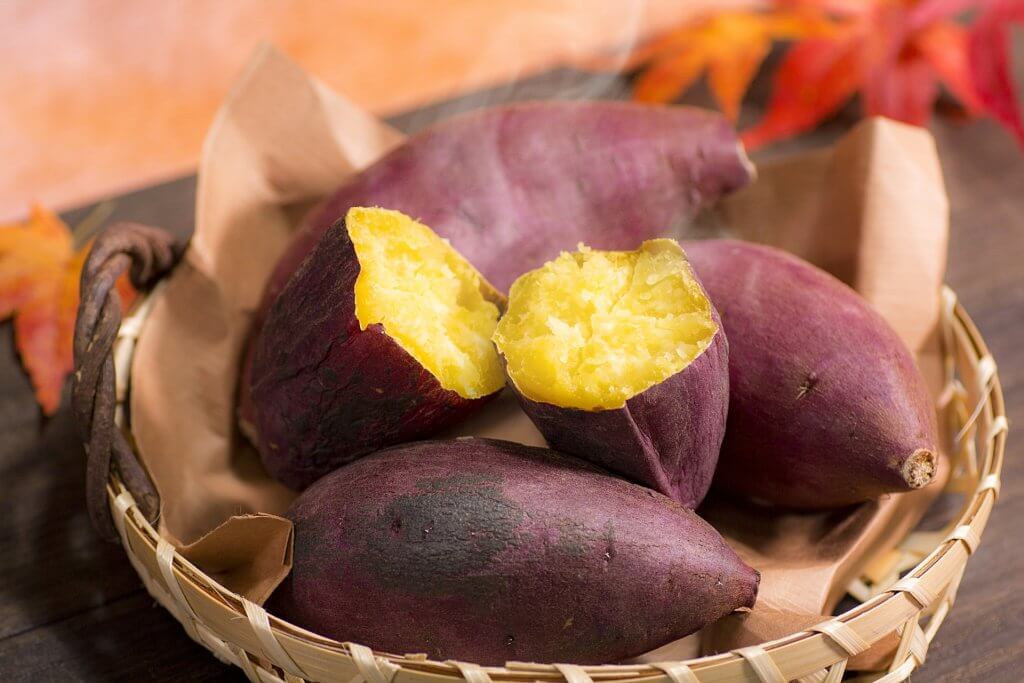 Kabocha (かぼちゃ). Kabocha is a type of winter squash, and is also known as “kabocha squash” or “Japanese pumpkin”. It is often eaten simmered and then cut into bite-sized cubes, or served in a creamy kabocha soup. 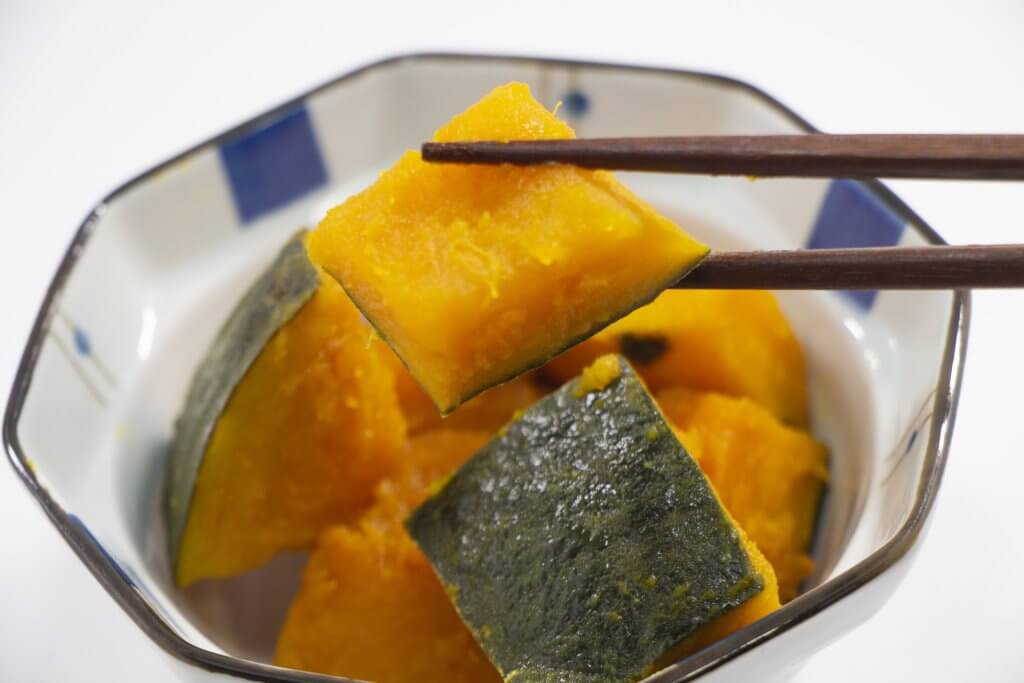 Be sure to take advantage of the fall flavors and try all sorts of snacks, soups, and even desserts based on the rich flavors of this bountiful season!