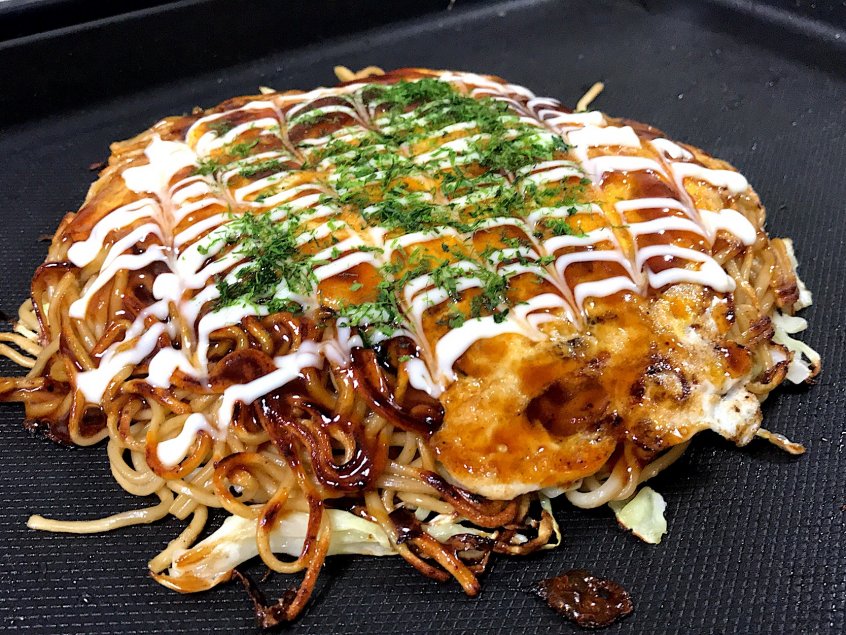 Visiting Japan but worried about finding foods that fit your dietary restrictions? Some of the most popular Japanese dishes also happen to be vegetarian. There are some dishes that have secret fish-based ingredients inside, so we compiled a list of the best foods for both strict and non-strict vegetarians alike! Here are the 10 best vegetarian-friendly Japanese foods. No meat, no problem!

Tempura (天ぷら) is deep fried seafood or vegetables in batter. Tempura is one of the easiest vegetarian Japanese foods to find when you’re on the hunt for something to eat in Japan. And, most tempura restaurants have a vegetable option on the menu, or you can ask for vegetables only. Popular vegetarian-friendly tempura include nasu (なす, eggplant), kabocha (かぼちゃ, pumpkin), kinoko ( きのこ, mushrooms), satsumaimo (さつまいも, sweet potato), and renkon (れんこん, lotus root).

Tempura can be found in many types of restaurants across the country, where it is commonly served as a main dish, side dish, or as a topping for rice bowls or noodle dishes. It is a very versatile staple in Japanese cuisine!

Japan has a number of noodle-based dishes. These include varieties of chilled noodles served with a dipping sauce, as well as dishes of hot noodles served in soup broth. A fish-based dashi broth may be used in the dipping sauces or the soup base, so be sure to ask if you’re unsure.

Soba (そば) noodles are thin, earthy, buckwheat noodles. Soba noodles are enjoyed by the Japanese both hot and cold. Cold soba noodles, called zarusoba, is a popular food in the summer. Zarusoba is typically served on a bamboo tray along with seaweed, spring onion, wasabi, and dipping sauce – if you’re a strict vegetarian, you may want to avoid the dipping sauce as it is made of dashi (broth) using dried bonito. However, if this isn’t a problem, then feel free to dip your noodles in it.

Udon (うどん) noodles are thick, chewy, white, noodles made from wheat. Like soba, Japanese udon also comes with a wide range of toppings and fillings. Vegetarians should be able to order a vegetable-only version, without all the meat and fish toppings, but again, the broth will likely be dashi, which is made of dried bonito fish. To avoid this, you can order plain, cold noodles that don’t come in broth, as some udon restaurants may also have a cold broth-free version.

Kitsune udon is thick flour noodles topped with sweet and salty fried tōfu. This dish would be okay for non-strict vegetarians. The two toppings on top of the tōfu in the picture below are called kamaboko, which is a fish paste cake.

And finally, another noodle option is sōmen (素麺), which are very thin noodles made of wheat flour. Sōmen noodles are usually served cold with dashi dipping sauce, and are very popular during hot summer days.

Okonomiyaki (お好み焼き) is often described as a savory Japanese pancake. The batter is made from egg, cabbage, and flour, which is then mixed with your favorite toppings to form a giant pancake. Although it usually isn’t vegetarian, it can be turned into a vegetarian dish pretty easily. At many okonomiyaki restaurants, you can choose your own ingredients and make your own right at your table. Some popular vegetarian add-ins include cheese, sticky mochi rice or kimchi (spicy pickled cabbage).

Another version of this dish is Hiroshima-style okonomiyaki, which includes noodles in the batter along with eggs, lots of shredded cabbage, and is topped with a type of Worcestershire sauce. Again, you can choose ingredients which are vegetarian. But whether you’re vegetarian or not, it’s certainly worth a try!

Onigiri (おにぎり, rice balls) are the go-to snack for Japanese people in Japan. At their simplest form, they are just a ball of sticky rice wrapped in nori seaweed, and usually have some sort of meat, fish, or vegetable in the center. Onigiri can be found at every convenience store and supermarket, and make good on-the-go snacks or meals. They usually cost only about 100-200 yen each!

Recently, many labels on onigiri have included English writing as well. This makes it very easy for you to see if the fillings are vegetarian or not. The most common vegetarian flavors of onigiri are plain (slightly salted), umeboshi (梅ぼし, pickled plum). Another popular filling is konbu seaweed, which doesn’t contain meat, but is typically cooked with dashi and/or scallops, so keep this in mind if you are a strict vegetarian.

Yaki onigiri (焼きおにぎり), which literally means “grilled onigiri” or “cooked onigiri”, is grilled rice balls covered in a soy sauce glaze. Yaki onigiri is usually served with pickles on the side, making it a solid vegetarian option. You can order yaki onigiri at almost any izakaya-style restaurant, and even find it at some convenience stores.

Kushimono (串物), or skewered food, is available everywhere in Japan. Skewers grilled over an open flame are known as kushiyaki. Popular types of kushiyaki are yakitori, but kushiyaki restaurants have lots of grilled vegetable skewers as well. Typical kushiyaki vegetable skewers are peppers, mushrooms, onion, and eggplant.

And, kushikatsu (also known as kushiage) refers to skewers of lightly-breaded foods that are deep-fried and served with dipping sauce. Kushikatsu restaurants also offer many vegetable options, such as shiitake mushrooms, green peppers, onions, eggplant, lotus root, as well as some other ingredients that aren’t found in tempura (the first food on this list), like mochi (sticky rice balls) and gingko nuts.

Though you may not think of Japan when you think of curry, curry is actually really popular with Japanese people, and Japan has its own take own this traditionally Indian dish. Called karē (カレー) in Japanese, Japanese curry is quite thick and sweet, as it gets its flavor from garam masala, curry powder, bay leaves, potatoes, and beef broth. Some Japanese curry is sweetened with apples, asian pears, or honey. Many Japanese curry restaurants will offer a vegetable curry, but it’s almost guaranteed that the base was made with beef, chicken or pork.

There are curry restaurants everywhere you look in Japan, and the largest chain curry chain restaurant is Coco Ichibanya. Coco Ichiban actually has a separate green vegetarian menu with a variety of different vegetarian/vegan curries. If you’re not too big on spicy food, don’t worry – you can select your level of spiciness and ingredients.

The vegetarian menu is not available in all their locations (Click here for a full list), but the easiest way to check is to search on Google Maps for the location nearest to you, and see if the vegetarian menu is mentioned in the reviews or in the photos uploaded by other users.

If you’re vegetarian, chances are that you already eat tōfu (豆腐) quite regularly! You can find tōfu almost anywhere in Japan, which is heaven for people who rely on plant-based proteins instead of meat. Tōfu can easily be bought at convenience stores, supermarkets, and restaurants. There are even restaurants that specialize in serving tōfu in different forms as multi-course meals. Strict vegetarians should be aware that some tōfu, especially when fried, is cooked or prepared in dashi broth. It’s always a good idea to ask when ordering.

That being said, there are a couple of vegetarian-friendly tōfu options that you can’t go wrong with:

Goma dōfu (ごま豆腐) is actually made from sesame paste, not soy. It is served cold and topped with a small dab of fresh wasabi. The texture of goma dōfu is very different from regular tōfu, as it is quite soft and creamy.

Kōyadōfu (高野豆腐) is freeze-dried tōfu that is the specialty food of Japan’s famous sacred Mount Kōya. The texture of Kōyadōfu is very spongey, and when you bite into it, the water it was prepared in will fill your mouth!

Yudōfu (湯豆腐) is a tōfu and vegetable hotpot. Enjoyed in the winter, this dish is packed with mushrooms, sprouts, green onions, and of course, lots of tōfu. The ingredients all simmering in the pot give the tōfu a nice flavor.

Though sushi is traditionally made with raw fish and rice, there are vegetarian pieces of sushi available. Some popular flavors are cucumber rolls, daikon radish rolls and nattō (納豆, fermented soybean). Another kind of sushi that’s incredibly popular is tamago (たまご), or Japanese-omelette-style egg. However, the egg is usually cooked in dashi, so strict vegetarians should avoid it.

Another option for non-strict vegetarians is inarizushi (いなり寿司), which is is vinegared sushi rice stuffed inside a slightly sweetened fried tōfu pouch. Like previously mentioned, fried tōfu is typically prepared with dashi, so the tōfu pouch of inari-zushi may not be suitable for hardcore vegetarians.

We saved the best for last! Shōjin ryōri (精進料理) is the traditional all-vegetarian cuisine eaten by Buddhist monks in Japan. Shōjin ryōri is famous for being healthy, delicious, flavorful, and completely vegan. Shōjin ryōri is usually served on a tray with a variety of small bowls and dishes, and will likely include some of the foods previously mentioned on our list – such as tempura and tōfu – plus even more great vegetarian foods!

Shōjin ryōri is served at some temples, and many ryokan inns. There are also some restaurants around Japan devoted to serving this type of cuisine. One of the most famous places to enjoy real shōjin ryōri is at a shukubō, one of the temple inns on Mount Kōya.

Shōjin ryōri is a bit expensive compared to more casual food items on our list, but it is definitely worth it. Eating an authentic vegan shōjin ryōri meal is a true experience, and a great way to enjoy traditional Buddhist culture that has been perfected over the course of centuries.

And try our website Japanese Festival finder You can search Japanese festivals before you come to Japan.