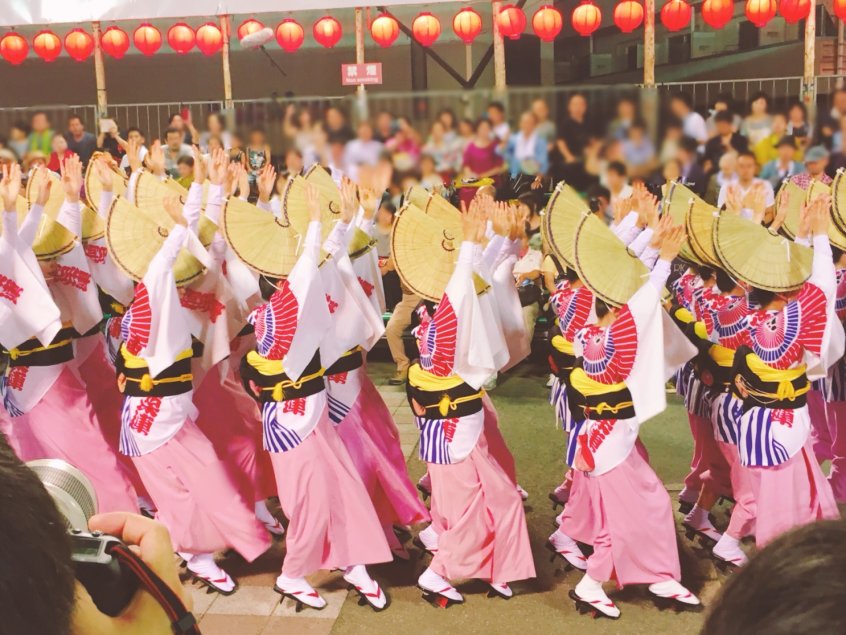 August is peak summer festival season in Japan! The number of festivals, and also the huge size of the events, is better in August than any other time of year in Japan. These 10 events are some of the biggest and best of August, but also all year! Read on to discover the top 10 things to do in August in Japan.

This is the largest summer event in Hakodate. There is a fireworks display at the port on the first day that kicks off the festivities to come. The “Wasshoi Hakodate” consists of several parades, which involve over 20,000 paraders. In the parades, women dressed in kimono dance a traditional Hakodate Port Dance, some perform passionate YOSAKOI dances, and the others dance a Squid Dance, which is Hakodate’s specialty. The Squid Dance is so easy that the spectators can join the parade and dance it together with the dancers.

This popular events is one of the four major festivals in Hirosaki City, Aomori Prefecture. Many citizens walk through the city, drawing floats where the warriors were drawn. More than 80 incredible Neputa lantern floats are paraded through the city.

The Nagaoka Matsuri festival is held every year from August 1 – 3, and the fireworks are launched on the evenings of August 2 and 3. The festival first originated after World War II, as the city of Nagaoka struggled as a result the war, so the festival was held to support the people affected and raise the city’s spirits. The Nagaoka Fireworks Festival is set apart from other large fireworks festivals in Japan because the fireworks are synchronized in time with music. The entire show is about 2 hours long, and launches an impressive 20,000 fireworks.

This is a traditional festival that originated about 500 years ago. The entirety of Yamaguchi City is filled with red, glowing lanterns, and numerous events are held over the course of 2 days. The streets turn into lantern-lit tunnels just in time for an evening shrine procession through the town.

IThe Sendai Tanbata festival has been a nationally-known festival since the time of Date Masamune, a famous samurai. This popular festival features incredible colorful tanabata decorations, in addition to a number of events, parades, stage performances and dances – all over the course of three days.

This big Awaodori has a history of 400 years, and its name is also known to the world. Following the accompaniment of instruments such as shamisens, drums, small gong and flutes, a group of dancers perform traditional arts called Ren dances. It is a massive crowd of colorful outfits, props, and music! There are several viewing spots, so please check the official website before you go!

Outdoing every other fireworks display in Japan, this breathtaking display has over 40,000 rockets launched over the lake, creating stunning reflections on the surface of the water. The biggest viewing area is in Suwa City on the southern side of the lake. It gets incredibly busy, so before you visit, be sure to have your travel cards charged and routes home planned. It’s certainly worth it though, for there’s no other fireworks show in Japan that comes even close to the scale of this event.

This festival is a historical event that began as a memorial service to console the victims of the great famine of Tianmi and Tenpo (1833-1835). In this event, colorful lanterns are floated down the Hirose River, and at night, there is a fireworks show, where onlookers can enjoy a display of fireworks set a to the tone of a synthesizer.

The Noboribetsu area is known for its sulfur smell where both steam and smoke erupt from the ground. That’s why the area is known as Hell Valley. This festival brings that name to life, as the blue and red demons of Noboribetsu emerge together with Enma Daioh (The King of Hell) once every year on the final Saturday & Sunday in August to take part in parades and other events on the streets of the town.