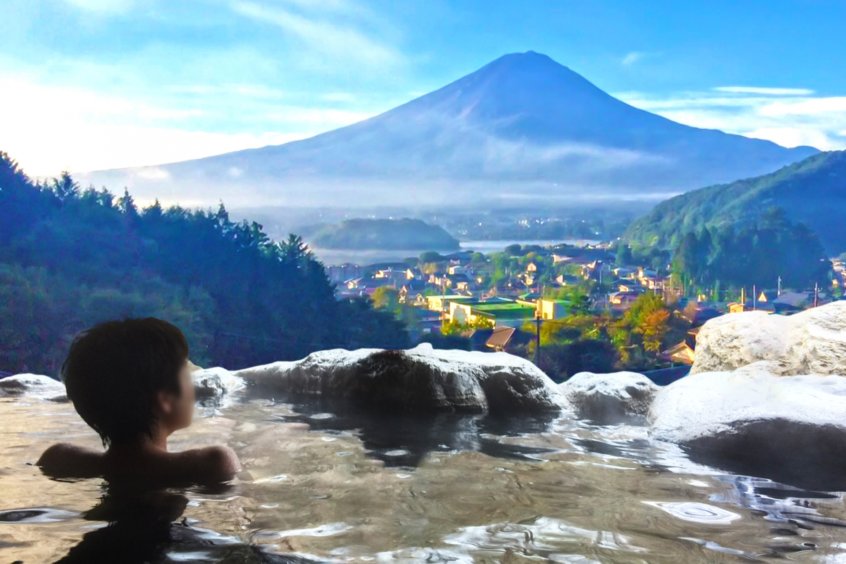 Japan’s onsen (温泉) or natural hot springs, have been a part of Japanese culture for thousands of years. Traditionally, people with tattoos were banned from entering onsen in Japan. However, in recent years, more and more onsen facilities are declaring themselves to be more “tattoo-friendly”.  Here is a list of the top 10 tattoo-friendly onsen in Japan. 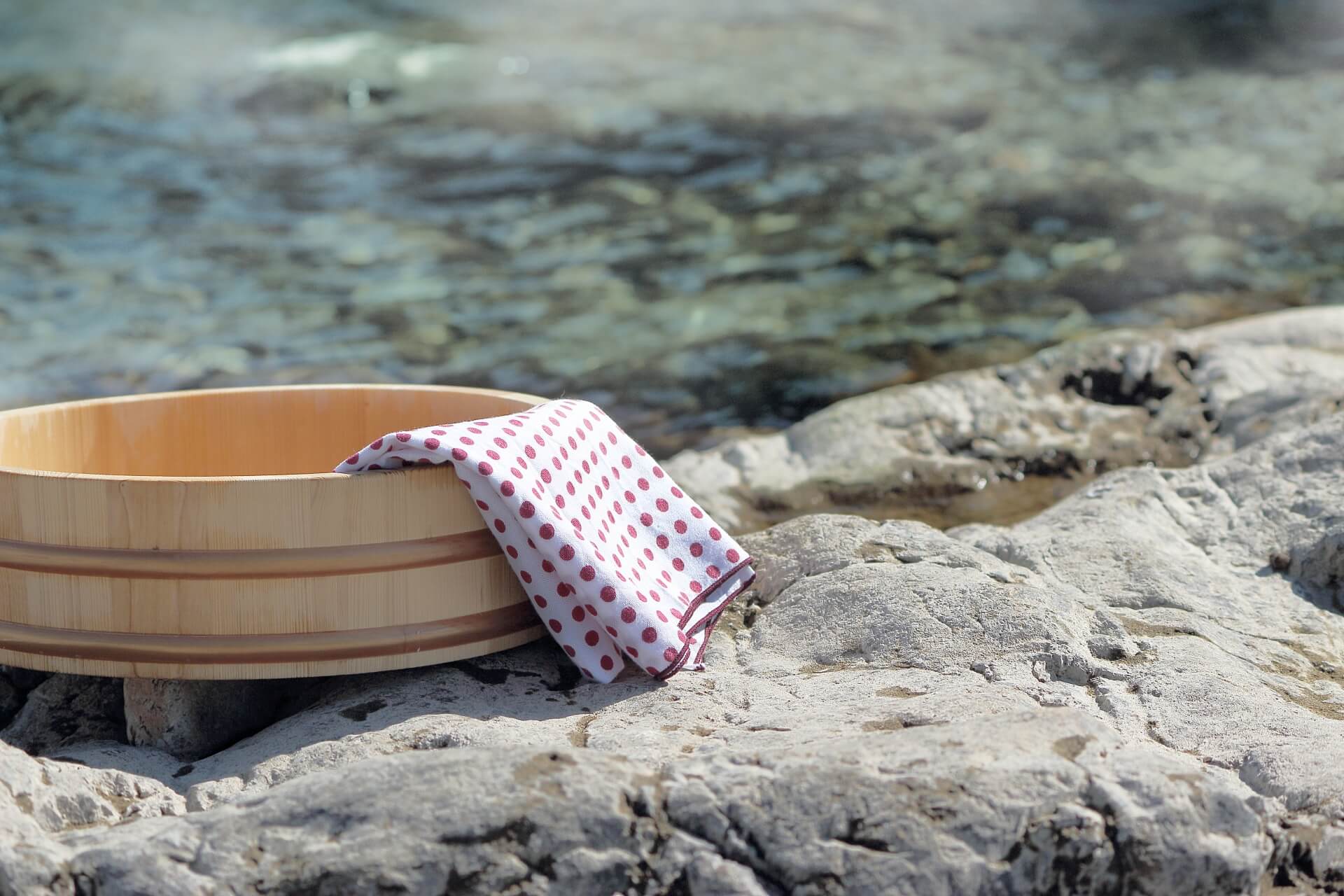 An onsen  (温泉) is a Japanese hot spring. The term onsen also refers the bathing facilities, traditional inns, and in some cases, entire onsen towns that are situated around a hot spring. Japan has thousands of onsen throughout all of its islands, and they come in many types and shapes, as well as both outdoor and indoor baths.

Onsen have been an important part of Japanese culture for thousands of years. In fact, even the oldest books describing Japanese history published in the 6th century had already noted the importance of onsen in Japan. It is written that onsen were first used for a religious Shinto purifying ritual, as well as for the enjoyment of the emperors. Since then, the bathing culture of onsen spread across the country,  even reaching the citizens, as entire towns were built with the hot springs at the center. It is also said that the reason people began to gather around onsen was to hunt the wild animals that came to drink the hot spring water.

Traditionally, visitors with tattoos weren’t allowed to bathe in onsen because of an association with tattoos and organized crime. The tattoo ban was to keep out yakuza and members of other crime gangs who were traditionally inked with elaborate full-body tattoos. These days, attitudes are changing, but businesses can still legally refuse to allow people with tattoos to bathe in the onsen. As of 2015, a reported 56% of onsen operators in Japan had banned people with tattoos from using their facilities. 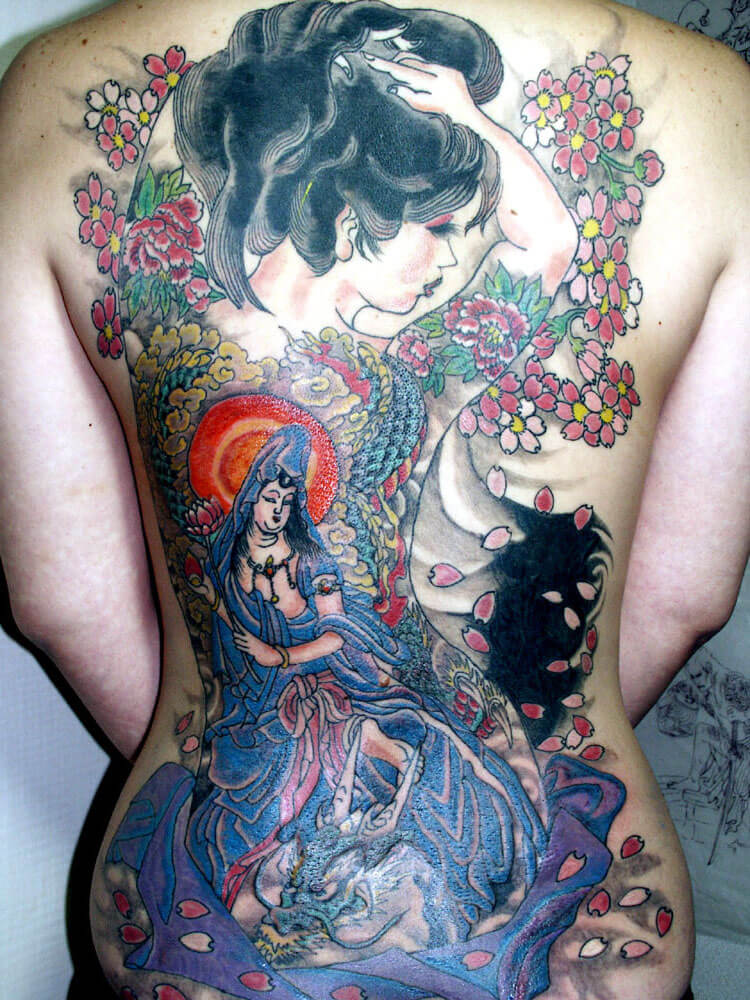 As Japan is becoming more globally-minded, the treatment towards people with tattoos is also changing as well. A 2015 study by the Japan National Tourism Organization (JNTO) found that more than 30% of onsen operators at hotels and inns across the country will not turn someone with a tattoo away, and another 13% said they would grant access to a tattooed guest under certain conditions (i.e. having the tattoo covered up). In some cases, this trend of lightening up on policies has been specifically to accommodate to foreign tourists. In an effort to profit from Japan’s increasing tourism, some onsens that previously banned tattoos are now allowing guests with small tattoos to enter if they first cover them. 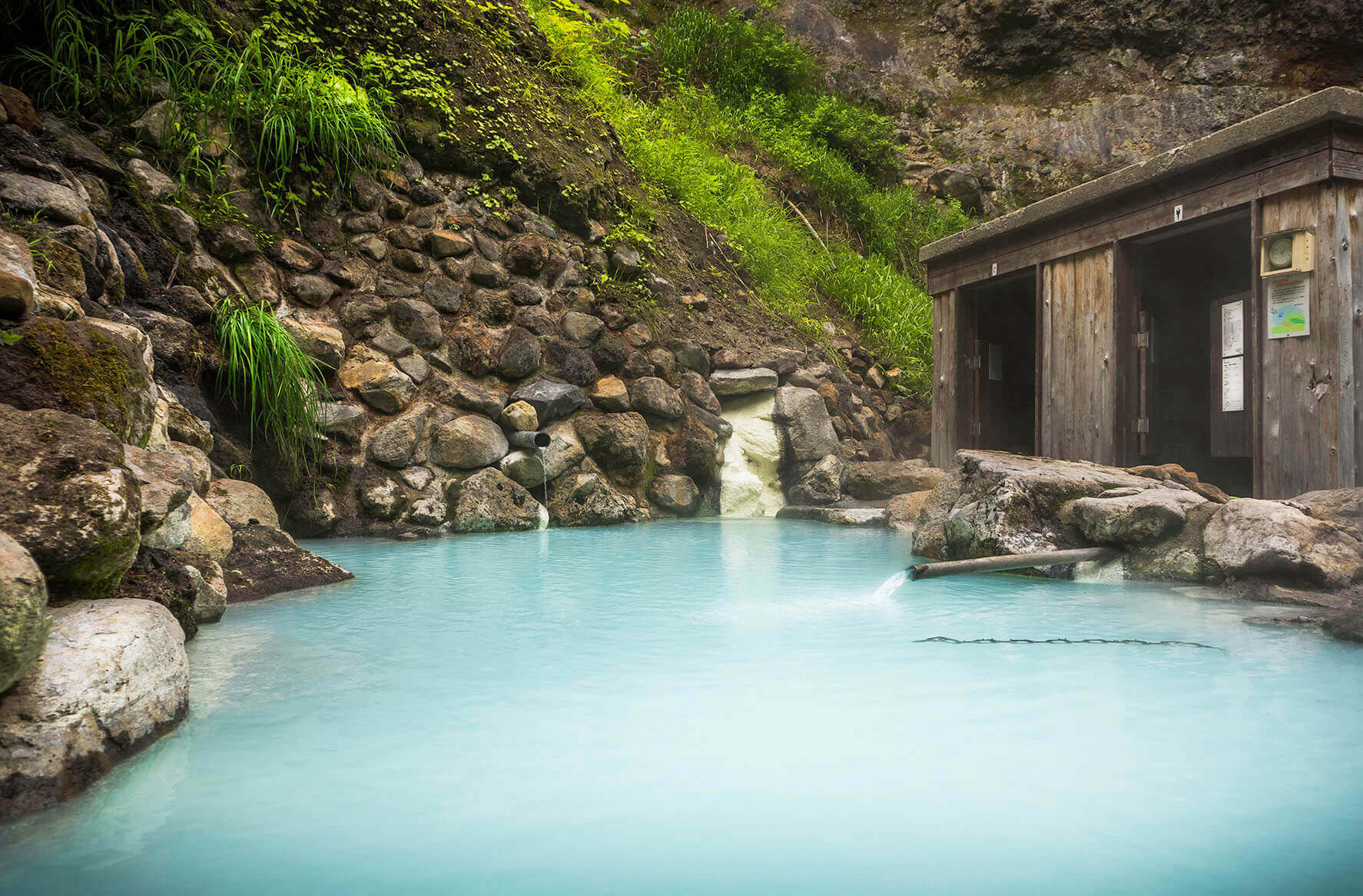 Tsubame Onsen (燕温泉) is a group of two beautiful blue/white hot springs surrounded by natural rock and stone. The mineral-rich waters are said to have great healing properties for rheumatism, neuralgia, and various skin ailments. This secluded onsen is located near Mt. Myoko in Niigata Prefecture. 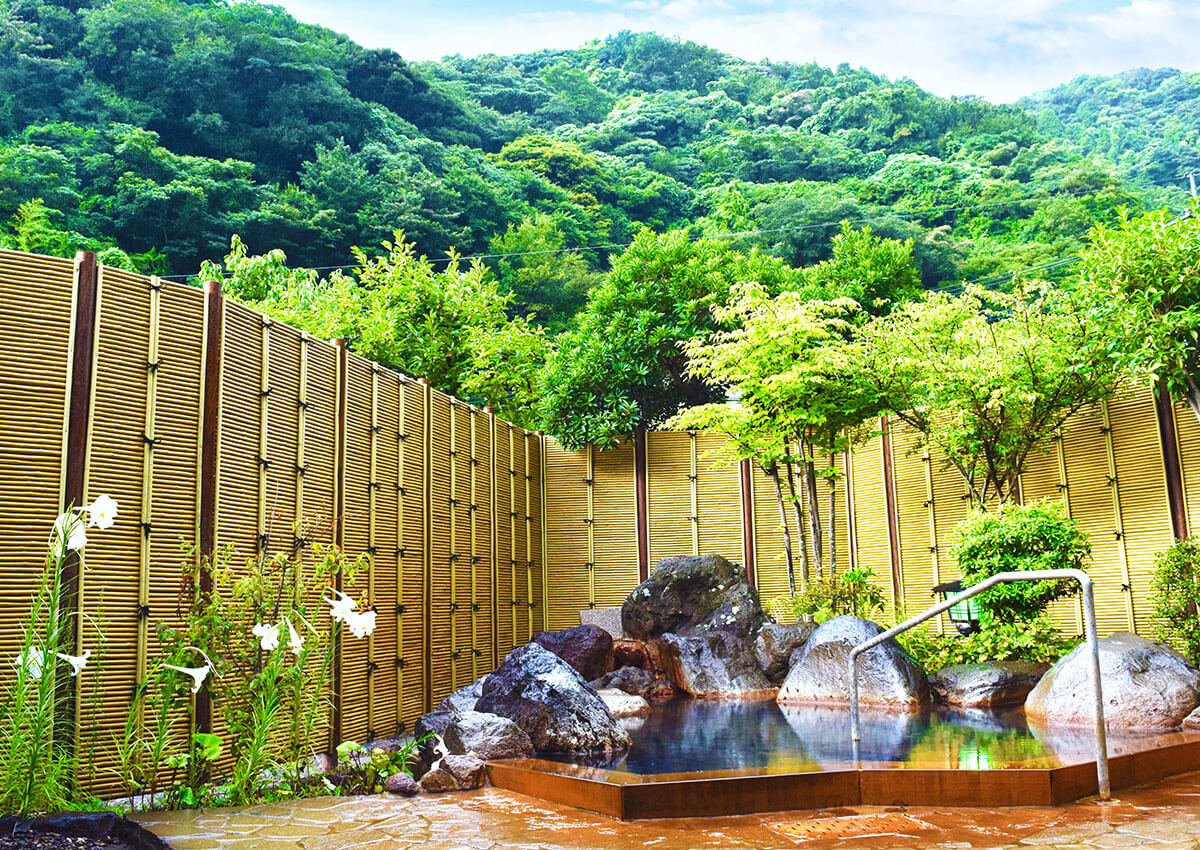 Shibaseki Onsen (柴石温泉) is just one of many hot springs in Beppu that people with tattoos can enjoy. Beppu, known as Japan’s onsen capital, actually has a large number of tattoo-friendly onsen. Shibaseki Onsen in particular is well-known for its medicinal power, as it is said to heal cold muscles and even bruises. Legend has it that Japanese emperors soaked in these healing hot spring waters as far back as 1044. 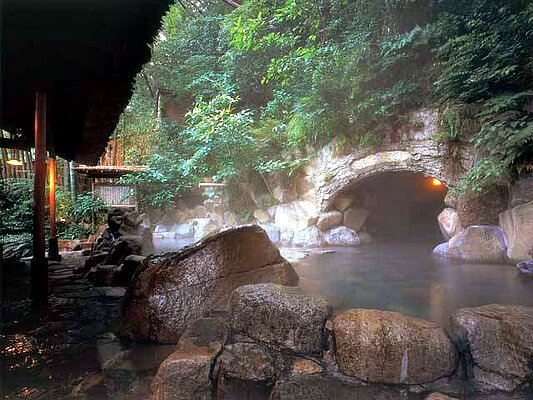 Hakone is well-known for its beautiful scenery and fantastic hot springs. Not only is Tenzan Tohji-kyō (天山湯治郷) tattoo-friendly, but the waters include an Alkaline bath, which is good for your skin, and a natrium bath, which is good for warming the body. The baths vary in water quality and temperatures to provide a variety of benefits to help people with skin problems, muscle soreness, joint pain, and more. 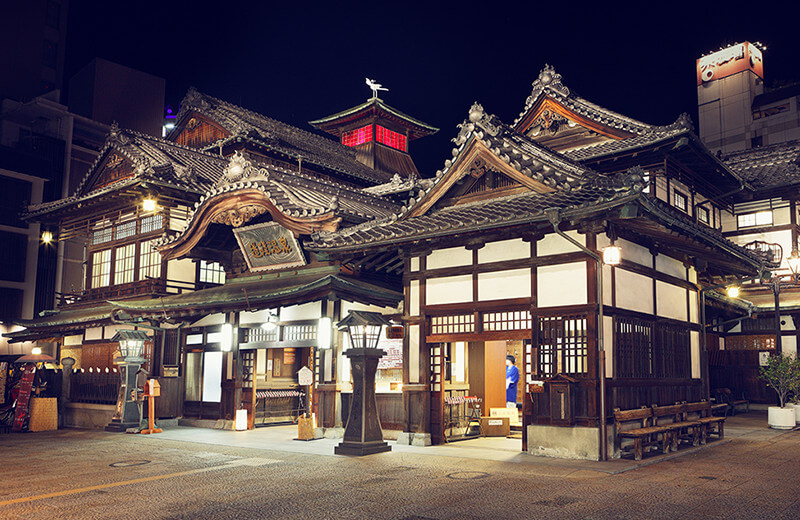 Dōgo Onsen Honkan (道後温泉本館) is one of Japan’s oldest and most famous onsen. It was built during the Meiji Period in 1894 and contains two gender-separated, old-fashioned public baths made of stone. The building’s beautiful exterior is said to be one of Ghibli’s inspirations for the iconic bathhouse in Spirited Away. 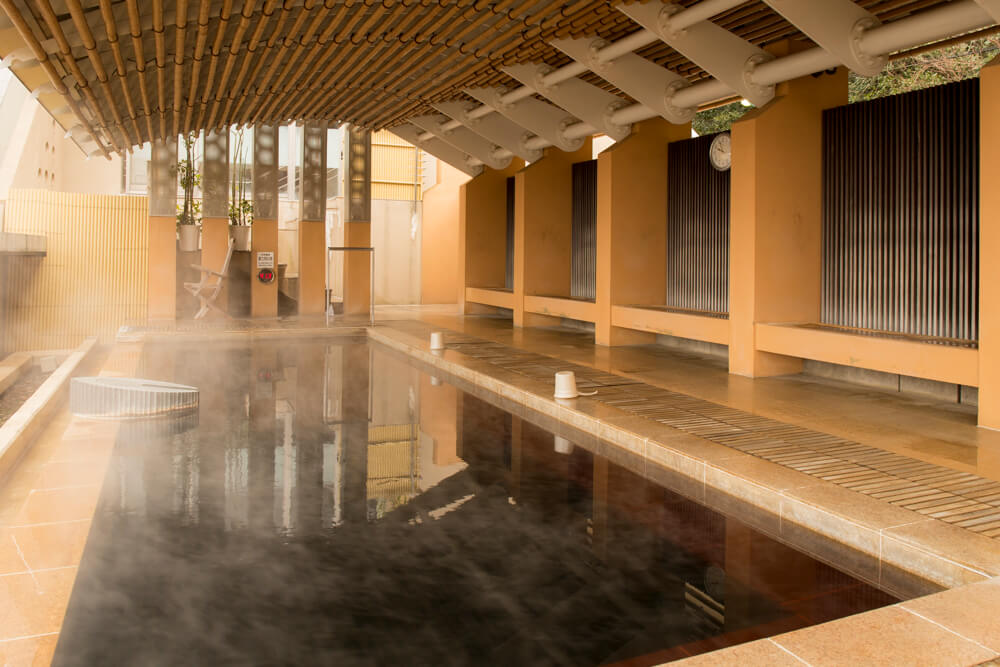 Yamato no Yu (大和の湯) is s a modern, aesthetically-pleasing public bath house that isn’t far from Narita Airport in Chiba. The location makes it a great spot for people near the airport that are looking to experience a Japanese onsen. Yamato no Yu also has a relaxation area, a restaurant, a sushi bar, a gym, and a spa. 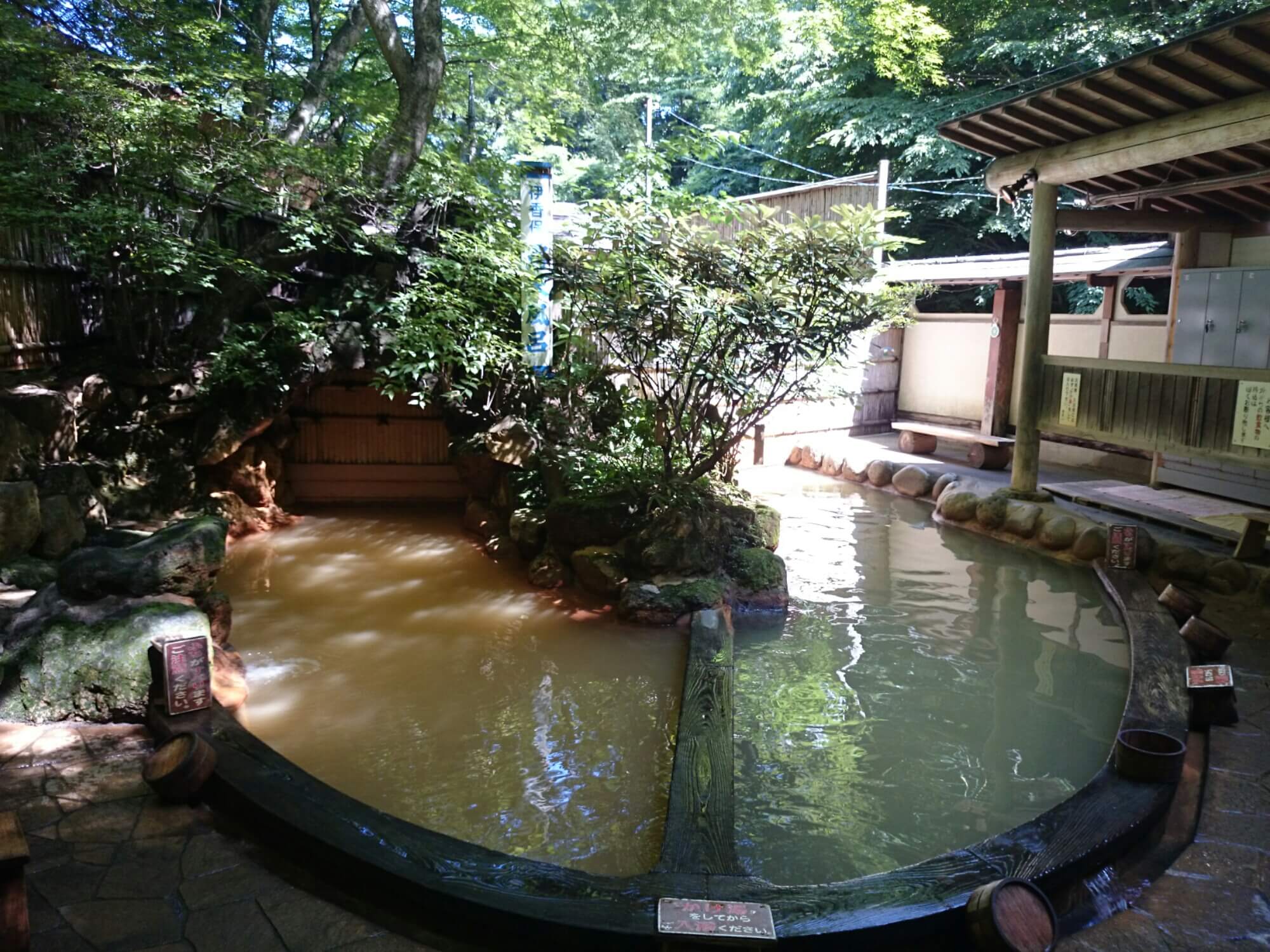 Ishidan no yu (石段の湯) is an onsen facility in one of the most famous hot spring towns, Ikaho onsen in Gunma Prefecture. The area is well-known for its 365 beautiful stone steps, and located at the bottom of the steps is the Ishidan no Yu. This onsen’s iron-rich “golden water” is available for guests to bathe in for a low price. 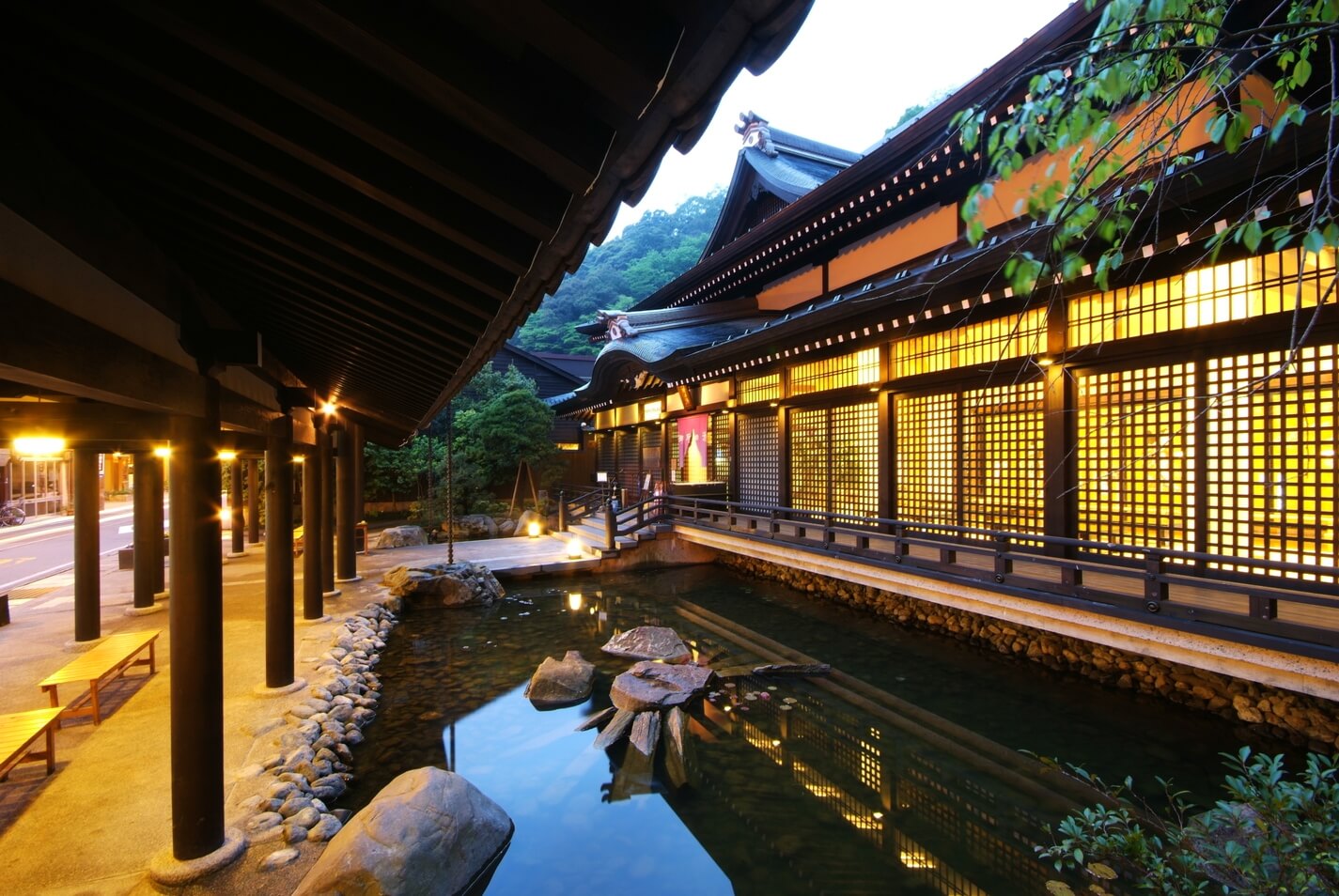 Kinosaki (城崎温泉) in Hyogo Prefecture is known throughout Japan as being one of the best hot spring towns. Fortunately for foreign tourists, all seven of Kinosaki’s public onsen are tattoo-friendly. Visitors who come to bathe in the hot springs can also enjoy the streets, restaurants, hotels, and charming atmosphere of this famous hot spring town. 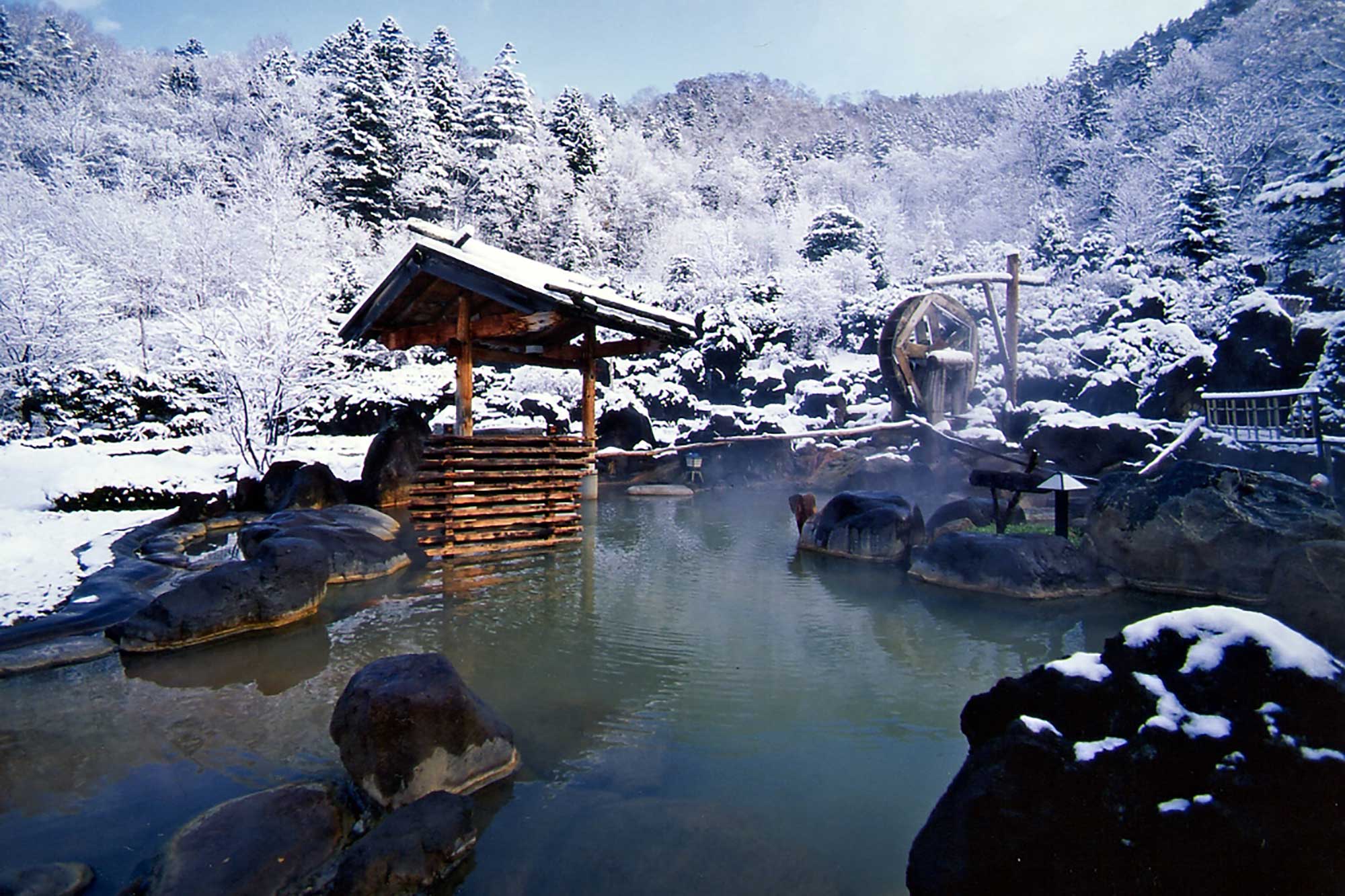 Hoheikyō Onsen (豊平峡温泉) in Hokkaido is famous for its massive open-air bath that’s surrounded by a big, professionally-maintained garden. The floors and walls of the hot spring are lined with large, rough stones, and they are said to be good for the skin. In addition to the large outdoor bath, there are also two smaller indoor baths. Visitors who wish to spend a day there can also dine at the in-house authentic Indian restaurant. 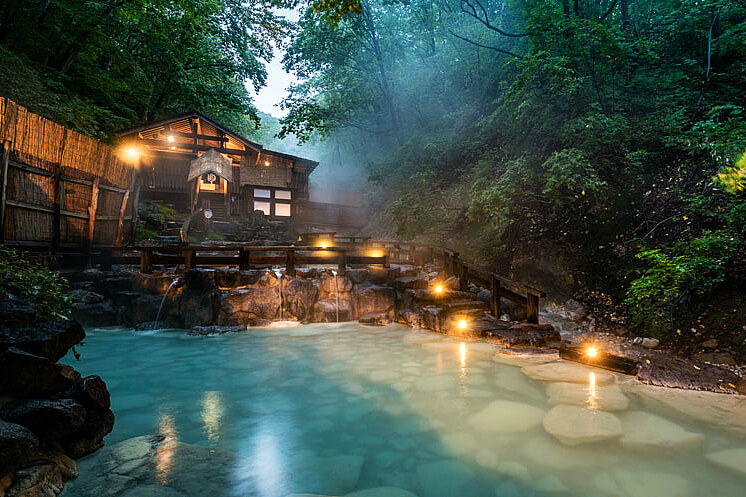 Zaō Onsen (蔵王温泉) is a traditional hot spring village with a very long history dating as far back as AD 110. The beautiful blue waters are surrounded by mountains and lush nature, making it a very popular destination for both Japanese people and tourists alike. Zao Onsen is beautiful year-round, but the town is especially popular in the winter, as the mountain becomes a ski resort as well. 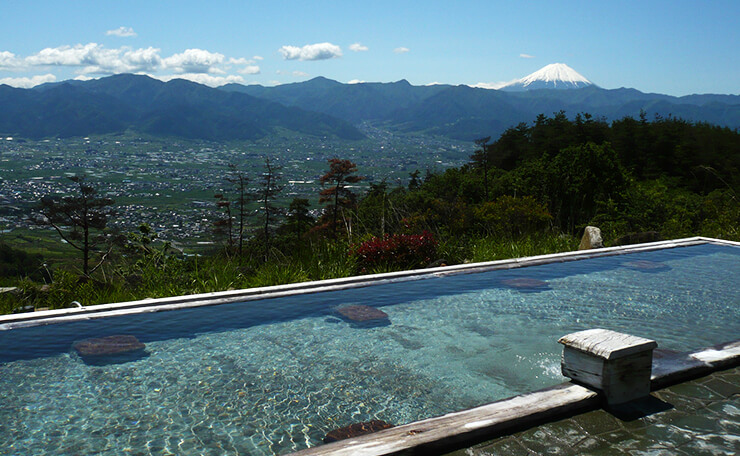 Hottarakashi Onsen (ほったらかし温泉) in Yamanashi Prefecture is well known for its two outdoor baths that are located at an altitude of 700 meters above sea level. Both baths offer impressive views of  the surrounding landscape, including Mount Fuji. The baths themselves are quite simple, and the waters are clear and gentle, but it is the sheer incredible view that draws many people to this popular onsen.