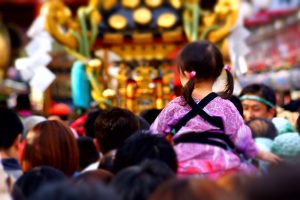 Japan’s summer season is notoriously hot, but it’s also very fun! Here’s a list of the most popular activities to do during the summer months in Japan.

Known in Japanese as natsu matsuri (夏祭り), summer festivals are easily one of the most popular events that are held during summers in Japan. From the big multi-day festivals like Gion Matsuri and Mitama Matsuri that are attended by hundreds of thousands of people, to the little local festivals held in small towns, natsu matsuri are fun gatherings that always offer great street food, music, and colorful yukata!

Make A Wish During Tanabata

Originating from an ancient folktale about a prince and a princess separated by the Milky Way, tanabata (七夕) is a Japanese holiday that is also known as the Star Festival. In the story, the lovers were only allowed to meet once a year on the seventh day of the seventh month, and therefore this holiday is always held on July 7th. Japanese people celebrate tanabata by writing wishes on small pieces of paper called tanzaku (短冊) and hanging them on bamboo trees. The bamboo is often burned or set afloat down a river by midnight the next day, however many local areas in Japan have their own tanabata customs. 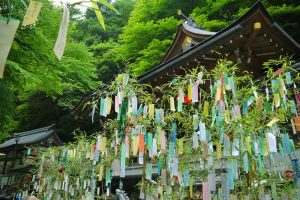 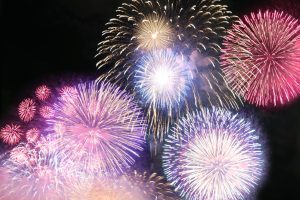 Fireworks displays in Japan are no small event! Thousands of people gather ahead of time to claim a good seat, many of them coming dressed in colorful summer yukata. Families come with food and drinks, and hanabi (花火) is also a popular date for young couples. For a list of the biggest and most popular fireworks displays during the summer in Japan, check out this list. 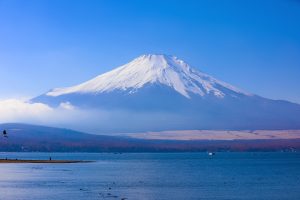 A true symbol of Japan, the magnificent Mount Fuji, or Fuji-san in Japanese, is an incredibly popular tourist attraction all year round – however, due to the snowy peaks, it is only open to be climbed during the warmer months. The best time to climb Fuji-san is from early July to mid-September, when the weather is warm and the trails and mountain huts are officially open to climbers. It is very popular for hikers to time the climb in a way that allows them to reach the 3776-meter peak during the early hours of a clear morning, when the view from the peak is the most beautiful. 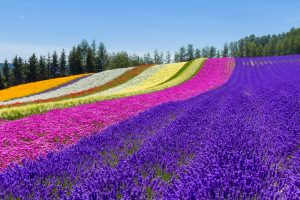 Although summer in Japan is incredibly hot, the summer months in Japan’s northernmost island feel much more like spring. The climate is moderate, the breeze is still cool, and flowers bloom in a way that truly resembles spring. The vast summer gardens in Hokkaido are wonderfully colorful, and are therefore an incredibly popular tourist spot. Although lavender is quite popular, there are a number of types of flower fields. For a list of the most popular Hokkaido summer flower gardens, click here! 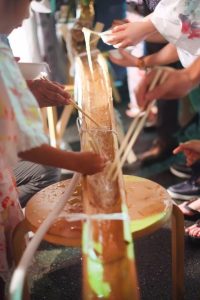 Japan loves to enjoy traditional foods for every season and occasion, so of course the country also has some great traditional summer foods that are eaten during the hot summer months in Japan! Many Japanese people love to have kakigori (shaved ice) and nagashi somen (noodles flowing down a small slide) during the summer. And of course, watermelon, or suika in Japanese, is also popular in the summertime! Japanese kids love to play suikawari, a game where people smash a watermelon with a stick! The rules are simple: one person stands blindfolded holding a long or stick, and the people around them calls out directions so that they can strike the watermelon with the stick and split it open.

As you can see, there is lots of fun to be had in the sun during the summer in Japan. If you visit Japan in the summer, what is on your list of things to do? Feel free to share your photos and stories with us on our Facebook page at Japanese Language and Culture!
Why don’t you get a perfect Hanko gift for Japan lover? Peek a Hanko shop.