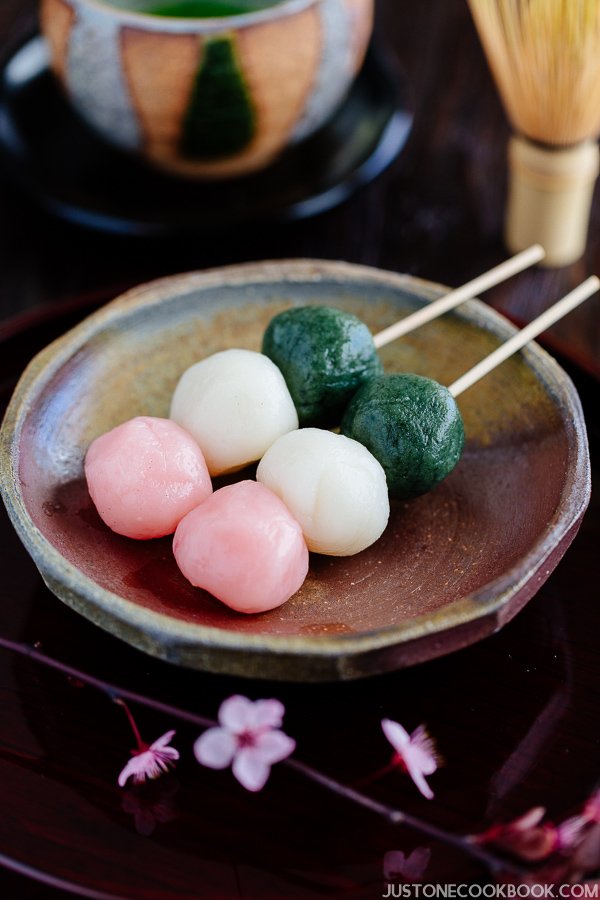 The 2-week-long period in which the cherry blossoms are in bloom is a magical time in Japan. People of all ages gather with their friends, family, and loved ones to do “ohanami” (お花見) which typically means having a picnic beneath the beautiful sakura (さくら) trees. Here is a list of the most common foods and snacks that people can enjoy during ohanami. 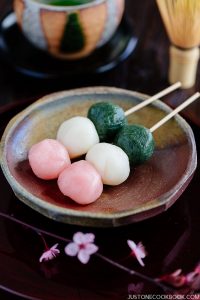 Dango (団子) is a sweet Japanese dumpling made from mochiko (sweet rice flour) . Dango is eaten year-round, but hanami-dango is specifically eaten during cherry blossom season in the spring. Hanami-dango has 3 colors – pink, white, and green. The pink and white dumplings are sweet, but the green dumpling tastes more earthy because its flour is mixed with yomogi (mugwort) grass. 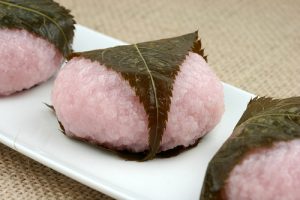 Sakura Mochi is easily one of the most famous of the traditional Japanese desserts. Mochi, which is a  chewy rice cake, comes in a wide number of varieties, so of course there is a version just for cherry blossom season! Sakura-mochi (桜餅) is pink-colored mochi with anko on the inside, wrapped in a pickled sakura leaf. Compared to the sweet sakura-mochi, the leaf is a little salty, so whether or not you eat it depends on your individual preference. 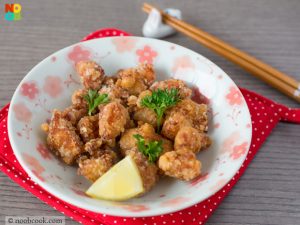 Japanese karaage (唐揚げ), or fried chicken, is another immensely popular Japanese food that is commonly enjoyed during hanami season. Karaage is bite-sized pieces of chicken that are fried to perfection on the outside, and yet tender and juicy on the inside. The chicken is typically dark meat, and the batter it is fried in is made with either potato starch or corn starch. Karaage is popular during the hanami picnics because it goes great with beer! If you try karaage, be sure to order some beer with it as well! 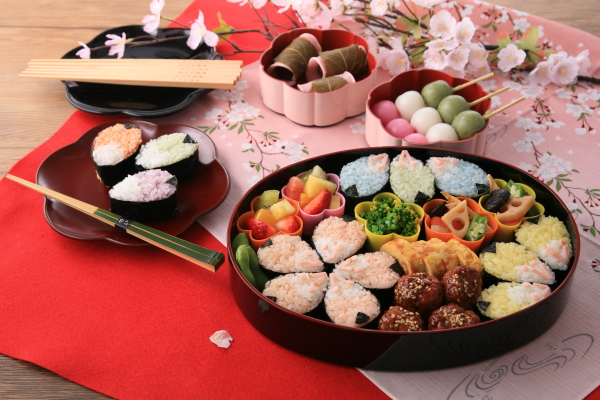 Japanese obento (お弁当) lunch boxes are a staple item in every household. Schoolchildren bring their homemade bentos to school with them every day, and many working adults bring them to work for lunch as well! Of course, any hanami gathering wouldn’t be complete without an Ohanami-bento (お花見弁当), which is a colorful handmade lunch made specifically for eating beneath the cherry blossom trees. Foods typically included in a hanami-bento are rice, karaage, rolled egg, and an assortment of vegetables. If you don’t want to make your own hanami-bento, you can also buy them from the grocery stores in basements of major department stores or supermarket. 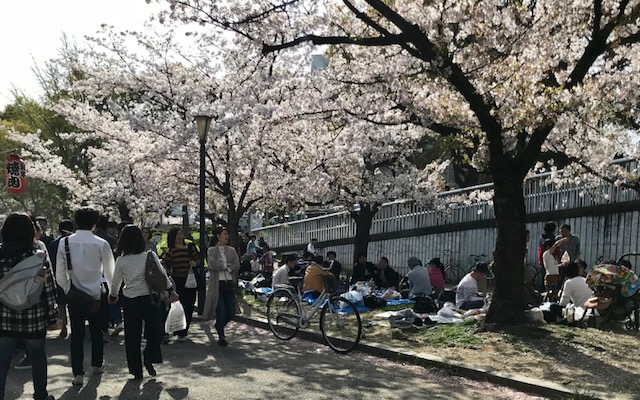 If you come to Japan in the spring, make sure to experience Ohanami with all of the traditional hanami foods! 🙂