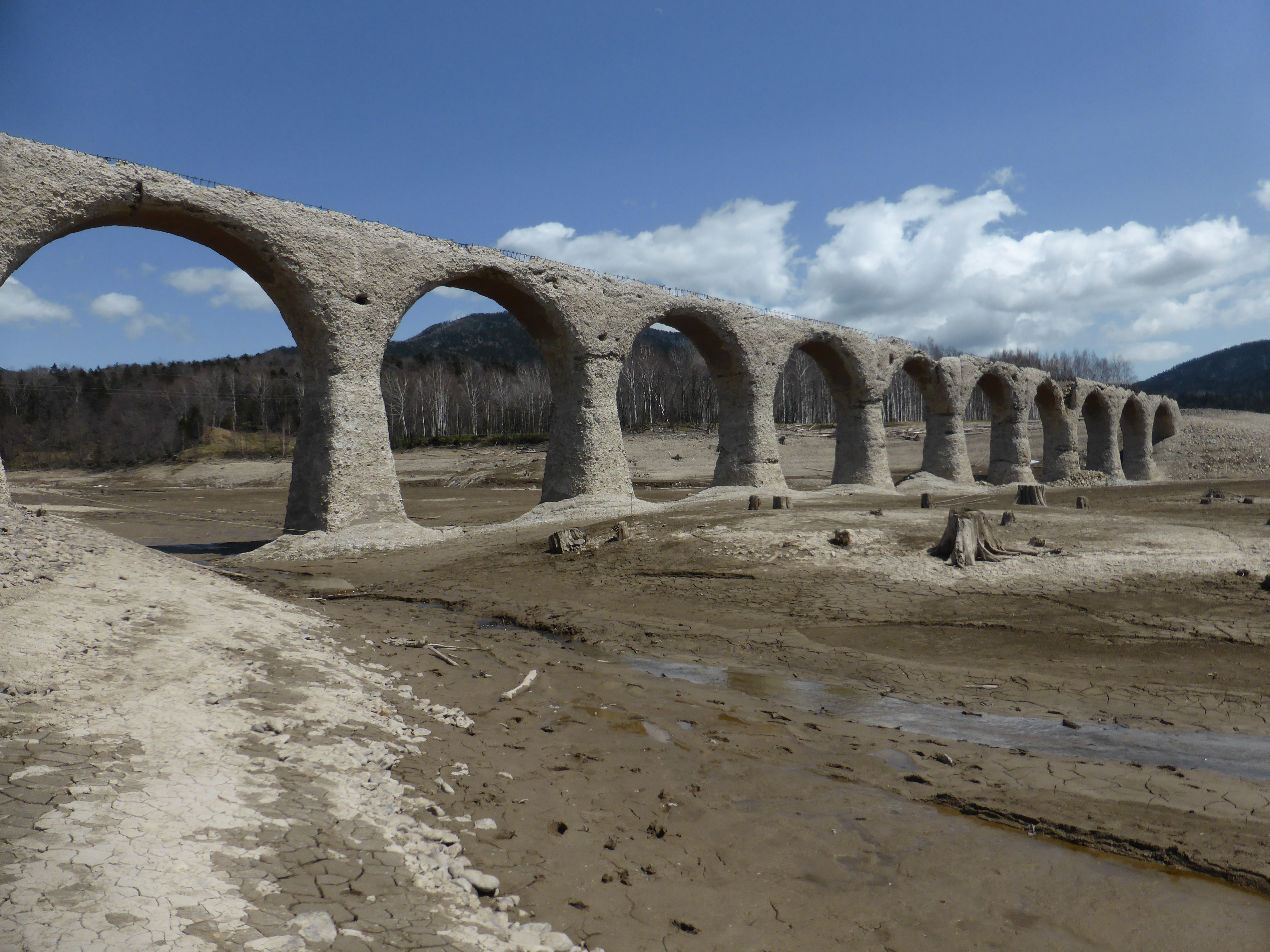 Every time you visit this place, you’ll see different scenery as water level differs each season. If you visit June-July, you might be able to see this beautiful “glass-like” bridge. (The dried-out cover photo was taken during Golden Week, beginning of May in 2017) 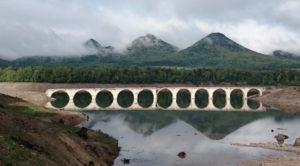 This old bridge was designated as a Hokkaido heritage site in 2001.

This concrete made bridge, built as part of old Japanese National Railways’ Shihoro Line in 1937, but it fell into disuse as hydroelectric power dam (Nukabira-dam) was built in 1955 in this area – man-made lake was used for this project. This “left behind” bridge is known as “phantom bridge” as it starts submerged around June-July every year, the water level of the lake rises due to rainfall and melting snow,  and it will be completely submerged around Oct., and it will reappear in next year Jan. 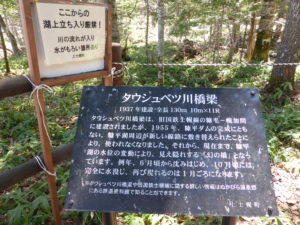 This bridge is attracting tourists recently because the arches might collapse soon.. 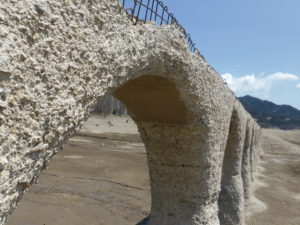 How to get there?

You need a car to get there. From Obihiro city, take 道道(dou-dou -Prefectural road) route 241 to go north, and the road will shift to route 273 at 上士幌町 Kamishihoro-cho and it leads to 糠平湖 Nukabira-lake where Taushubetsu bridge locates. There is an observatory spot along route 273, but if you want to get closer to the bridge, you need to drive forestry road where the gate is closed. You need a key to open the gate, and you can borrow the key at 十勝西部森林管理署 東大雪支所 (Tokachi seibu shinnrinnnkannrisho Higashi Taisetsu shisho) in Kamishihoro town area. Phone: 050-3160-5800. You need to speak Japanese. Walking in the forestry road is not recommended as bears have been seen in this area. 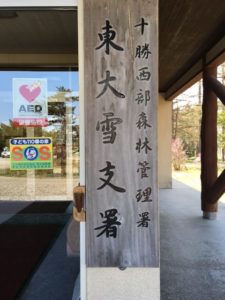 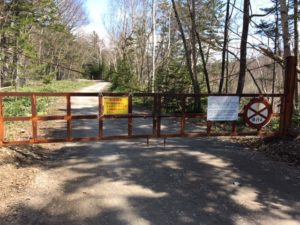 The gate to the forestry road