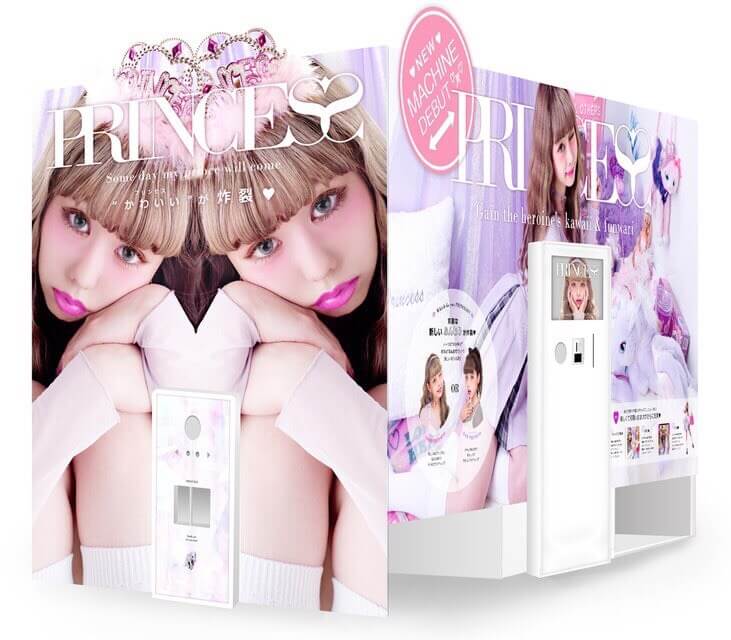 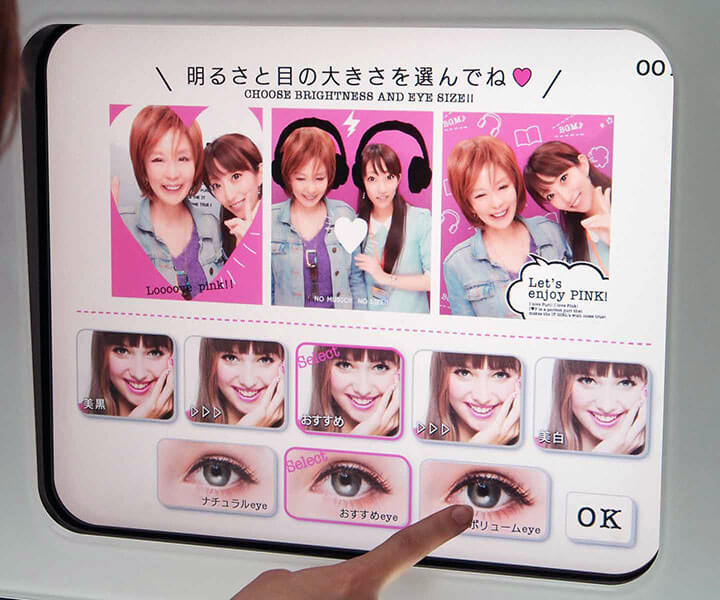 Purikura is short for “purinto kurabu” (the Japanese pronunciation for “Print Club”). The term is actually a registered trademark for both the photo booths, as well as the stamp-sized pictures themselves. Most of the pictures actually double as stickers, and they are widely popular especially with Japanese teenage girls.

Purikura photo booths typically fit two people, but some are large enough to hold five or six. These aren’t just your average photos booths: music is often played inside of the machines, and some Purikura locations have costumes or props available for rent. After the photos are taken, the photos can be edited and decorated before they are printed out onto small, sticker photo paper.

Purikura machines can be found all over Japan. One of the most popular arcades is the “Purikura no Mecca” in Shibuya, Tokyo, but basically every Game Center in Japan will include at least one section of the colorful Purikura machines. 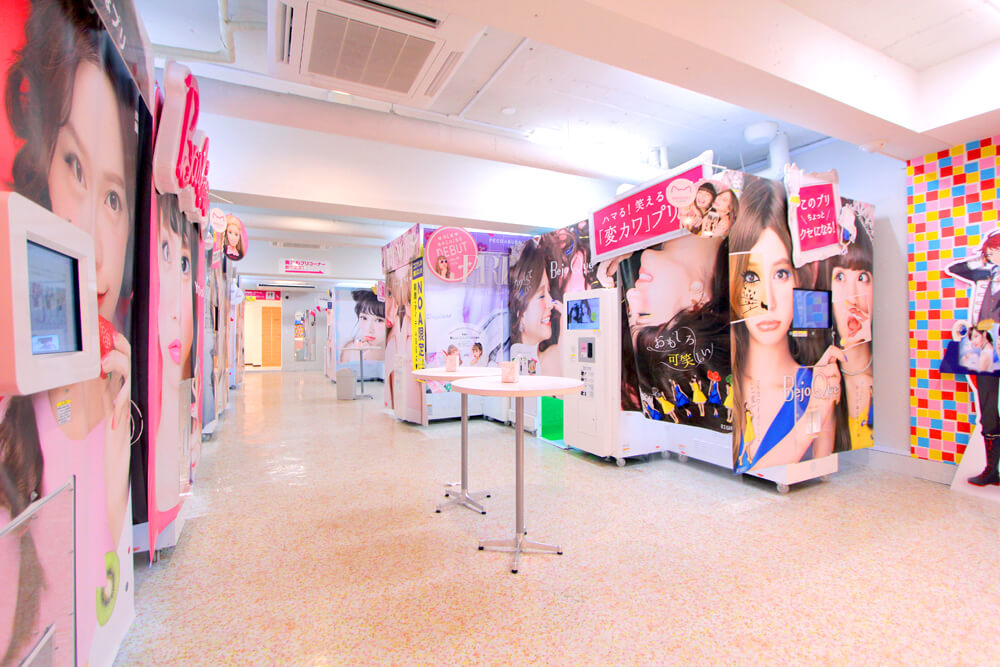 Purikura machines originated in 1995 with a photo booth that looked a lot like an arcade game called “Print Club” that was developed by the Tokyo-based game companies Atlus and Sega. When Sasaki Miho first came up with the Print Club concept in 1994, she said to have based her idea on her school days’ experiences of putting cute stickers of Japanese characters on her notebooks.

After Print Club was first introduced, there wasn’t much interest in it from the public. It was only after the well-known J-Pop group SMAP gave Print Club photos of themselves to their fans that the Print Club booths started to become popular. Soon, other groups and idols followed SMAP’s lead, and the Purikura trend was born. By the spring of 1998, there were 25,000 Print Club machines all across Japan. By 2002, there were over 36,000. That number has continued to grow every year. 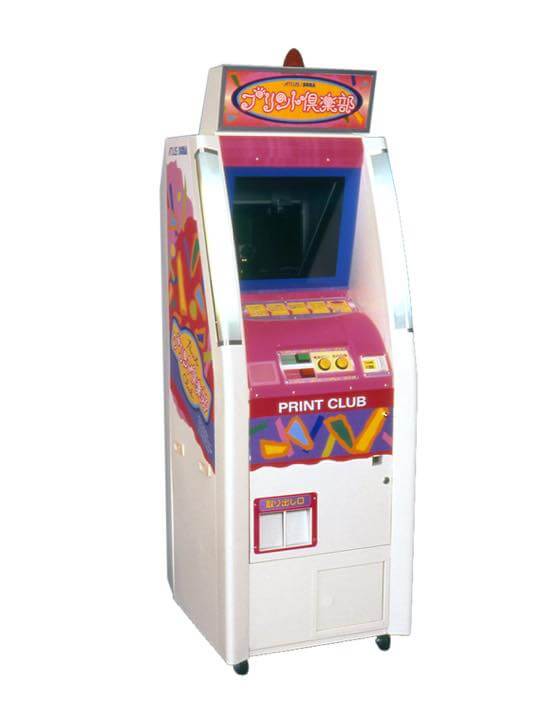 Today, Purikura is everywhere. Not only has the number of machines grown exponentially, but the features offered by the different purikura booths have become more and more advanced within this digital age. They are of course, still widely popular with teenage girls, who can’t seem to get enough of the cute pictures. At popular Purikura places, groups of friends might spend anywhere from 400 yen to 4000 yen. Often, there are long lines in front of the newest or most popular booths.

As Purikura continues to evolve, the next step in Purikura technology is “videkura” machines. These machines can create short video clips that can be edited, and then sent by cell phone or internet. One of the first videkura machines, called Love & Berry, made its debut in Tokyo in April 2018.

If you visit Japan, Purikura is a great fun activity worth checking out! You can also keep the photos as a souvenir. Here is a step-by-step guide to taking Purikura photos:

Although this first step is certainly optional, it is worth noting that there purikura shops that offer costumes and props for rent. This is called “cosupuri”(コスプリ), which is a combination of “cosplay” and “purikura”. Sometimes the props are free, but they are usually rentable for around 200 yen. After choosing the costume and paying for it at the counter, you can go to the dressing room to change and get ready.

The next step is to choose a machine. There is a actually a wide variety of Purikura machines. Each machine has its own style (sweet/cute, cool/edgy, natural, sexy, etc.), different types of shots (full body, half-body, face-only portrait, etc.), and different themed background sets. Normally, the walls and curtains of the purikura machines are full of pictures and explanations to give you an idea of the kinds of photos it takes. Look for the Purikura machines which have people lining up next to them, because those are probably the more popular ones.

Start at the touch screen outside first before going into the booth. Here you will have to put the required amount of money in before you begin. Purikura normally costs around 300 – 500 yen. If you do not have enough 100 yen coins, you can change your bills a machine in the Game Center.

Once you put your money in, the machine will start right away! You will have to choose the mode (2 people or a group of people), choose the backgrounds or themes, and choose the beauty filter settings (i.e. the size of your eyes and color of your skin).

After that, it’s photo time! On the screen, there will likely be a recommended pose for you to follow if you are in need of some inspiration. Do not look at the screen – make sure to look right at the camera! You will have around 3-5 seconds to pose for each photo. Keep in mind that Purikura is very fast and there are usually no retakes!

Photo: Only in Japan

On the other side of the Purikura machine, behind a different curtain, is a large screen with 2 stylus pens for you to edit your photos. Usually, 2 people can edit at the same time, but not the same photo. On the editing screen, you can tab through your different photos and add text, stickers, stamps, doodles, patterns, makeup, and more! Just like with the entrance screen, there is usually a time limit to editing, so don’t take too long!

This is the last step of taking Purikura photos. Before you print, you will have to choose the sticker layout (what your photo sticker is going to look like) and the number of printouts you want (2 people, 3-4 people, or a bigger group). You also have the option of sending the photo to your e-mail so that you can download a digital version. However, typically only users of the Japanese mobile networks such as Au, Docomo or Softbank have this option to download the photos.

Finally, you will move to where the photos are printed on the outside of the booth. Once your photos are printed, you can use the scissors attached to the machine or available at the counter to cut and divide the photo sets. And now, you have a great souvenir of this fun memory you made in Japan! 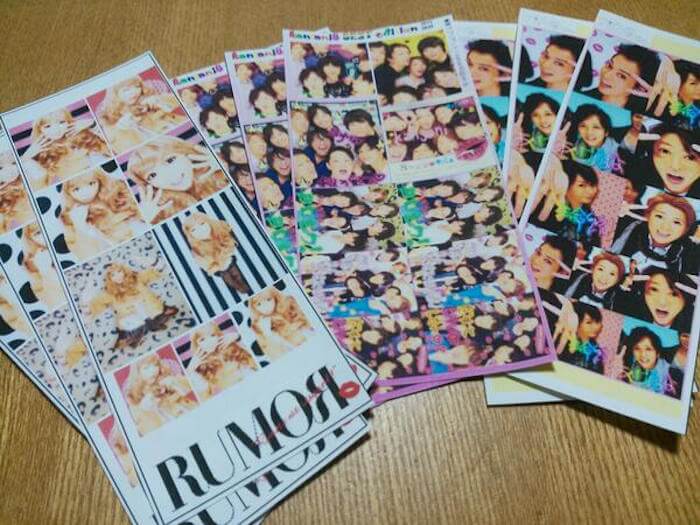 We recently went to a Game Center and took our own Purikura photos! You can watch the Facebook Live here:

We just released an app! You can easily find festivals when you come to Japan