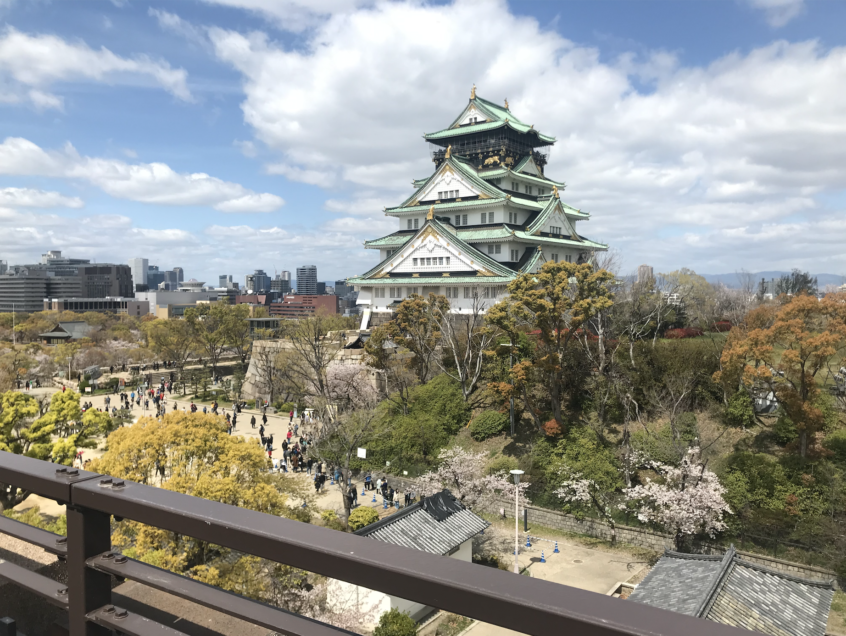 Osaka Castle is an iconic symbol that is definitely worth a visit. When you do go, be sure to enjoy Osaka Castle Park to the fullest! Here’s a guide on how to get there and what to do to make the most out of your trip. There is a video guide at the end of this blog, too.

A true symbol of Osaka as well as a historically important location for all of Japan, Osaka Castle is a popular spot for people to spend a few hours or even an entire day. In addition to the eye-catching castle tower, Osaka Castle offers nice walking paths, expansive gardens, historical structures, souvenir shops, a variety of restaurants, events and performances, and more.

While entry to the castle grounds is free, visitors can pay 200 yen for entry to the Nishinomaru Garden, a vast lawn garden that has 600 cherry trees, over 1,000 plum trees, a tea house, the former Osaka Guest House and nice views of Osaka Castle Tower. 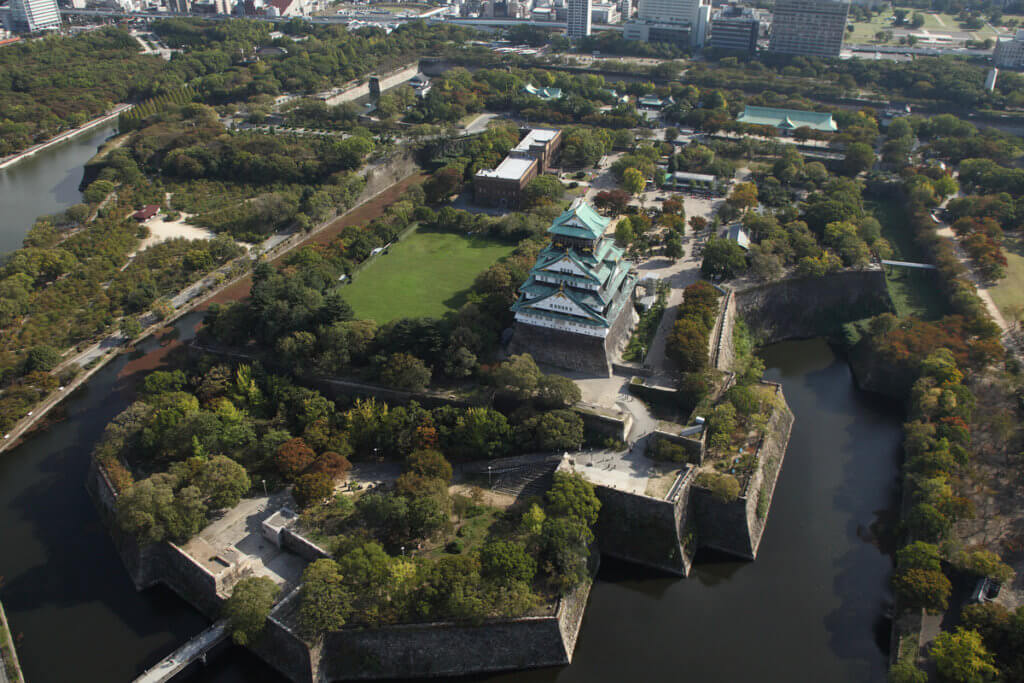 How To Get There

There are several stations location close to Osaka Castle Park. The four closest are:

Osaka Castle is about a 15-20 minute walk from the closest stations. 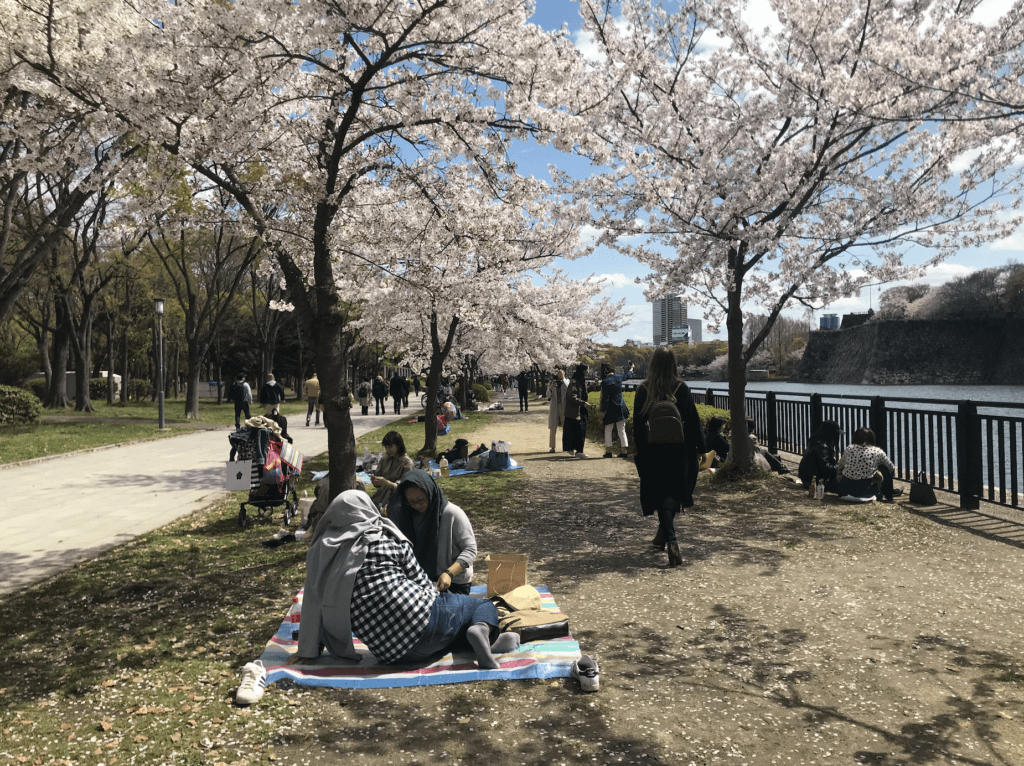 Osaka Castle Tower is surrounded by an expansive 105.6 Hectare (261 acre) castle grounds. As you start from the outside and work your way in, you will pass through a number of bridges, moats, walls, and gates. Osaka Castle Park is actually divided into three rings – Sanomaru (三の丸 lit. “Circle 3”), the outer-most ring; Ninomaru (二の丸 “lit. Circle 2”), the inner/middle ring, and Honmaru (本丸 “lit. main circle”), the innermost area where Osaka Castle Tower is located. As Osaka was once used as a defensive fortress, it was carefully designed with an incredible number of detailed protective measures. This English guide is a helpful look into the history and design of Osaka Castle Park’s three rings. 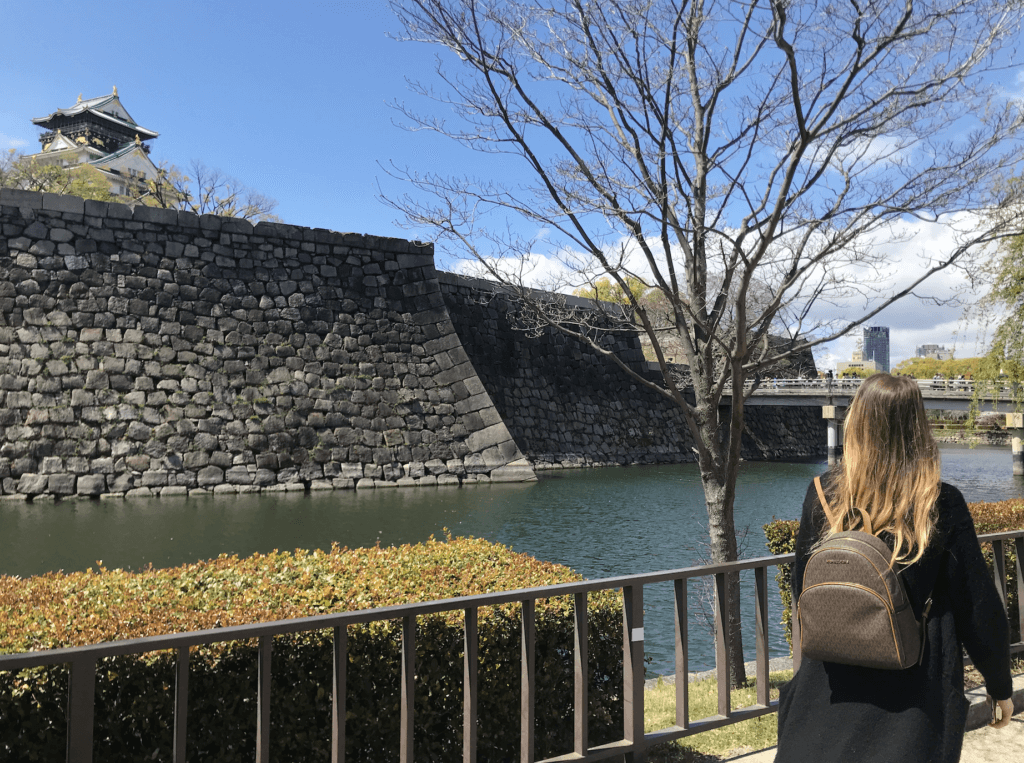 About to cross the bridge from Ninomaru to Honmaru.

The construction of Osaka Castle started in 1583 by the great historical leader Toyotomi Hideyoshi, who intended the castle to become the center of a new, unified Japan under his rule. For a long time, it was the largest castle in Japan.

However, shortly after Hideyoshi passed away, Tokugawa troops attacked and destroyed Osaka Castle in 1615. The castle was rebuilt by Tokugawa Hidetada in the 1620s, but its main castle tower was struck by lightning in 1665 and completely burnt to the ground. It remained this way for centuries, then in 1931, was rebuilt into the concrete reconstitution that stands tall to this day.

Today, Osaka Castle Tower is now a multi-story history museum with an observation deck on the top floor. For the price of 600 yen, visitors can enter and learn about the history of Hideyoshi and Osaka Castle. There is even an English audio guide that you can rent for free! You can read more about the Osaka Castle Tower on the official English website. 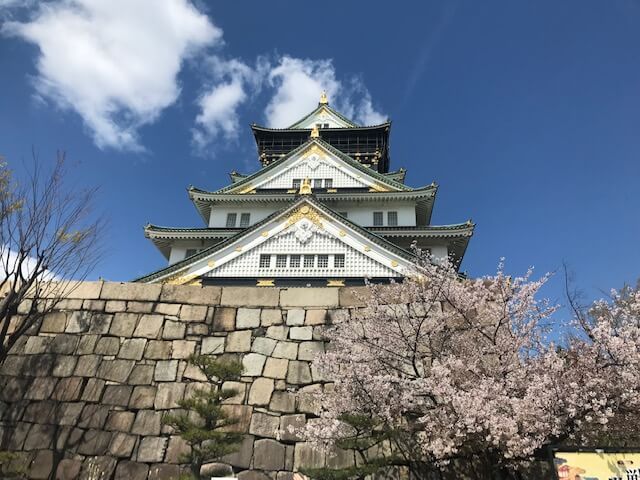 Honmaru Hiroba (本丸広場 Honmaru Square), is the open space in front of Osaka Castle Tower with cherry blossom trees, pop-up vendors, events, and sometimes even live performances! You might be lucky enough to see Tozaiya (東西屋), one of the best Chindonya (チンドン屋) groups in all of Japan.

A selfie with the friendly members of Tozaiya!

Chindonya are Japan’s traditional street-performing advertisers. Chindon comes from the sound of the instruments, and Ya comes from the word for “performer”. The chindonya used to walk through the streets playing instruments and promoting local businesses, shops, and restaurants. At their peak, there were once 2500 Chindonya in Japan. Today, there are around 100. There is also a national competition held every year in April, and this group, Tozaiya, has won it 30 times! 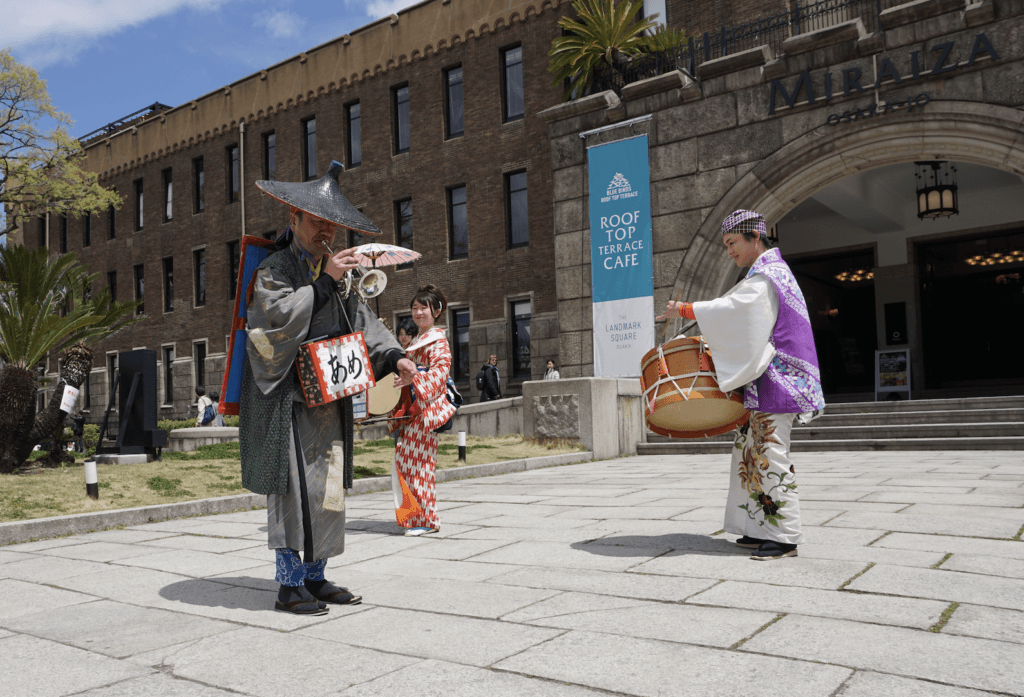 Tozaiya performing in front of the Miraiza in Honmaru Square.

Located in front of the Osaka Castle Tower is a commercial building called the Miraiza. The large brick building actually dates back to 1931, when it served as the Headquarters of the No.4 Division of the former Imperial Japanese Army. Following the war, the building was used as the Osaka City Museum until 2001. Then, after being closed for 16 years, it was completely renovated and re-opened in 2017 as the Miraiza: an entertainment complex offering comfortable dining and shopping for visitors. 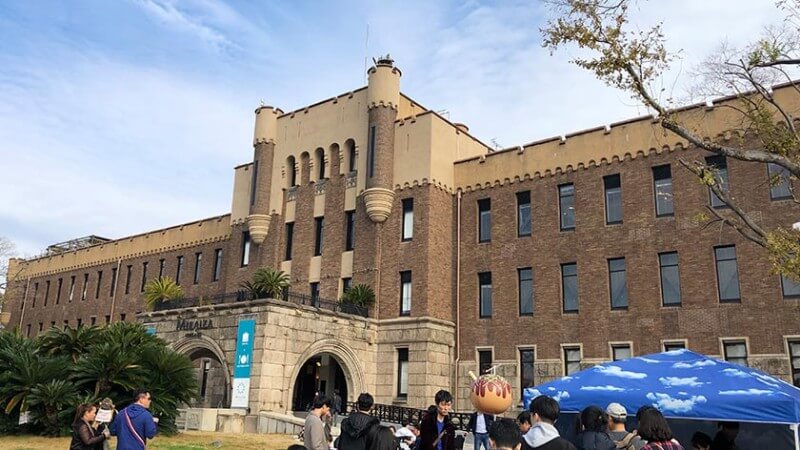 This building originally served as a in 1931. (Photo: Accessible Japan)

Although the use and purpose of the building has changed several times over the decades, the unique architecture that adopts the dignified Romanesque style, has remained the same. The inside has been renovated into a modern interior while maintaining the elegance of the place. The stairs, walls, ceiling arches, lighting, window frames and many other parts of the building have not been changed from how they were when first built, making the atmosphere .

The luxurious interior of Miraiza’s 3F.

The basement has two attractions. The first is an interactive samurai and ninja experience in which participants can dress in costume and learn about how to handle a Japanese sword. For the shorter 20-minute session (2000 yen), you can get a commemorative photo, and for the longer 60-minute course (6000 yen), you can participate in an action scene.

The basement also has a newly opened Illusion Museum, which brings together magic, tricks, and illusions from all around the world. Entry is 1200 yen for an adult ticket, and 700 yen for children ages 4-11. 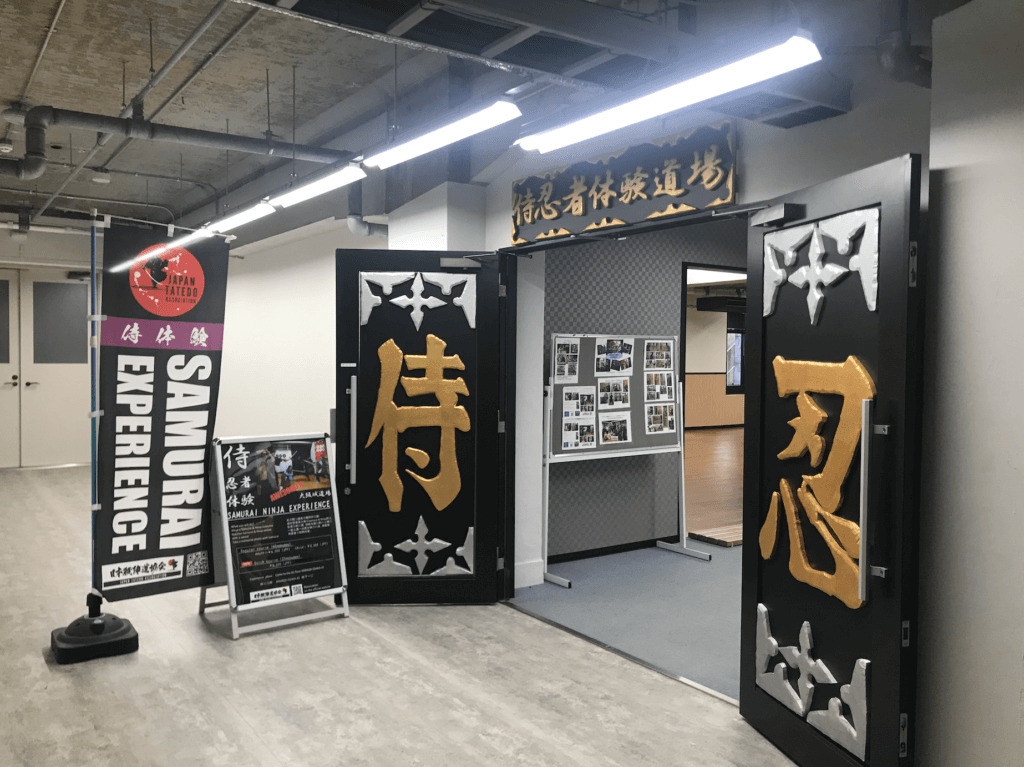 The first floor offers a variety of souvenir shops, as well as fast food shops and a cafe for those wanting a quick bite. 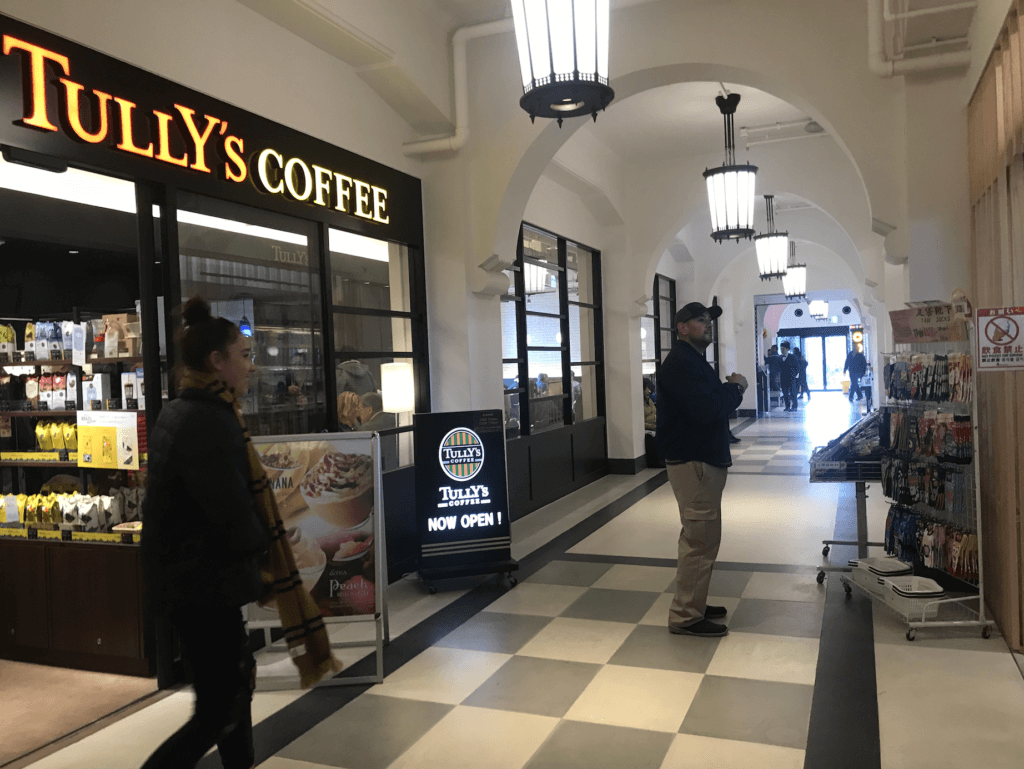 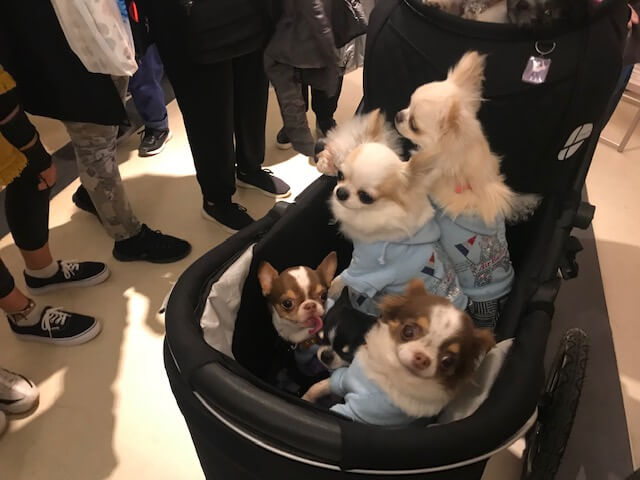 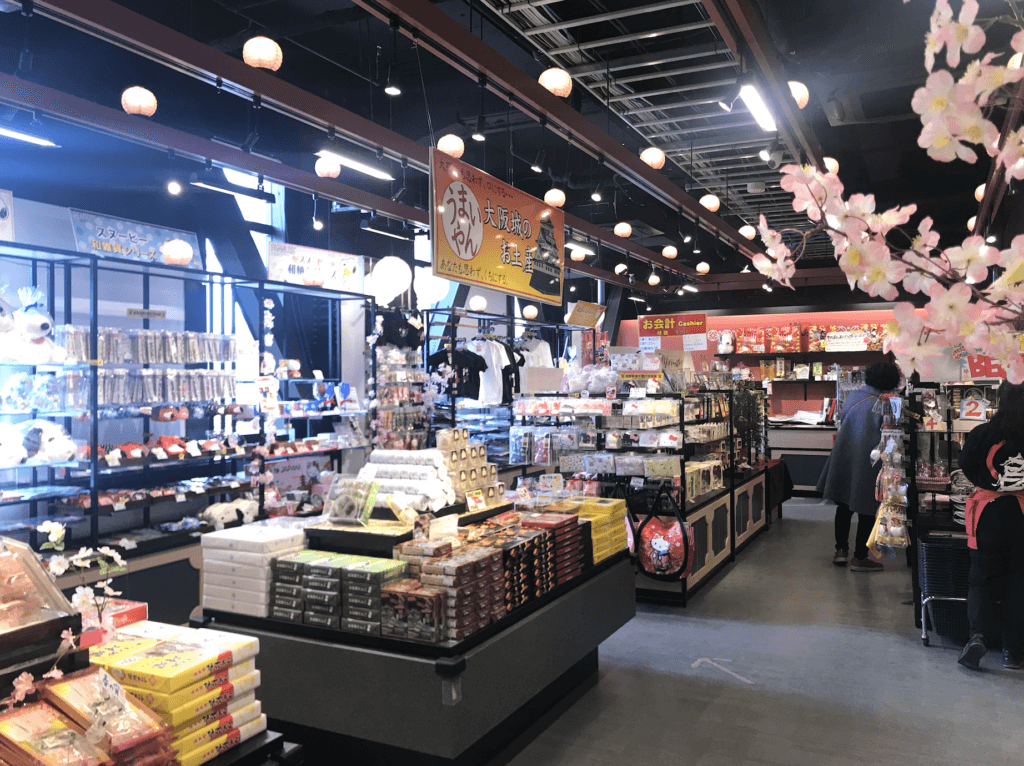 The second floor is home to a restaurant called crossfield with TERRACE LOUNGE, an Italian restaurant with indoor seating as well as an outdoor terrace with views os Osaka Castle Tower. 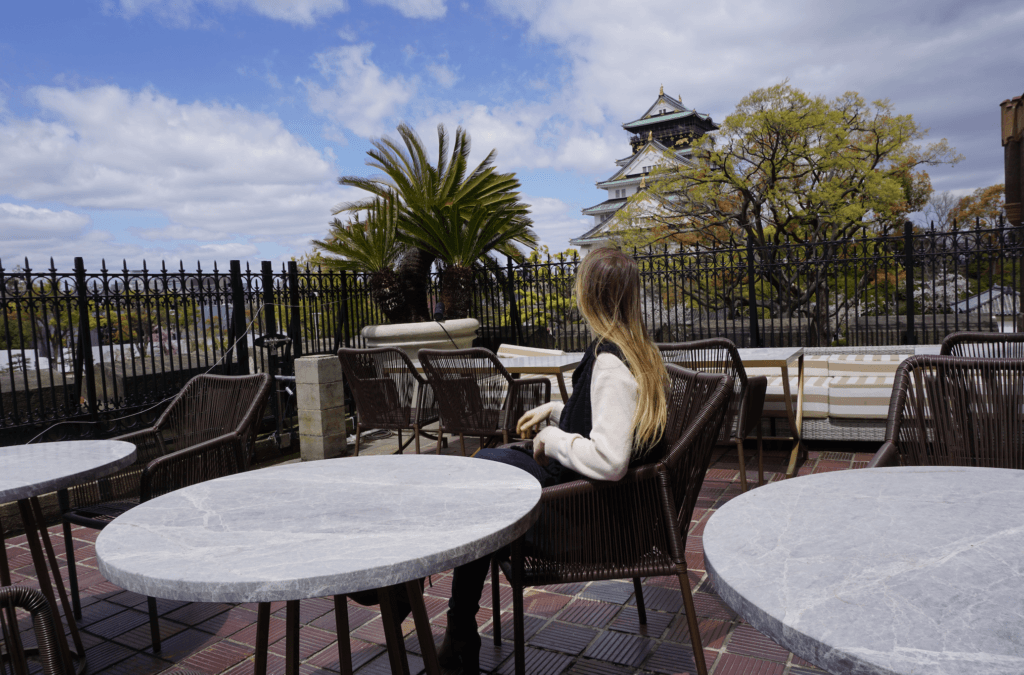 The third floor has a chapel and banquet halls where people can have weddings, as well as a “modern Japanese” French-style restaurant called Restaurant Raspberry with MOON BAR. This restaurant also hosts interactive tea ceremony events. 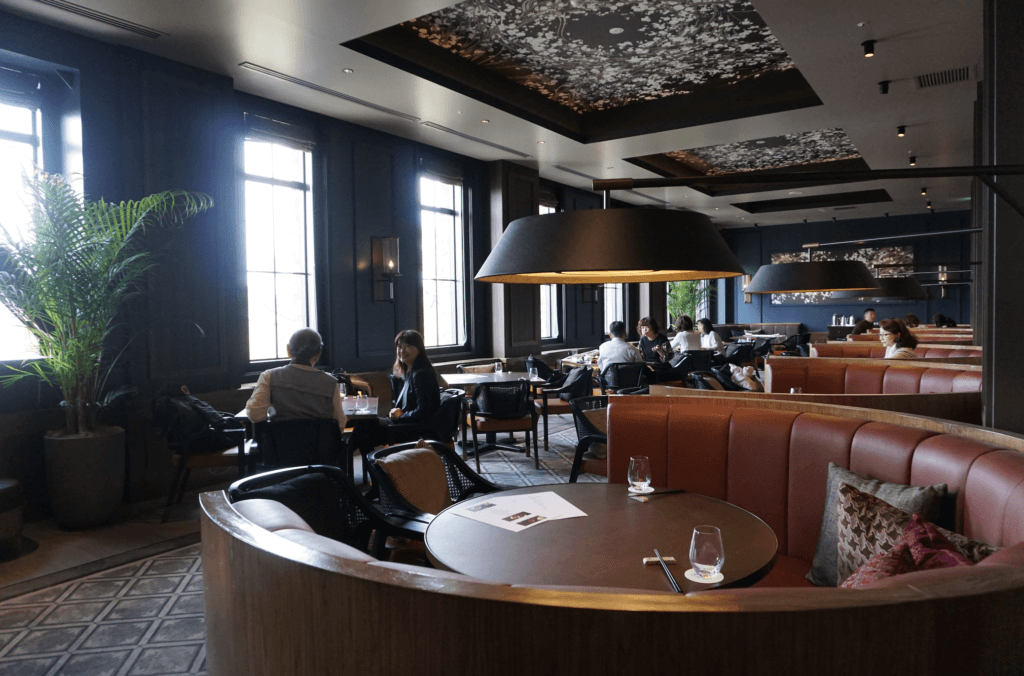 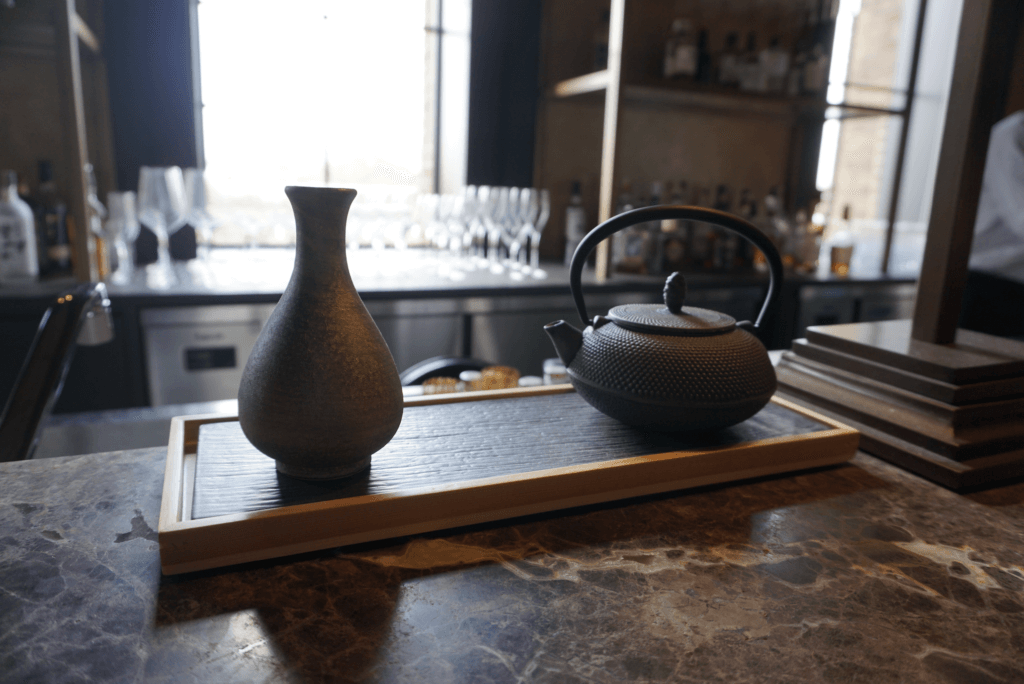 Only recently opened in March 2018, the Blue Birds Rooftop Terrace has barbecue buffet, a beer garden, and rooftop seating that offers the best views of Osaka Castle Tower. There’s even a chapel where couples can get married! Note: the rooftop is only open from March through October. 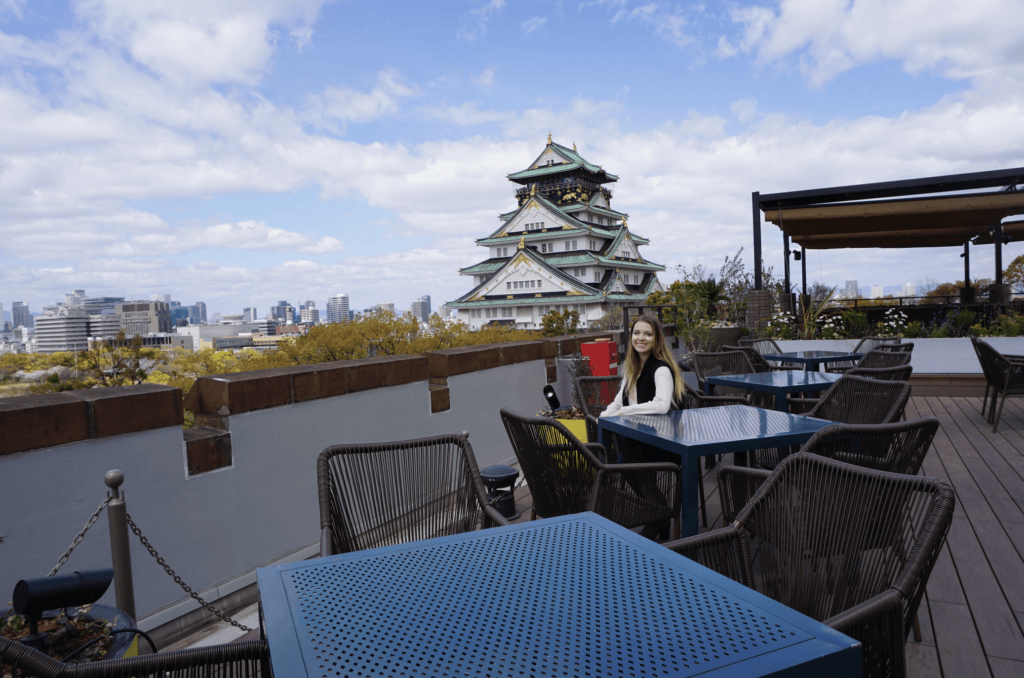 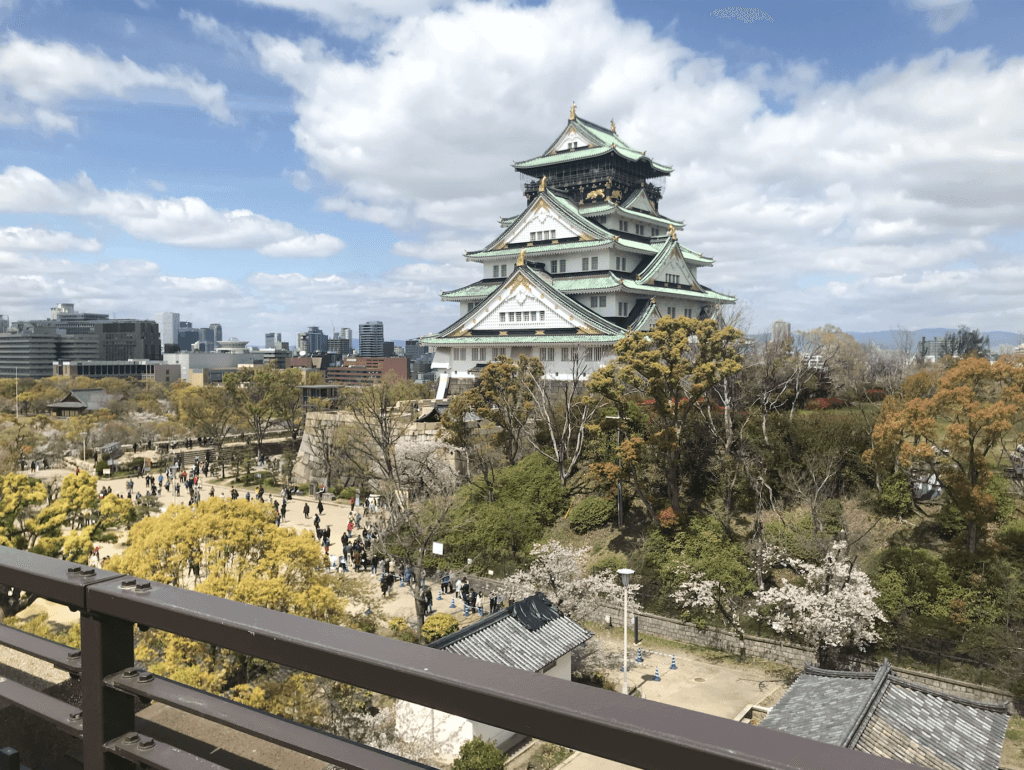 Miraiza is open from 9:00-22:00, but hours vary depending on the shop. For more information on Miraiza’s history, shops, and restaurants, check out the English website here.

We recently spent a day at Osaka Castle Park during the peak blooming of cherry blossom season! Check out our video here: