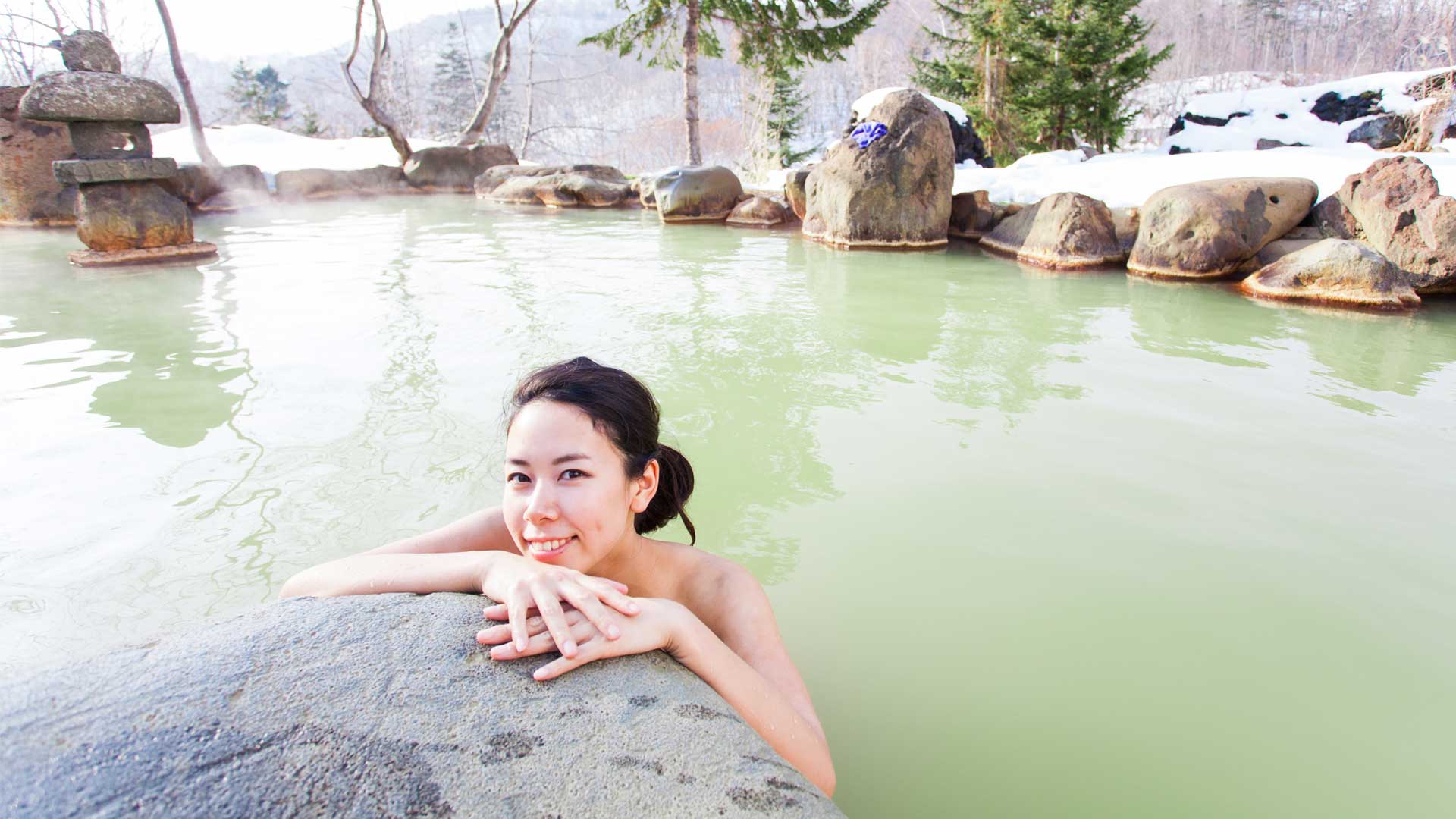 Japan is a volcanically active country and that has given rise to natural hot springs known as onsen. The country is 75% mountainous, many of those volcanic in nature. As a result, Japan boasts more than 3,000 hot springs. These hot springs are concentrated in the volcanic regions of Kyūshū,Chūbu, Tōhoku and Hokkaidō . There are also some hot springs that come from radioactive elements underground. Many Onsens have outdoor bath called 露天風呂 rotenburo allowing bathers to relish the view of the natural landscape. To be able to qualify as a legitimate onsen, the water must contain 19 different minerals and include certain levels of hydrogen ion, fluorine ion, and sulfur as specified by the Onsen Law enacted by the Japanese government in 1948. 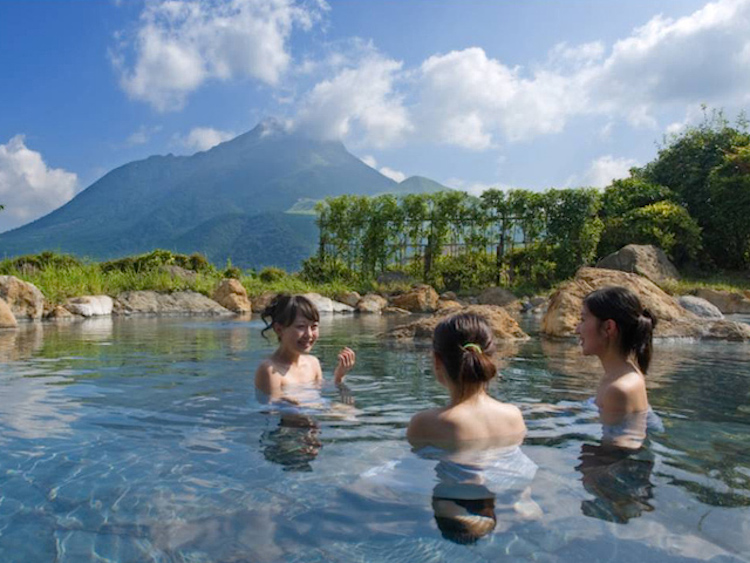 Whats the Difference Between Onsen and Sento?

A sentō is a simple public bath that serves to fulfill the daily need for hygiene. It literally translates to “coin” (a sen is a discontinued coin worth 1/100¥) and “hot water”. Nowadays, entrance to an average sentō in Tokyo costs ¥450. When entering a sentō, guests will be greeted by the manager and they would need to pay an entrance fee. They will then be given a locker key with a chain so that it can be worn on the wrist or ankle. The guests will then proceed to a changing room depending on their gender where they will store their clothes and other personal belongings. They are expected to go into the bathing area naked bringing only a small wash towel and bathing toiletries. It is a must to shower first while sitting on a stool before going into the pool of hot water. Children of both genders usually bathe in the women’s section with their mothers or other female relatives. 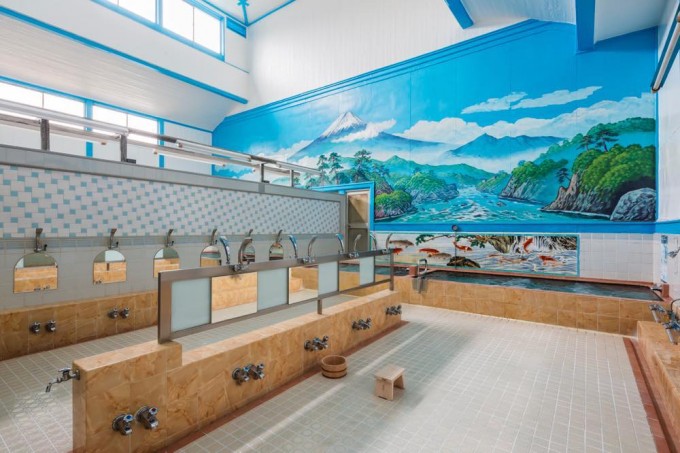 The onsen and sento are enjoyed by the Japanese people not only for cleansing the body but also the spirit. It is likewise a place where people can gather socially and communicate openly.

What are the Benefits of Hot Springs and Public Baths?

Onsens are hot and mineral rich baths that occur naturally. The water must be at least 25 degrees Celsius at the source and as mentioned earlier, it must contain certain mineral content. An example would be requirements such as a metabolic acid (HBO2) level greater than 5mg/kg, or a hydrogen ion concentration greater than 1mg/kg, and so on. These requirements are to ensure that the onsen can deliver the level of warmth and nutrients that they are most noted for.

Onsens can bring about various effects which people have called Toji (hot spring healing or balneotherapy) based on what they feel from bathing in the water. There are three different types of “rests” that you can get from an onsen. They can either be rest for recreation, which helps with recovery from fatigue, rest for heath which is for keeping healthy and preventing ailments, and rest for medical treatment when you need to recover from an illness.

Other benefits from an onsen include the physical effect of warmth which invigorates your cardiopulmonary functions, the chemical effects of the minerals that the body absorbs, and finally the psychological effects of a serene and relaxing setting which refreshes the spirit.

What are Rules and Etiquette that Must be Observed? 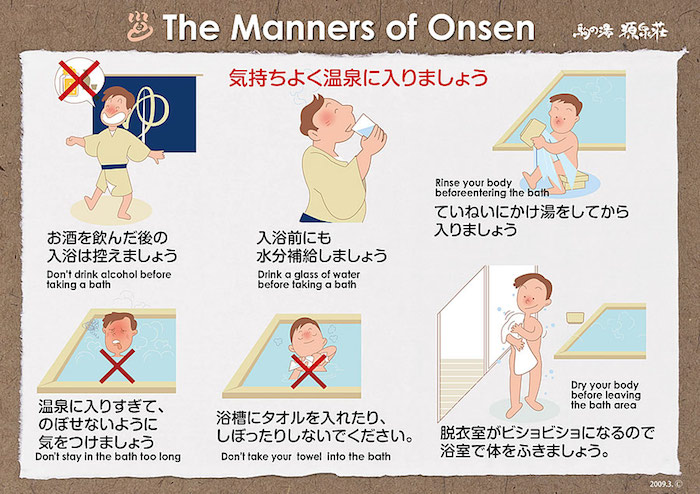 Bathing in a public bath in Japan requires strict adherence to certain protocols. A bather must first bathe or take a shower to remove any dirt or sweat before entering bath tub. It is also recommended that bathers be completely nude before entering the water. If you decide to bring a small towel it is not allowed to be brought into the bath unless you remove it first because it is considered unclean. You can either fold it and put it aside or, as most Japanese do, simply put it in top of your head. Never swim or soak your hair in the bath tub.

Many sentō and Onsen prohibit entering people with tattoos as Japanese tend to associate tattoo with Yakuza, the Japanese mafia and the tattoos may scare other people. So inquiring with your local onsen or sentō before proceeding is recommended. Since the public baths are places for quiet relaxation and socialization, the use of devices that play loud music is not allowed.

Once done soaking, one must wipe their entire body with a towel before re-entering the changing area. If you are bathing in hot spring water, don’t rinse your body with tap water because this will lessen beneficial effects of the minerals on your body.

When in Doubt, just try to observe and imitate what others are doing. The Japanese bathing tradition is a truly unique experience and a great way to be intimate with the Japanese people and understand the culture.