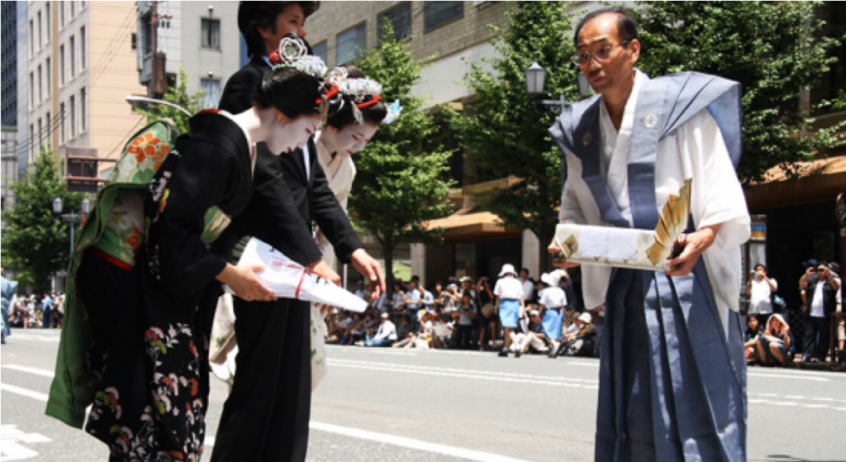 Japanese custom calls for the giving of gifts twice a year to someone who is taking care of you. This duty is performed once in the summertime, called ochugen and once at the end of the year, called oseibo. The custom started at the beginning of the Edo period in the 17th century.
Gift giving is a symbol of closeness and serves the function of maintaining good and healthy relationship between one another. In Japan, giving a gift is not only a habit but also a custom that have been past down from generation to generation.
The Chugen (or Ochugen お中元) is midyear present. The word ”Chugen” came from Taoism. On the lunar calendar, July 15 is a ceremonial day in Taoism. This day is also the day of Bon Festival (Ura-bon盂蘭盆) of the Buddhism. Taoism had gradually combined with the Buddhism. People came to distribute gifts to people within their vicinities and to close relatives or family members. The gift was originally the one offered to the dead at the Bon Festival.
Through time, the tradition had relatively changed into today’s Ochugen culture. The Chugen ceremony has turned into the custom of giving gifts to people who are responsible for you or who are taking care of you. 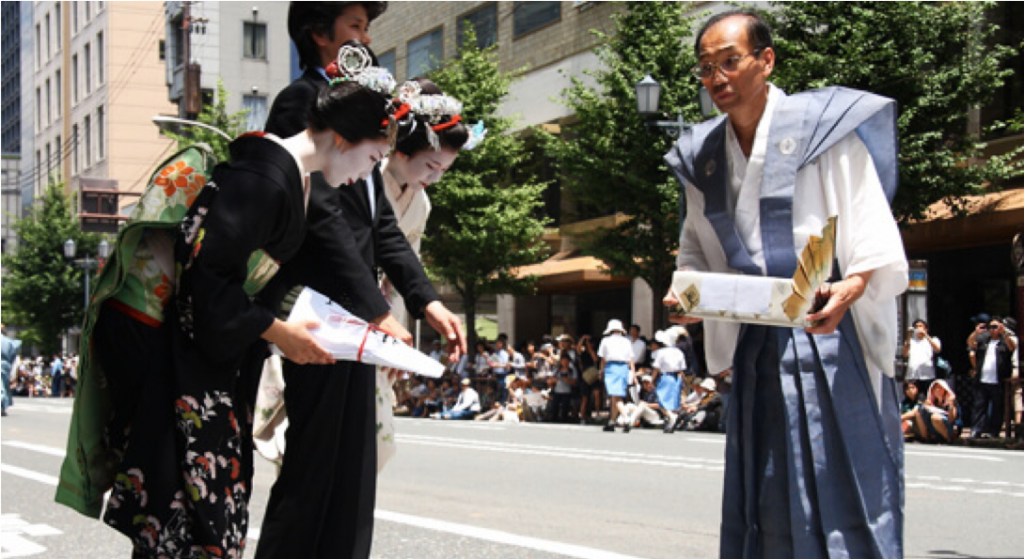 Usually most people do not present Ochugen on 15th July of the old calendar. The greater part of people will present Ochugen by July 1st to July 15th on the solar calendar.
In summer season, the name of Ochugen will become Shochumimai 暑中見舞い or Shochuoukagai 暑中御伺 between July 16 and about August 8. This name means that we pray for other party’s health in the hot season. It is really hard to endure the hot summer season in Japan. Therefore, it has become a tradition to show respect to people who are living hard in this hot season by giving present to each other. This is the major purpose of giving Ochugen to the people.

At the beginning of July each year Japanese department stores prepare for this event with special displays and offer delivery service. There are many unique and special items from all around Japan that can be given during the Ochugen season. Usually, sweets are given to families with children. Somen or fruits are given to teachers. Beers or special beverages are given to a boss or manager. 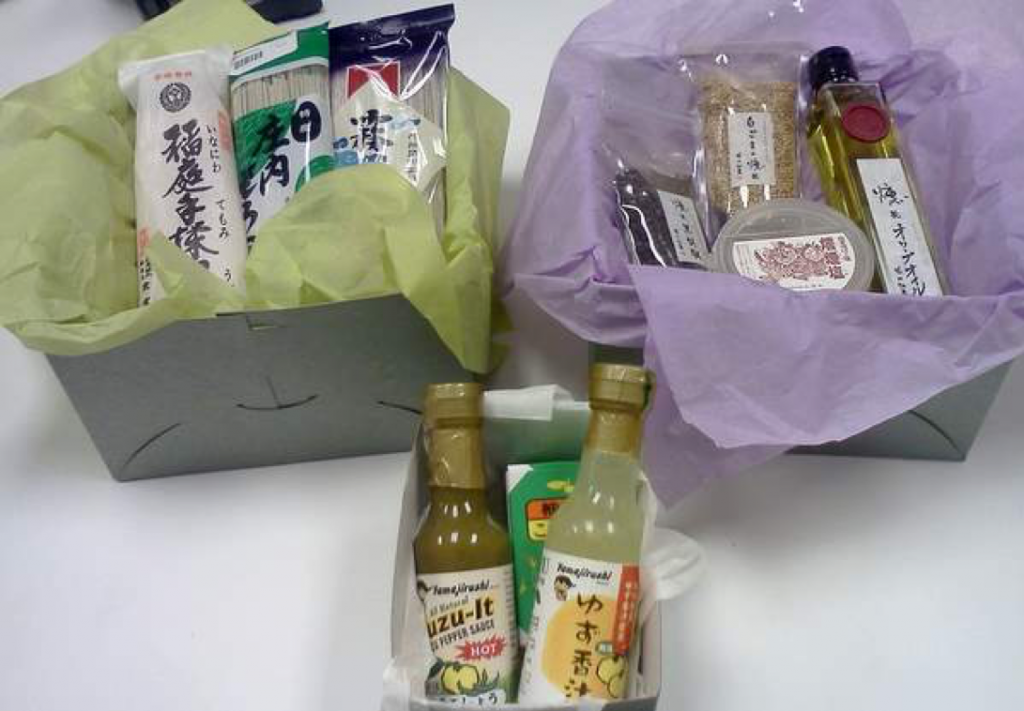 In today’s Japanese society, it is also popular to present Sanchi-chokusou-hin 産地直送品. The ‘Sanchi-chokusou-hin’ is a commodity or goods sent directly from the producer or production’s shop. Normally, people give local presents known from their respective hometowns. The Japanese people tend to care a lot about their hometown, and their hometown is becoming part of their identity. So it might be a good idea to give something unique from one’s hometown. 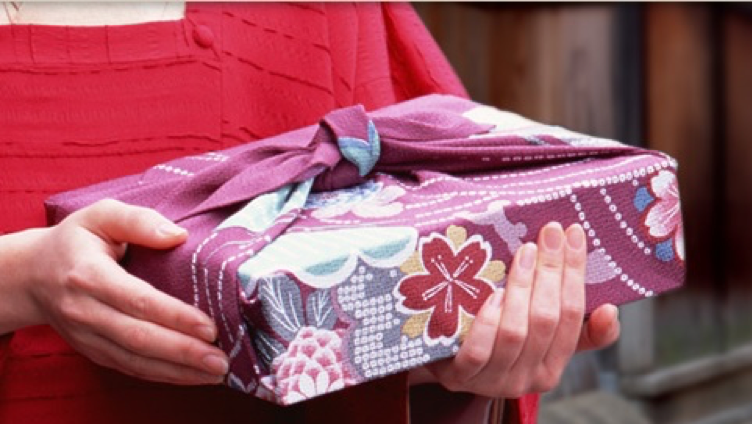 Japanese people pay attention to details. Delicately wrapping your gifts is very essential in the Japanese culture. In case you will be sending one to relatives, seniors, boss or close friends please take time to wrap your gifts beautifully. If you order from department store, they’ll take care of it with special care 😉
You can see more information about Japan at our FB page: Japanese Language and Culture!
Why don’t you get a perfect Hanko gift for Japan lover? Peek a Hanko shop.