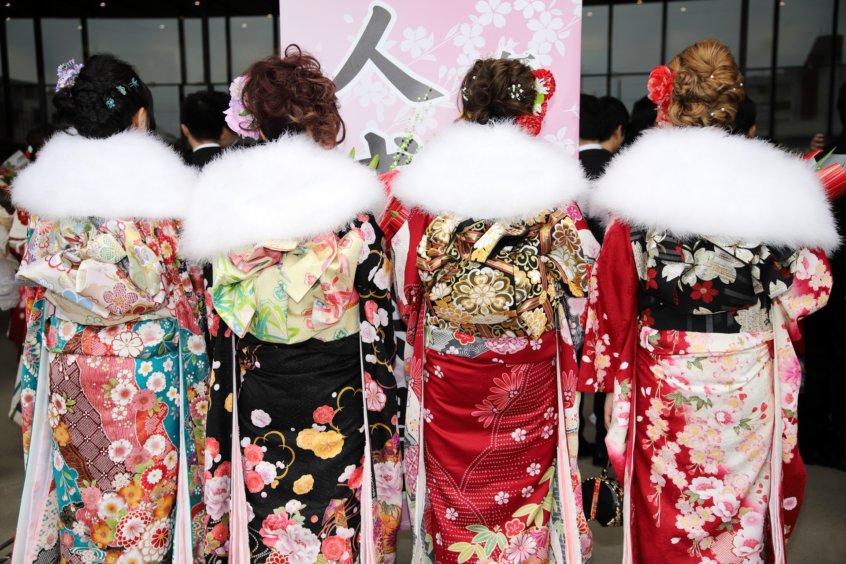 Every January in Japan, the nation celebrates an age-old tradition: Coming of Age Day (成人の日 Seijin no Hi). This special National holiday marks a milestone for individuals who have officially reached adulthood at 20 years old – and with recent changes to the law that will lower the legal adulting age to 18 in April 2022, even more people can look forward joyously celebrating their rite of passage! Discover all there is to know about Japan’s monumental milestone and commemorate their momentous occasion. 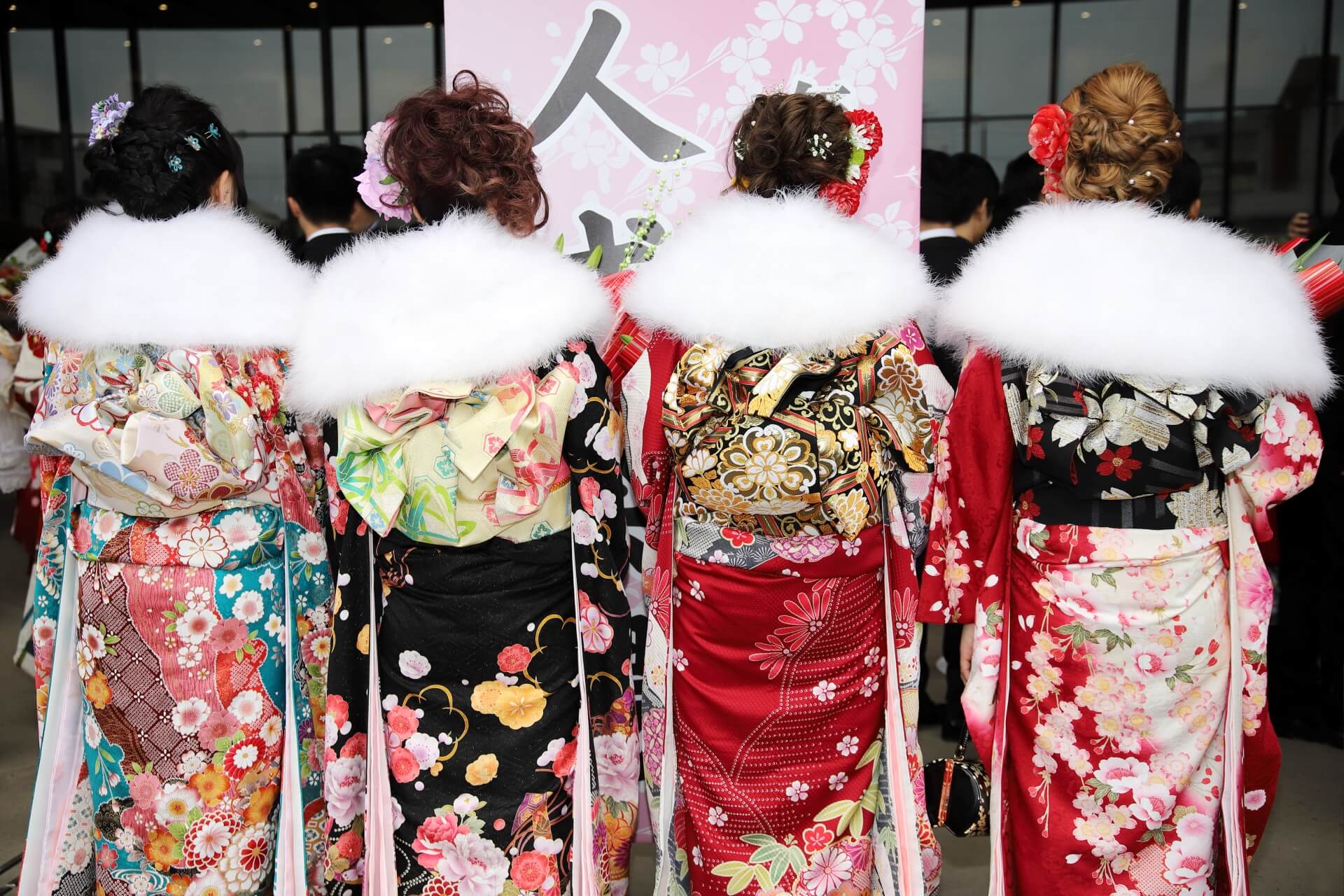 For centuries, Japan has been honoring the coming of age with festive traditions dating back to 714 AD. As a national holiday from 1948 until 2000, it was celebrated every January 15th – when young people would don new robes in an elaborate ceremony as they transitioned into adulthood. With the introduction of The Happy Monday System and more three-day weekends for working Japanese citizens – this special day moved to be observed on the second Monday in January. In 2022 history will again be made as their Civil Code is amended; lowering what’s considered “adulthood” legally from 20 down to 18 years old! On April 1, 2022 a new generation of adults will join the ranks as 18 and 19 year olds become eligible for adulthood. The laws in various matters are being revised to reflect this change – learn more at the end of this blog.

The 20th birthday has long been a pivotal moment for Japanese youth, marked by their Seijin-shiki (成人式) -Coming of Age Ceremony. Now, in many municipalities across Japan the name is changing to “Celebrating 20 years of age はたちを祝う会” – reflecting an amendment made last year that updates this important milestone event.

This ceremony serves as a rite of passage into adulthood, and is generally held in the morning at local city offices all throughout Japan. All young adults who turned or will turn 20 between April 2 of the previous year and April 1 of the current year are invited to attend (but not mandatory). Government officials give speeches, and small gifts are often presented to the newly-recognized adults. Japan’s larger cities will host several of these ceremonies. In Tokyo, the ceremonies at the Shinjuku and Shibuya Ward offices are some of the biggest in the nation, and therefore receive a lot of media coverage. On the morning of the ceremony, newspapers, press, and photographers line up outside of these two ward offices at a chance to photograph or even interview the young attendees. 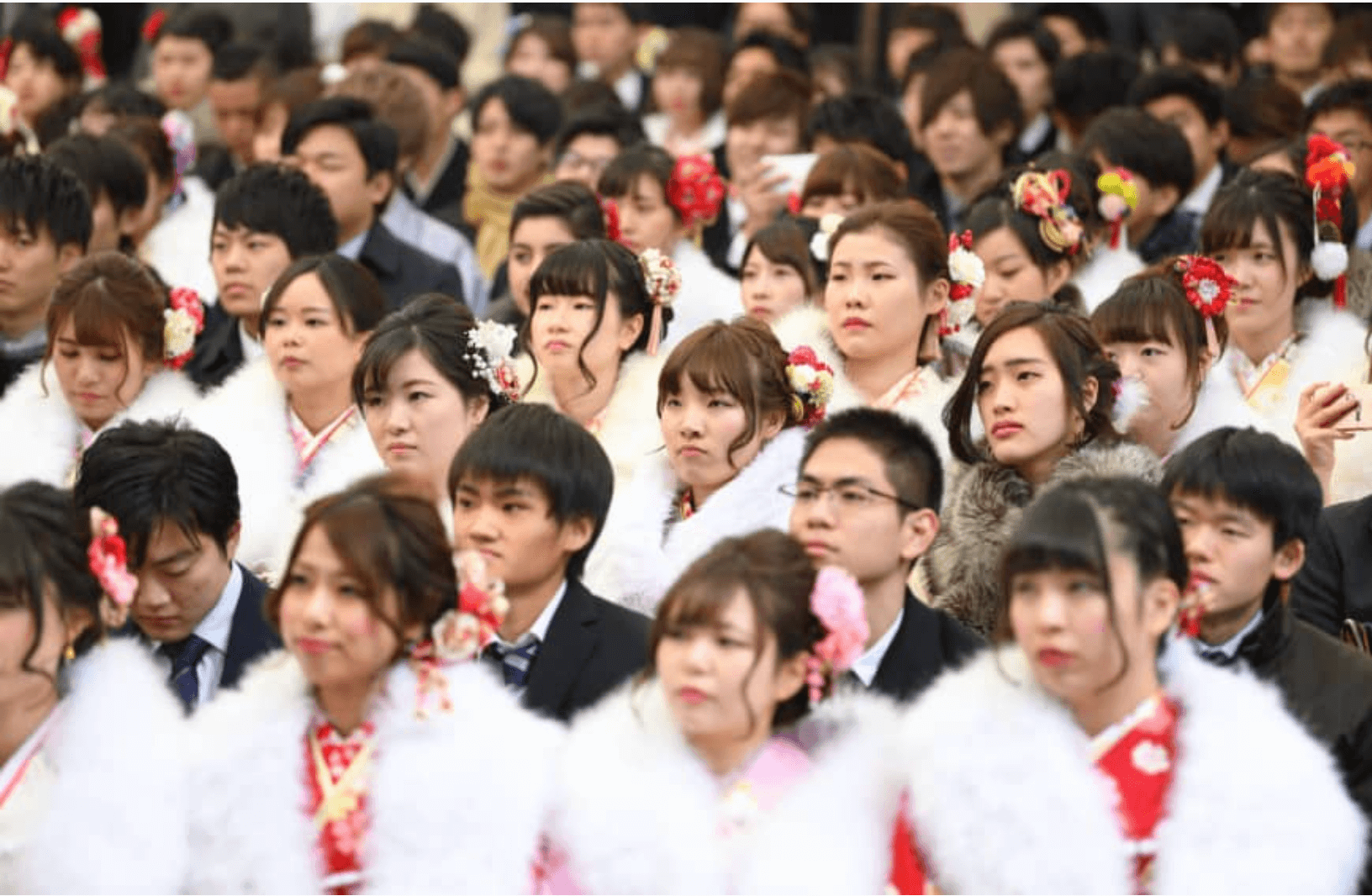 What to wear to the Coming of Age Ceremony?

Many women celebrate their Coming of Age Day by wearing  furisode, a type of kimono that has long, hanging sleeves, and zōri sandals. Since most are unable to put on a kimono by themselves, many visit a beauty salon to get dressed and have their hair styled and decorated. A full set of this kind of formal clothing is incredibly expensive, so most young women rent kimonos for the occasion. In fact, the kimono industry relies heavily on Japan’s Coming of Age holiday. It is also not uncommon for young women to have professional photos taken at a studio to commemorate the lifetime milestone.

As for men, the male attendees traditionally wore kimono called montsuki–hakama. These days, some still do wear them, but nowadays it is much more common for men to attend the ceremonies dressed in a formal, Western-styled suit and tie. 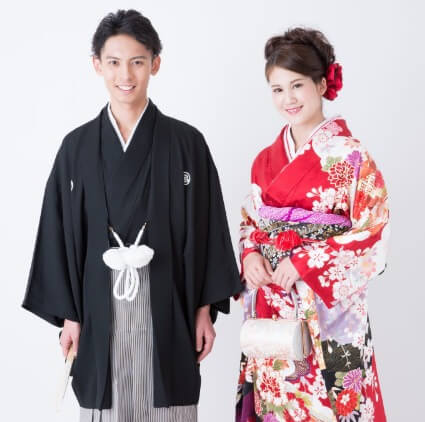 What do new adults do on Coming of Age Day?

Before or after the ceremony, the new adults often go to a local shrine with their families to pray for health and success in their newfound adulthood. And, following the full day of ceremonies, shrine visits, and many, many photos, most of the new adults will attend after parties. The young men and women will go out with their friends for a more casual gathering at an izakaya or restaurant to celebrate all of them reaching the legal drinking age. 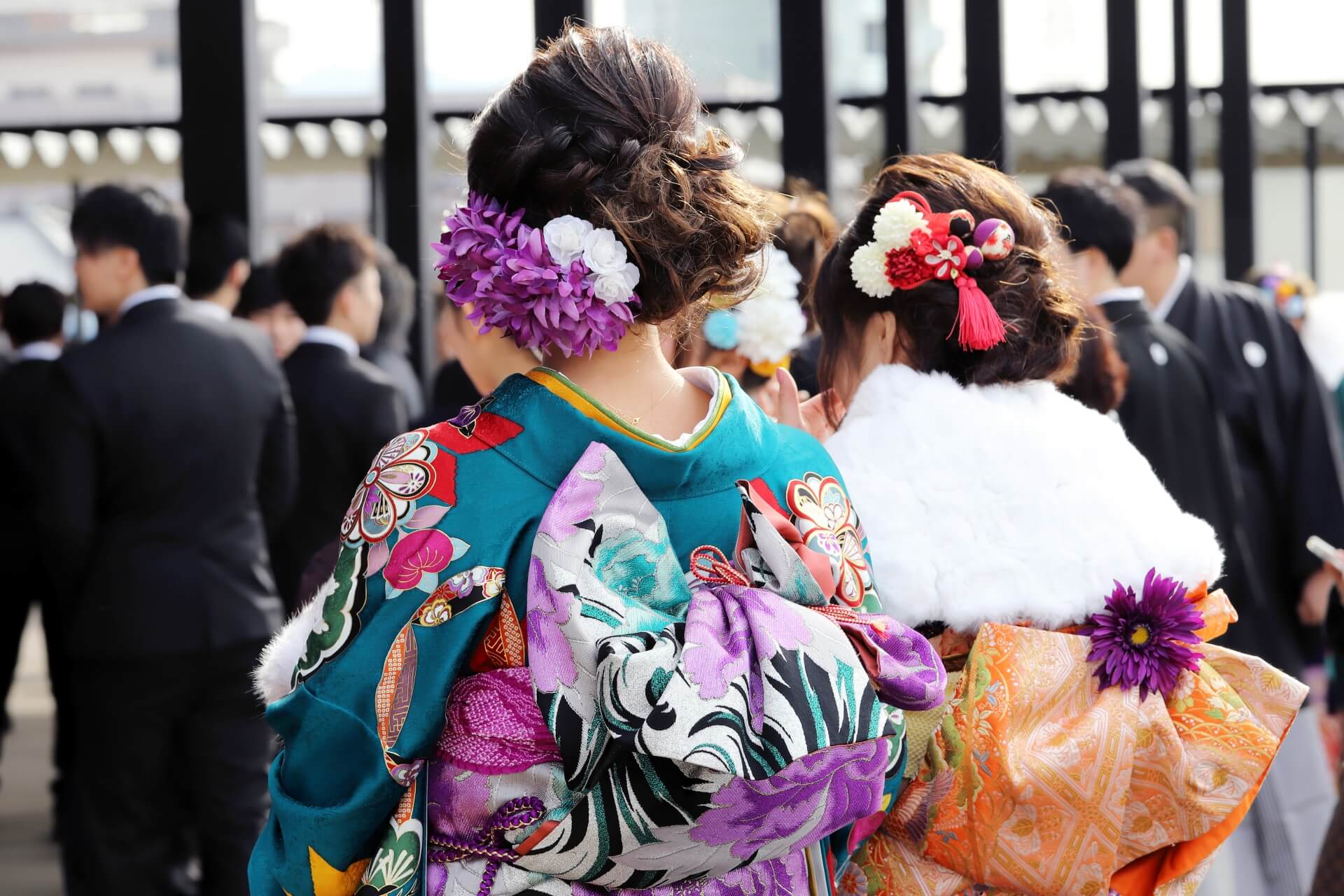 The following items can be done from the age of 18 years old according to this amendment to the law.

The following items can be done at age 20 as before

As Japan’s youth embrace the future, Coming of Age Day must evolve in order to remain a meaningful and special moment. This annual tradition is sure to continue being an important milestone for transitioning into adulthood, yet we can anticipate how new generations will shape it as they come into their own.