Japan has over 200 castles, called shiro (城) in Japanese. Many of these ancient, well-preserved fortresses are Japanese National Treasures. Here are some of the must-see castles in Japan and what they’re famous for!

At one time, Japan had over 25,000 castles. This was due to the fact that during the 15th century, Japan entered a period of civil war called the “sengoku jidai” (戦国時代). Castles were built by the thousands and played an incredibly important role during that time. They are more than just beautiful – they are good protection during times of war.

Although we are now in a time of peace in Japan, over 200 castles are still open for visitors to explore in and around. These incredible fortresses contain elements that are beautiful remnants of history, and appreciated by millions of visitors every year. A handful of these castles have towers which stand in their original, unaltered forms, and others have been carefully and accurately recreated.

Here are the top 7 most incredible must-see castles in Japan:

This Japanese National Treasure is Japan’s biggest and most-visited castle. Also called the White Heron Castle for its stunning white exterior, it is also Japan’s only UNESCO World Heritage Castle. It is also one of the country’s 12 “original” castles, as it was never destroyed by war or natural disaster and still stands tall in its original form today. 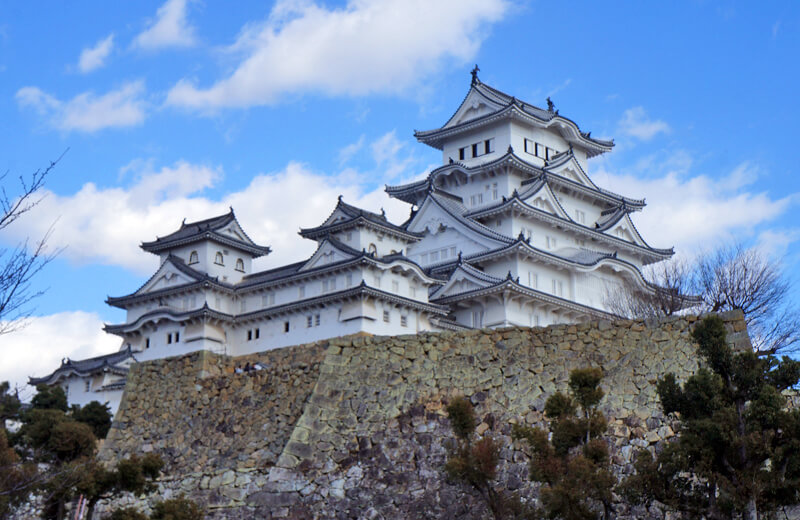 Matsumoto Castle is also known as the “Crow Castle” for its incredible black exterior. The castle is actually a hirajiro (平城), or a castle built on flat land as opposed to a hill or mountain. It is also one of Japan’s 12 original castles. 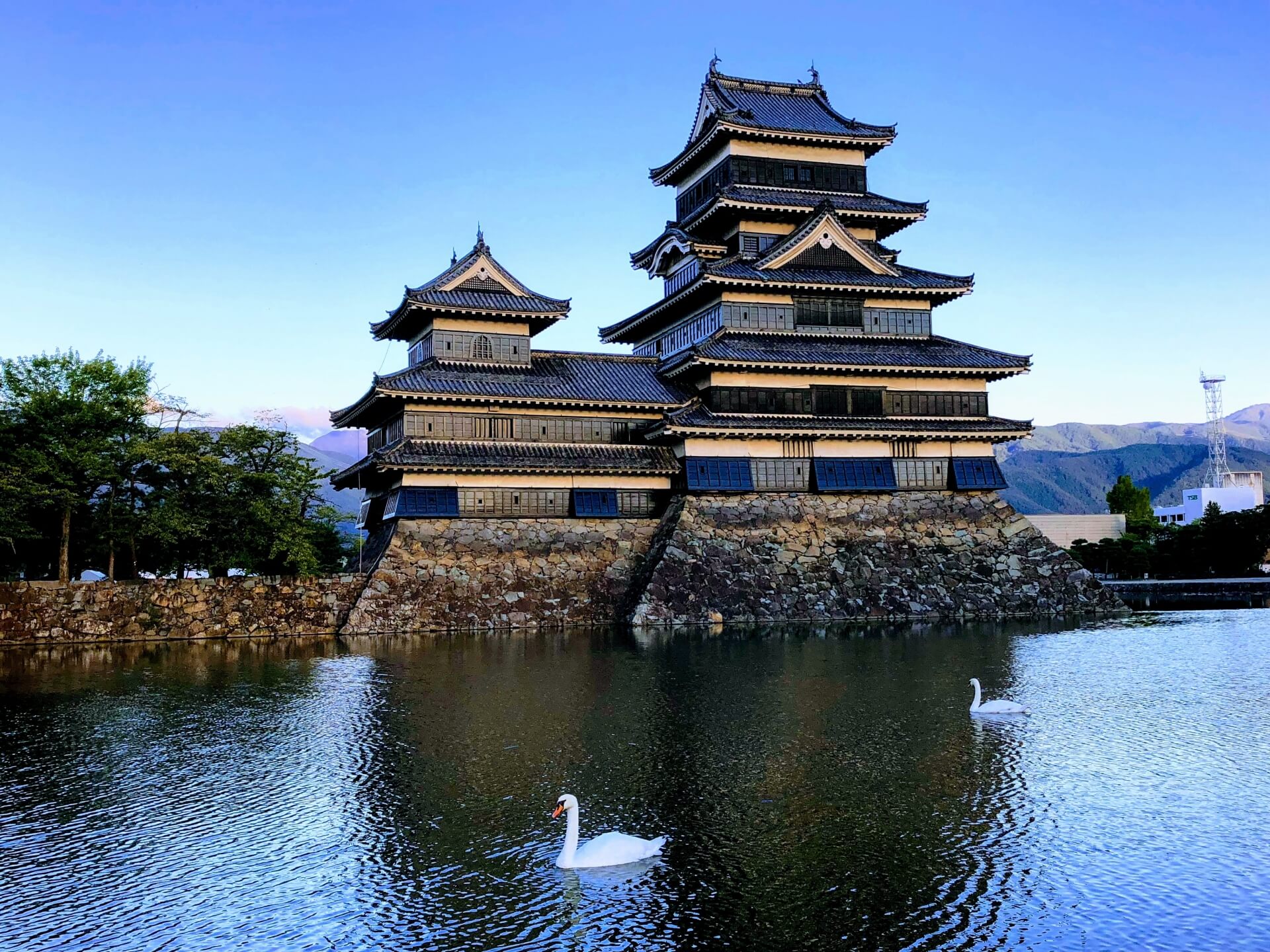 This iconic symbol of Osaka is one of Japan’s most famous landmarks. Although it is a popular tourist spot year-round, it is especially popular as a cherry blossom viewing spot in the Spring. 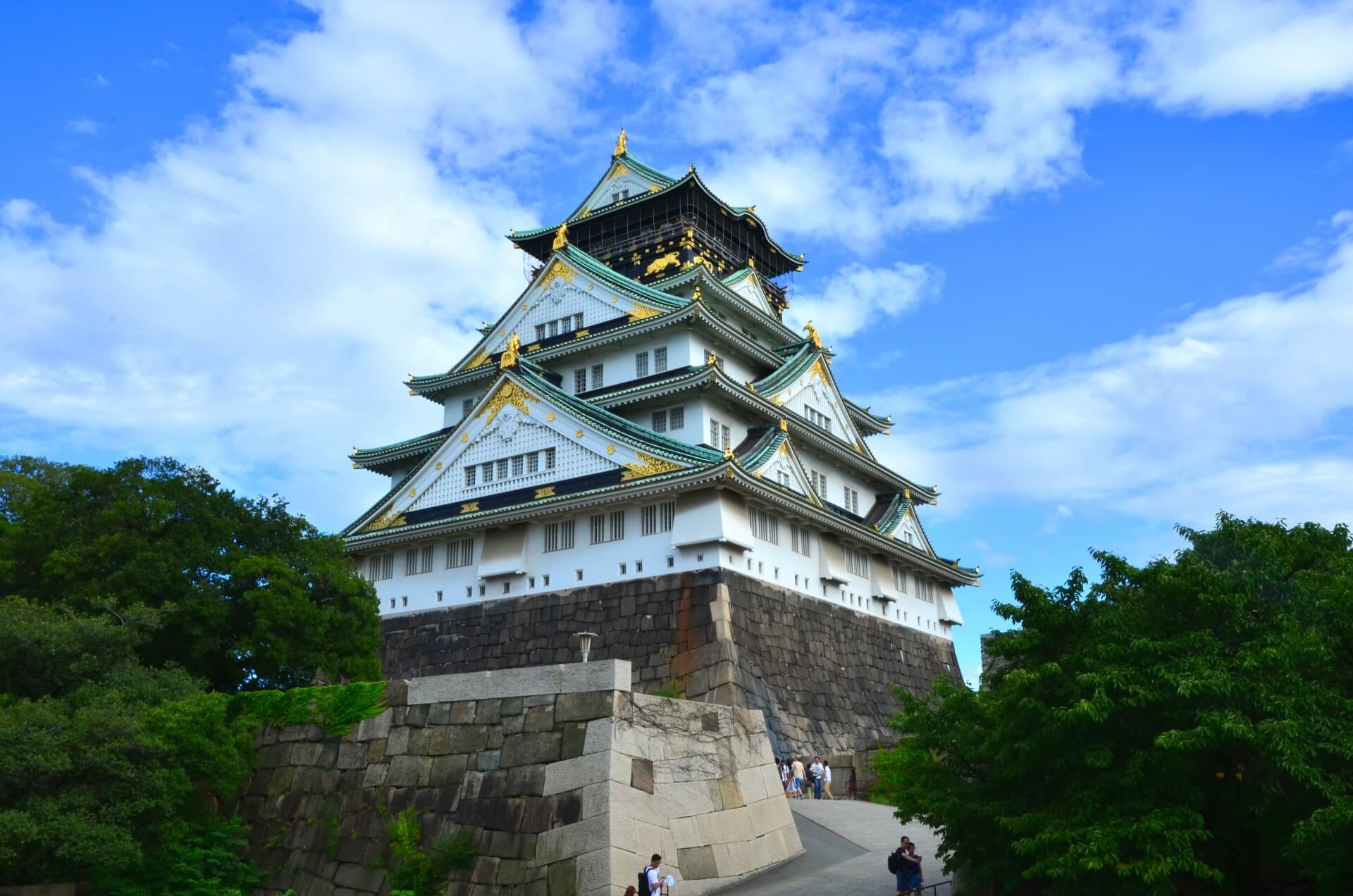 This castle is nationally famous for its impressive black exterior and expansive castle grounds. The castle is currently under construction from damage sustained during the big 2016 Kumamoto earthquake, but is scheduled to reopen on October 5, 2019. 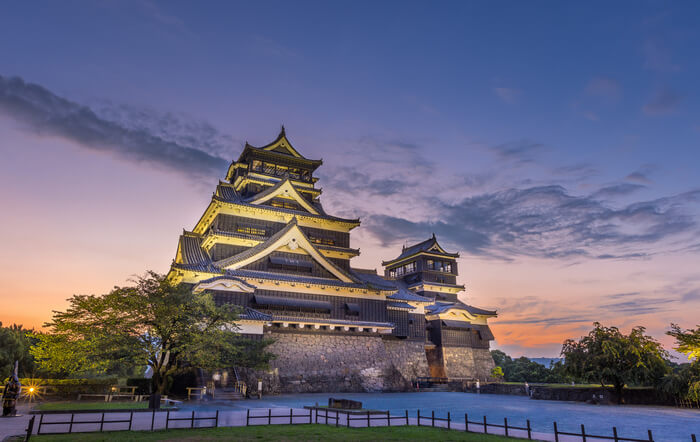 This castle is one of the biggest tourist attractions in all of Nagoya Prefecture. The most famous part of this beautiful castle is the Golden Shachihoko (mythical carp) decoration on the very top. Beginning in May of 2018, the main castle keep was closed for reconstruction, scheduled to be torn down in 2019, and set to be reopened in 2022. The castle grounds and facilities, including the Hommaru Palace, will remain open during the reconstruction period. 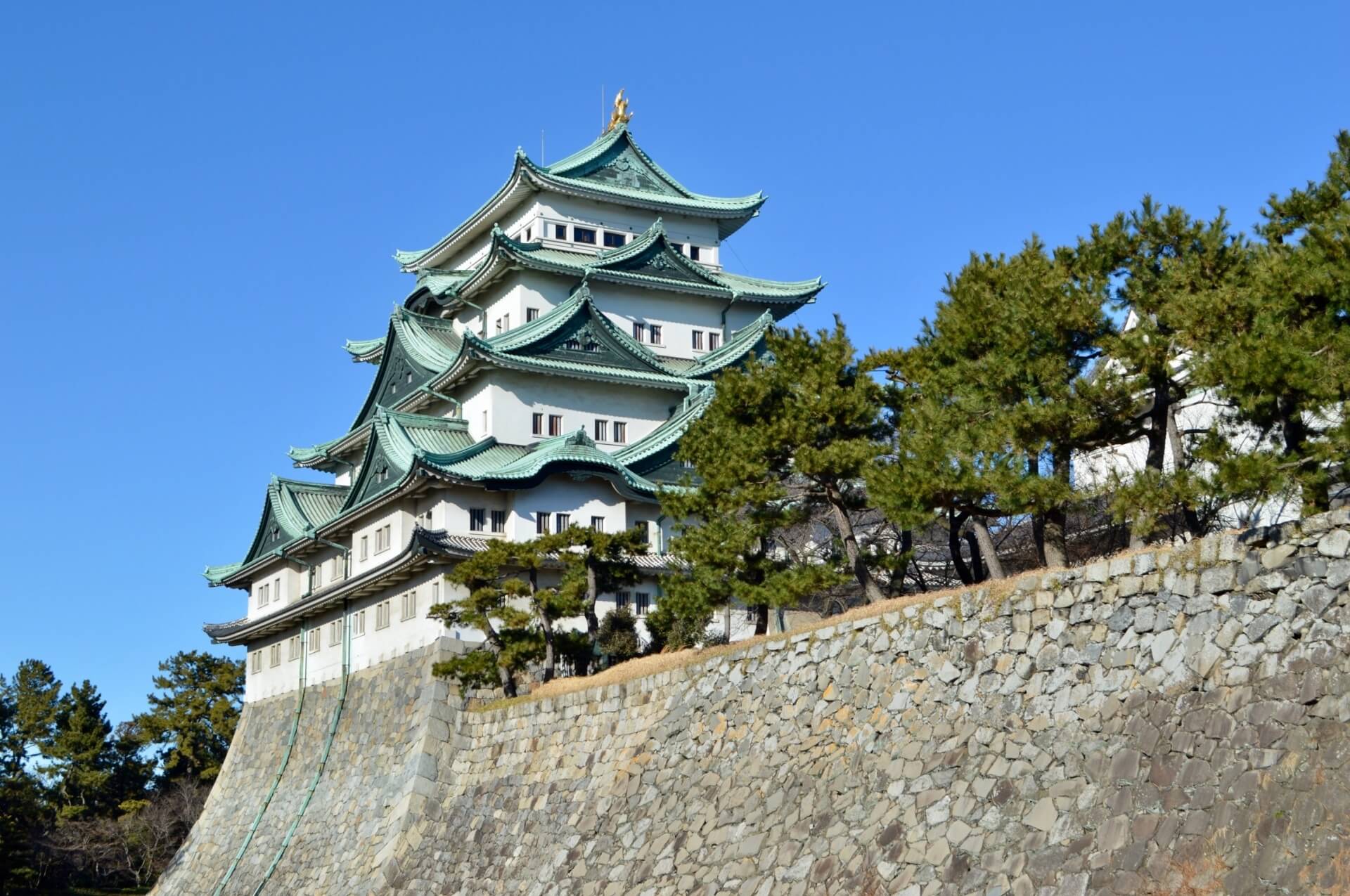 In addition to being one of Japan’s Three Great Lake Castles, Matsue Castle is one of 5 Japanese National Treasures and one of Japan’s Top 100 cherry blossom spots. The well-preserved black fortress is also one of Japan’s 12 original castles. In addition to touring the castle’s main keep and castle grounds, people can also take a river boat cruise around the moat. 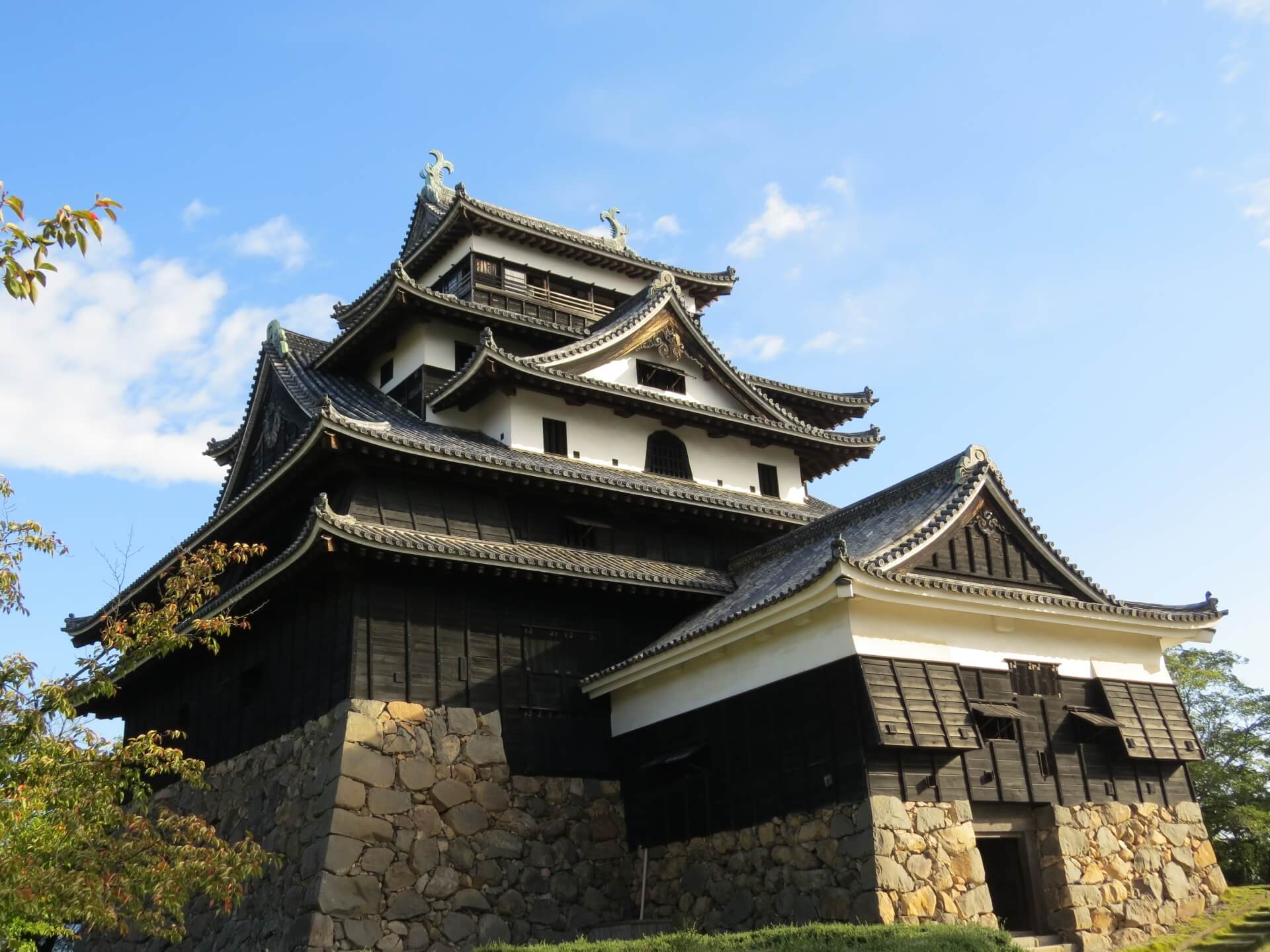 Hirosaki Castle is a three-story fortress that is famous for being one of Japan’s 12 original castles. The area around the castle, Hirosaki Castle Park, is one of the most popular cherry blossom spots in all of Japan. The park is home to an astounding 2,600 trees, which are spread throughout the grounds in a sakura paradise of cherry blossom tunnels, petal-filled moats, numerous picnic areas, and even rental rowing boats. 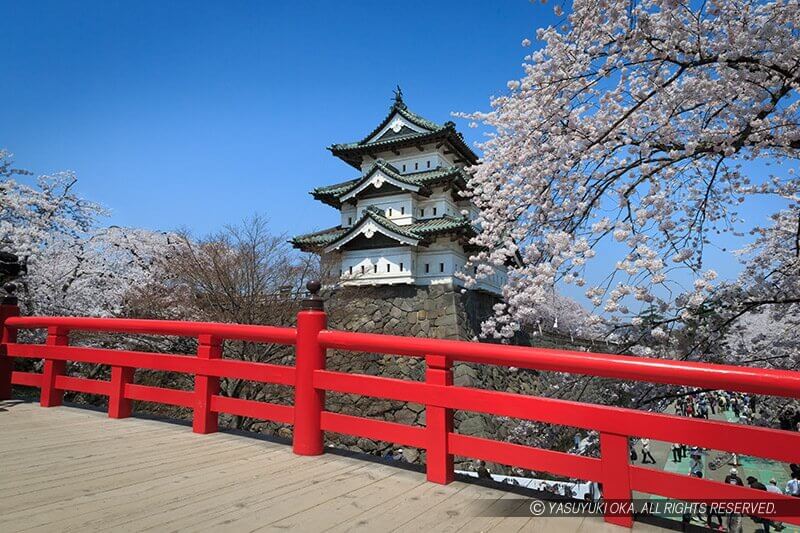