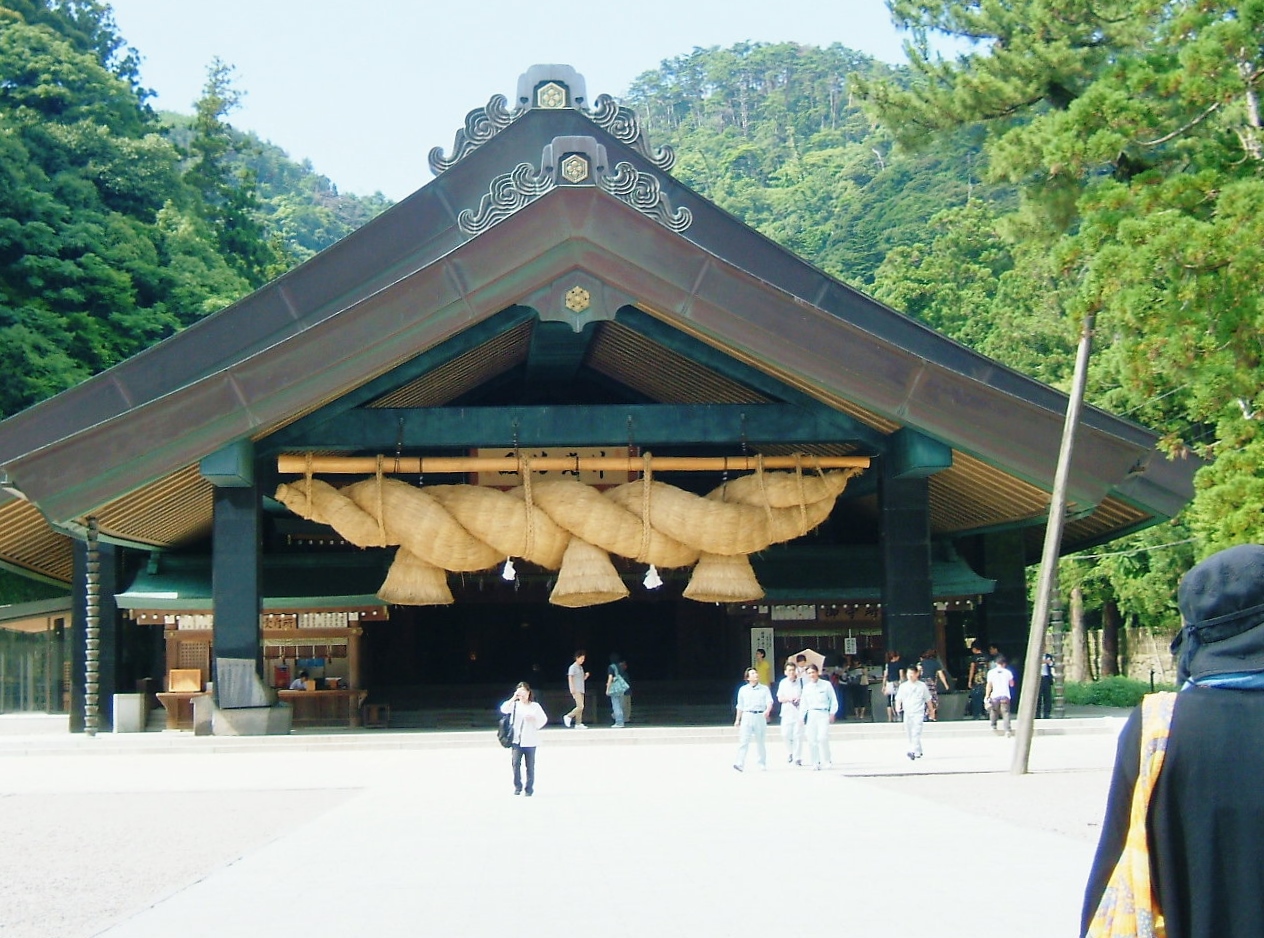 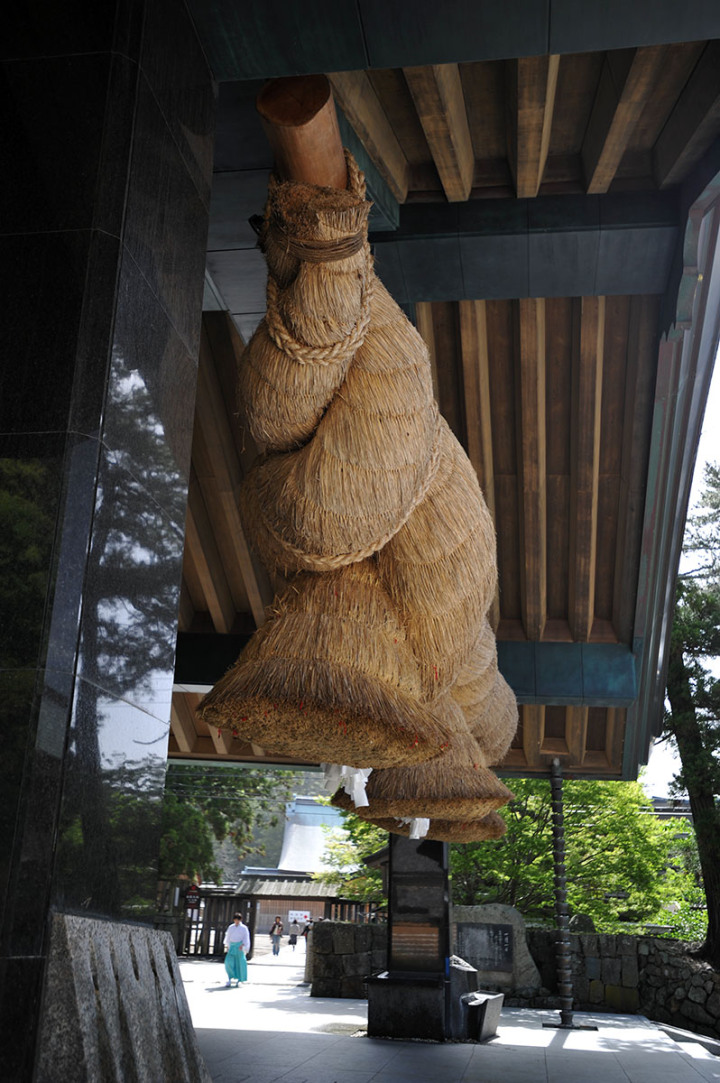 Izumo-taisha (出雲大社 Izumo Grand Shrine) located in Izumo, Shimane prefecture on the north coast of Japan, is one of the most ancient and important Shinto shrines, ranked one of the highest among the taisha-class shrines (higher than normal shrines) of Japan. No record gives the date of establishment and it’s widely believed to be the first shrine in Japan, with its origins in the mythical beginnings of this country.
This shrine is dedicated to the god Ōkuninushi (Ōkuninushi-no-mikoto), famous as the Shinto deity of marriage, and is a very popular place to tie the knot.

The giant straw rope, Shimenawa, hanging at the entrance is the biggest in Japan and is said to weigh about 5 tons.