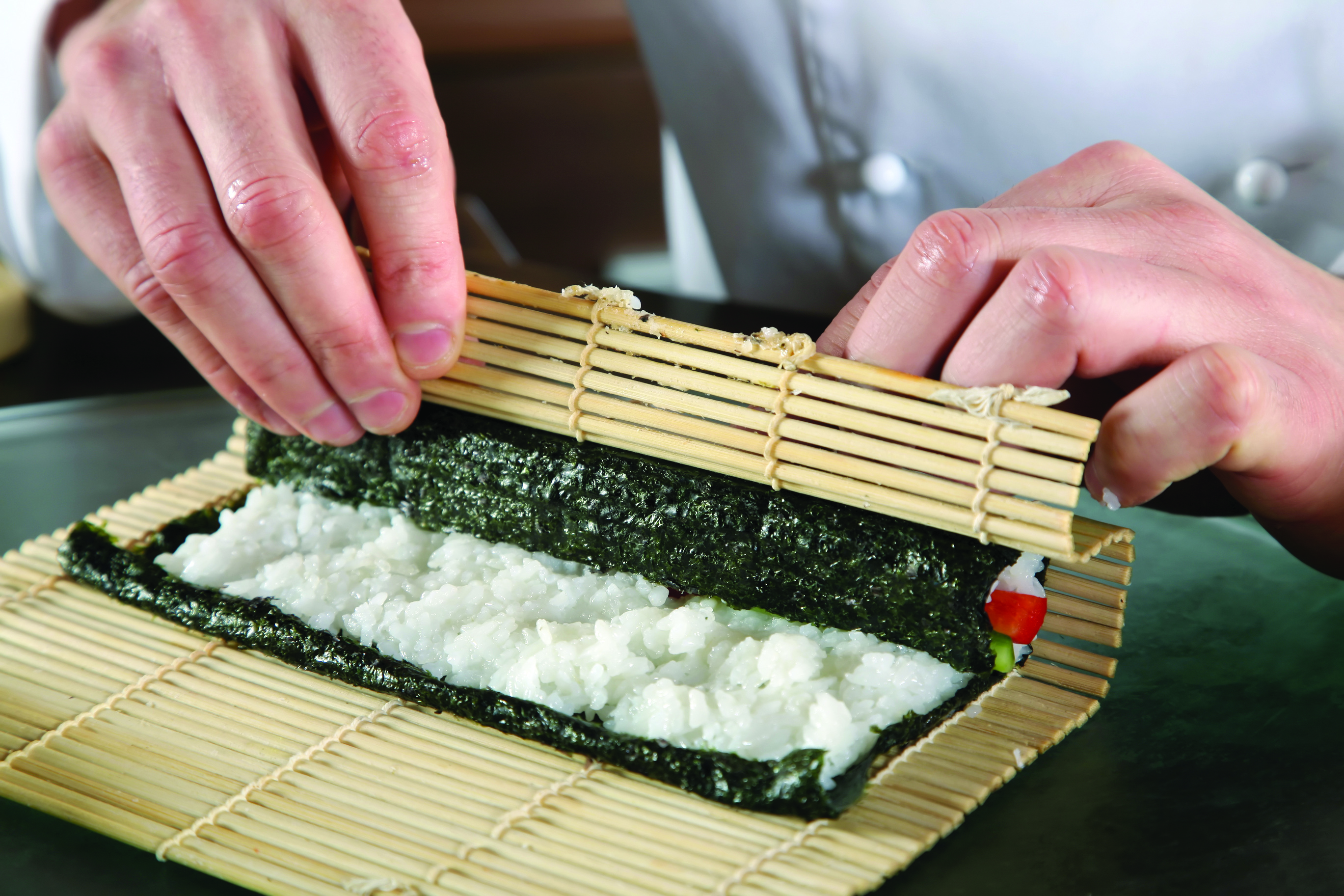 Anyone who has eaten sushi or onigiri can appreciate the nori wrapping used to bind and flavor these delectable dishes. But what is nori and how is it made? “Nori” is the Japanese name for a group of edible seaweed that grows organically on rocks around shallow areas in cold-water oceans. 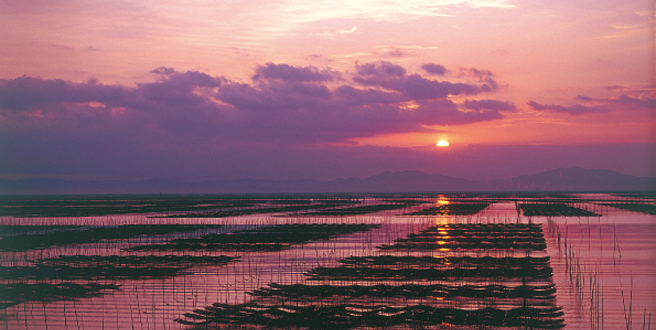 The Japanese have harvested seaweed from rocks for thousands of years using it as either food or fertilizer. During the Edo period, in the area that is now known as Tokyo, seaweed was discovered to be growing in abundance around the nearby bay and along the mouths of the rivers connecting it. This seaweed was known as “Asukasa” nori, based on the place along the Sumida River where is was frequently harvested.

With the discovery of this plant, local folks went into the shallow waters to hold their nets. Early Edo fishermen began to devise a primitive method of cultivating the seaweed during the early part of the 18th century. They drove stakes into the seabed at the mouths of rivers by the bay creating production beds for the algae to attach and grow. It was further discovered that the spores reproduced well in salty water and bloomed in fresher waters which led to the refinement of the cultivation process.

Although nori was originally eaten wet in Japan, there was a growing need to preserve the nori longer because of increased production. The solution came from another industry, paper manufacturing. By shredding the seaweed, shaping them into thin sheets, and eventually dried in the sun, the paper-thin nori kept longer and became perfect for wrapping rice.

Today, nori cultivation involves several steps in its production. First is the “seed” production where male and female nori fronds release cells in the spring and the resulting spores go into mollusk shells where they grow further during the summer. Commercial facilities use controlled environments for temperature and light sensitivity to ensure optimal growth. The second step is seeding the conchospores into special cultivation nets wrapped around large drums. The next step is the on growing where the nets are affixed to poles in the sea because salt water is ideal for nori growth. The farmers then begin to thin out the nets by reducing the layers of seaweed filled nets gradually. Some of these nets are then kept in cold storage. When the nori grows to a length of 20cm which is roughly around 50 days after seeding, the farmers begin the process of harvesting, each crop can be harvested around 4 times at 2 week intervals. This occurs during the months of October to early December, but farmers can extend the season by using the nets they stored previously. The final step is the processing where the nori is washed, minced, and pressed into flat sheets. The finished product is then shipped out to market.

Nori is still grown on the far side of Tokyo Bay in Chiba Prefecture, but the most important production areas in Japan are in Kyushu, around the Ariake Sea; Hyogo prefecture in the Seto Inland Sea; Mie and Aichi prefectures around Ise Bay . 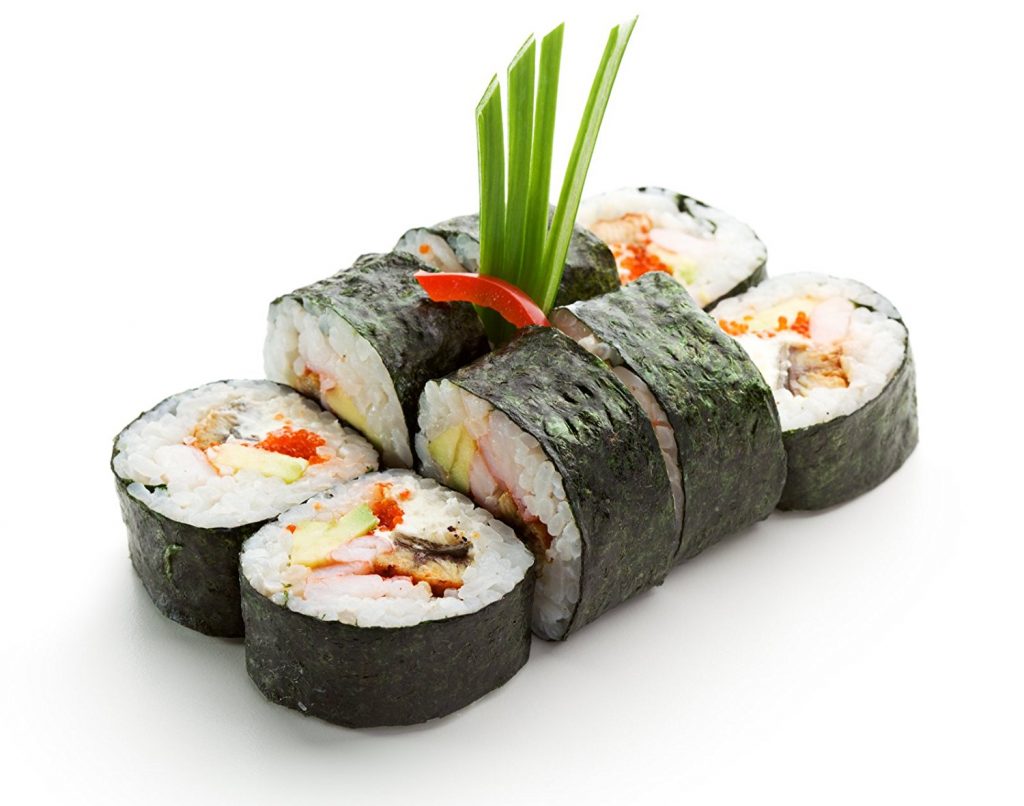 Nori used in variety of dishes

Aside from sushi and onigiri, nori is used as garnishing or flavoring for noodles and soups. Another nori based product is called “ajitsuke-nori” which is simply nori mixed with seasonings and is commonly eaten as a snack. Nori is rich in protein, fiber, and beneficial nutrients like calcium, beta carotene, and folate. 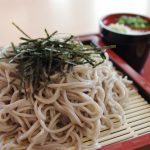 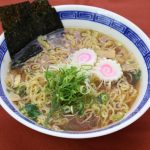 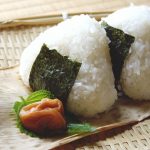 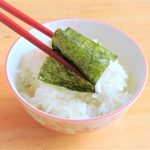 If you want to know more about the history and production of nori, you can visit the Omori Nori Museum in Ota City. The museum showcases the process of nori cultivation and includes large-scale dioramas – including the only remaining original noribune (nori boat). English pamphlets available for non-Japanese speakers. The museum also offers regular experiential courses to allow visitors the opportunity to make their own nori sheets. 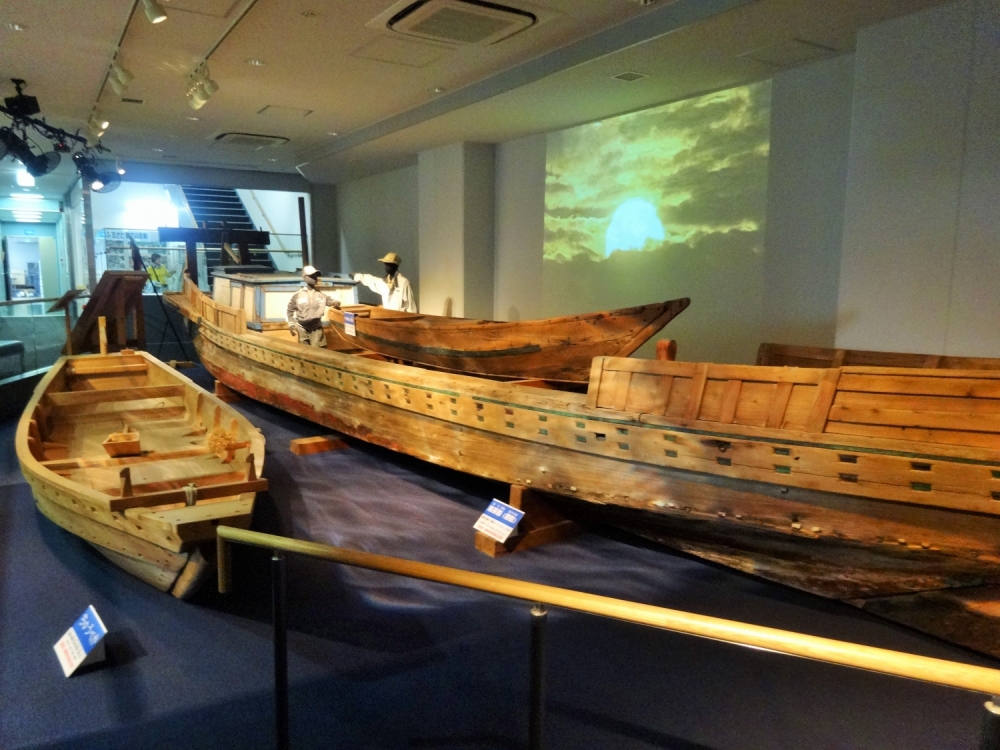