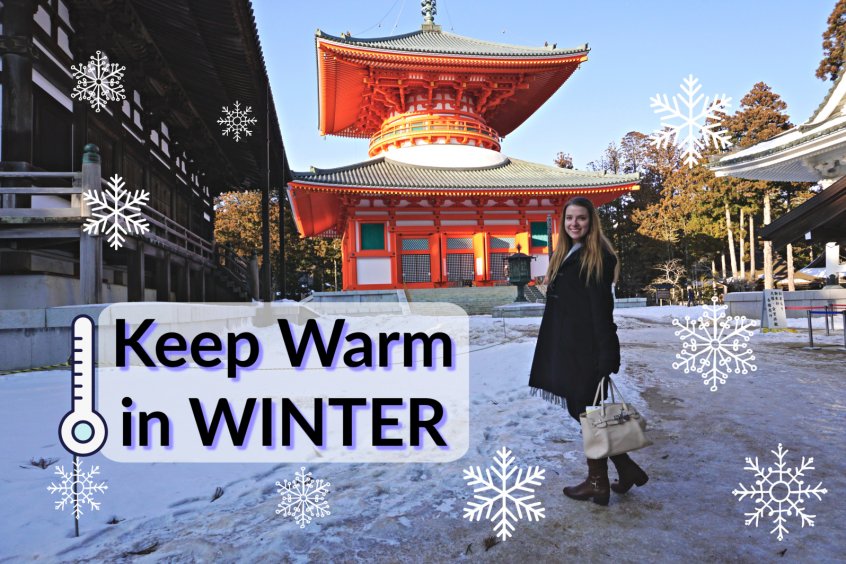 Winter in Japan usually lasts from December until February, and can be pretty unforgiving if you’re not used to the cold. Temperatures average around 2ºC~10ºC (35°F~50°F) in city areas, and can get as low as -6°C (21°F) in country side and even colder in Hokkaido! If you’re visiting Japan during the winter months, you’ll definitely want to take care to stay as warm as possible. Here are some tips for keeping warm during winter in Japan!

If you’re spending time outside, one of the best things to do is grab a hot drink from a convenience store or vending machine. Called jidōhanbaiki (自動販売機) in Japanese, vending machines can be found all over cities, towns and even in the countryside. These drink machines usually offer both hot (あったか〜い attakaai, formal word is あたたかい atatakai) and cold (つめた〜い tsumetaai, formal word is つめたい tsumetai) beverages in the same machine. Even if you can’t read Japanese, it’s easy to understand, as cold drinks have a blue label, and hot drinks have a red label. 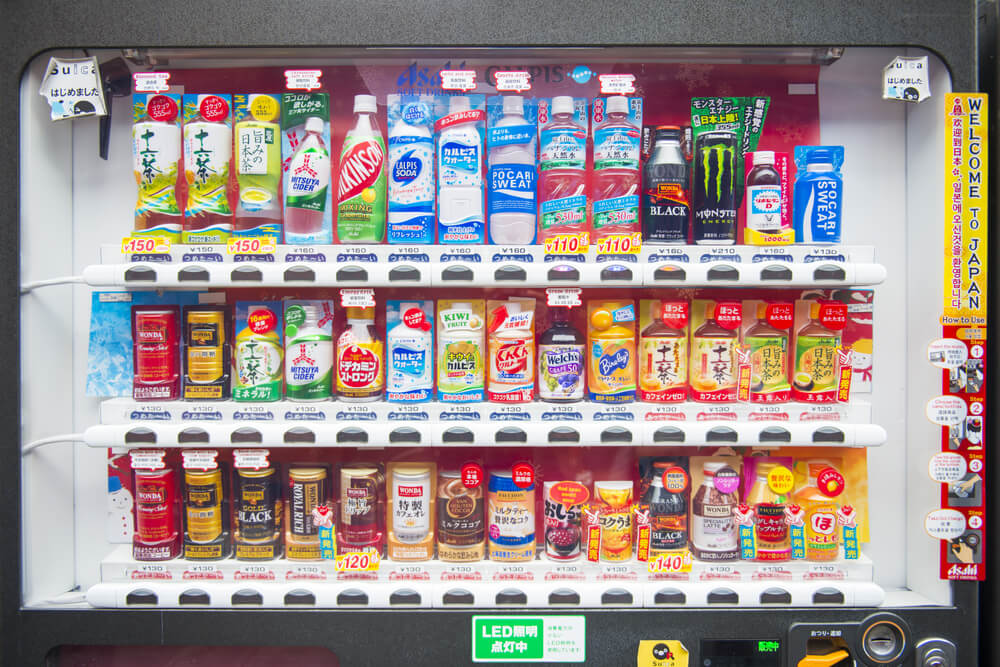 The different items available inside the vending machines’ change depending on the time of year. In the summer, most of Japan’s vending machines mostly offer cold drinks only, but as soon as the weather starts to cool down at the end of fall, the machines will switch to feature warm beverages for winter. And, there’s more than just drinks for sale! Many vending machines serve hot canned soup with flavors like corn potage or creamy pumpkin. Apart from warming you up as you drink, it also feels good to just hold the hot can in your hands while you’re waiting for a bus or train. 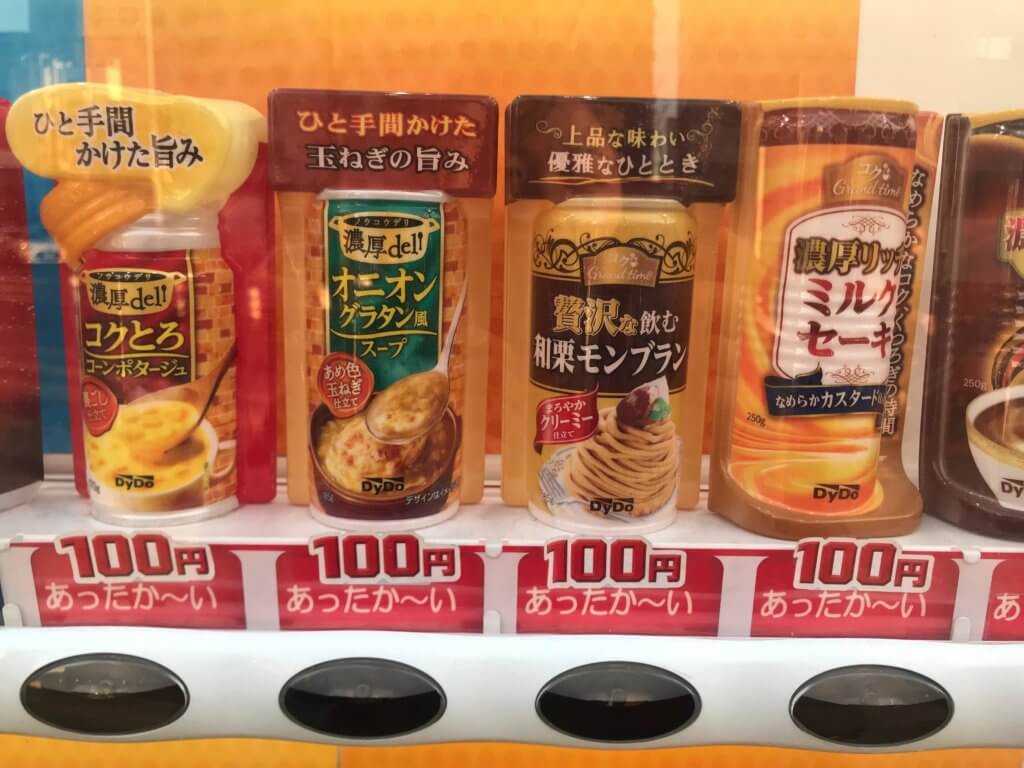 Japanese cuisine has loads of hot dishes and flavorful soups that are perfect for the colder months of the year. One simple, nutritious and warming dish to eat during the winter time is nabe. It’s essentially a Japanese style hot pot with meat, vegetables, oden and tofu in broth, and is also easily customizable based on your dietary requirements. It’s served in the nabe pot it was cooked in, with the little gas stove under it still burning so as to keep it warm as you eat. As it’s a popular winter dish, in the cooler months you can often find a little section at the supermarket, where they have nabe ingredients conveniently packaged together. Other popular foods that will raise your body temperature a few degrees are ramen and oden. 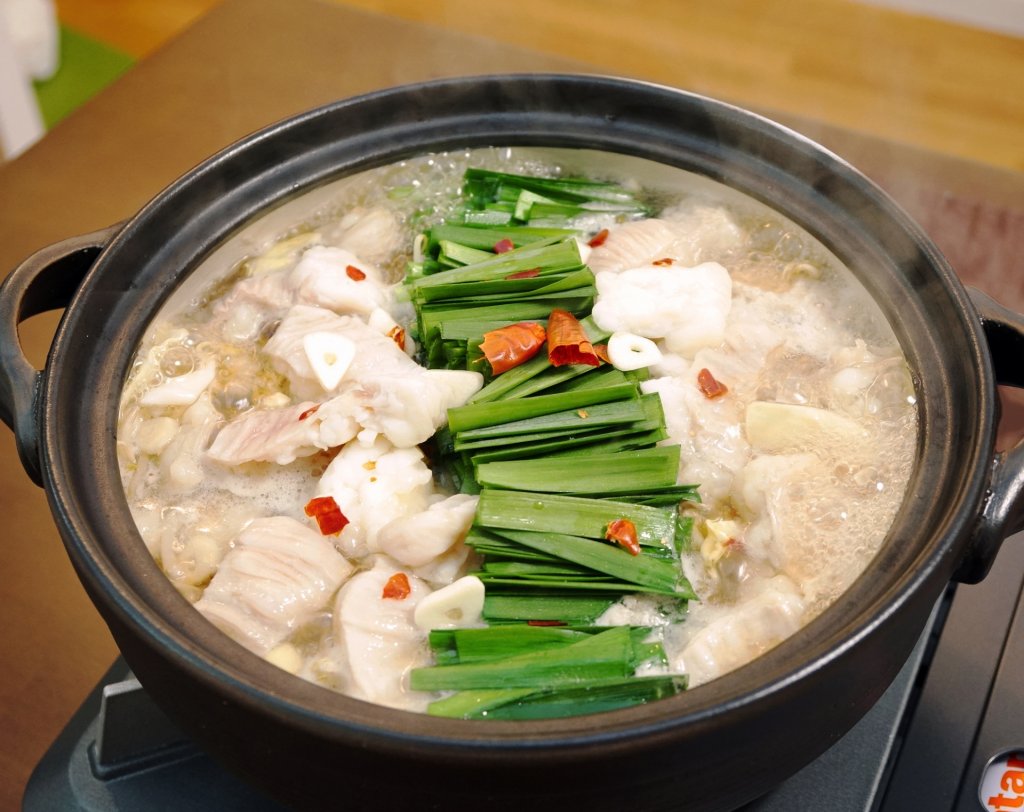 Kairo (カイロ) are pocket warmers filled with a material that can be activated anywhere upon snapping them or moving the gel around with your hands.They are extremely popular and can be found at pharmacies, convenience stores, and 100 yen stores like Daiso or Seria. Some will last for just a few hours, while others can last almost all day. You can put them in your pockets, inside your shoes and there are even ones with a sticky back so you can strategically place them on the inside of your clothes or between layers for added warmth. Though most are disposable after a single use, nowadays there are many more eco-friendly varieties that can be reactivated and reused again and again, often by way of placing them in boiling water. 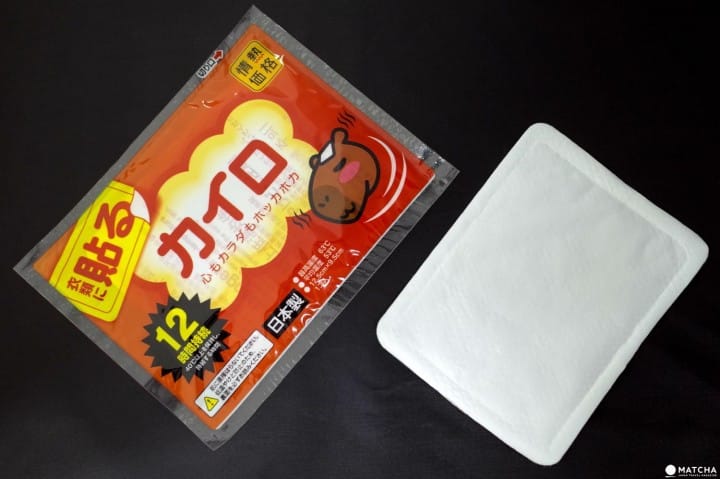 4. Layer Up With Japanese Thermal Wear

Thermal wear in Japan is some of the best in the world. Simply wearing thermal wear beneath your regular attire is one of the easiest ways to keep out the cold. The most popular kind of thermal wear in Japan is Heattech, which is patented Japanese technology from the clothing company Uniqlo. It is ultra-thin, and specially designed to provide warmth in the winter. Uniqlo sells a wide range of Heattech inner layers, as well as gloves, scarves and fleece neck warmers. It’s quite affordable, too! 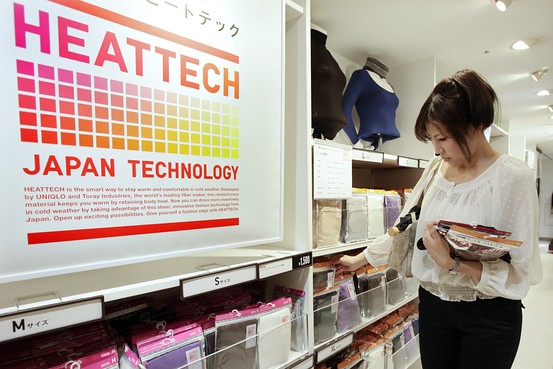 In Japan, layering clothing is absolutely essential, as nothing will trap your body heat just like layering clothing does. Pile on a few inner layers, and complete your outer layer with a scarf, earmuffs or a hat, and gloves. A solid pair of weather-resistant walking shoes or boots is a must during winters in Japan. And, you’ll definitely want a good winter coat! 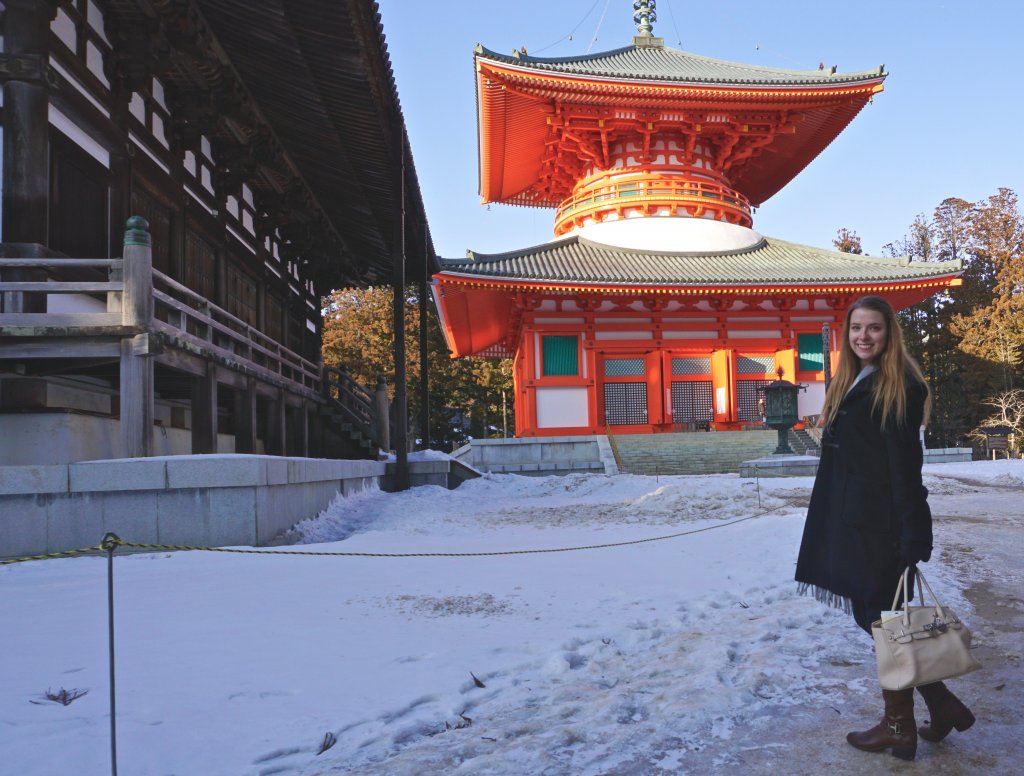 Kotatsu (こたつ) are a staple in every Japanese household during winter. A kotatsu is a low table with a heater underneath, with a thick blanket draped overtop to hold the warmth in, and then a final table surface on the very top. Japanese families often huddle around the kotatsu, sitting so that the lower half of their body is underneath the warm blanket. The kotatsu is a great place to sit and read, watch TV, study, eat dinner, or even take a nap. 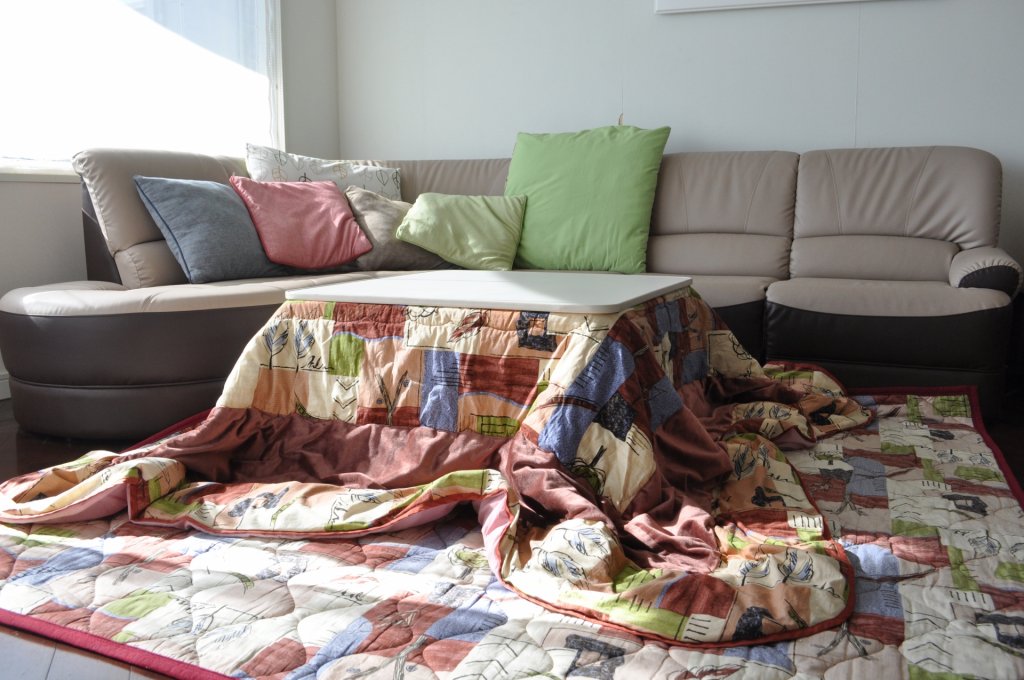 Kotatsu have been used by Japanese people for centuries. In the past, the heater was a kind of charcoal burner, but now it is typically an electric lamp. There are two types of kotatsu used in Japan today in both restaurants and homes. The first sits directly on the floor, while the second is a hori-gotatsu (掘りごたつ), that sits over an open pit in the floor, providing a space for people to dangle their legs. 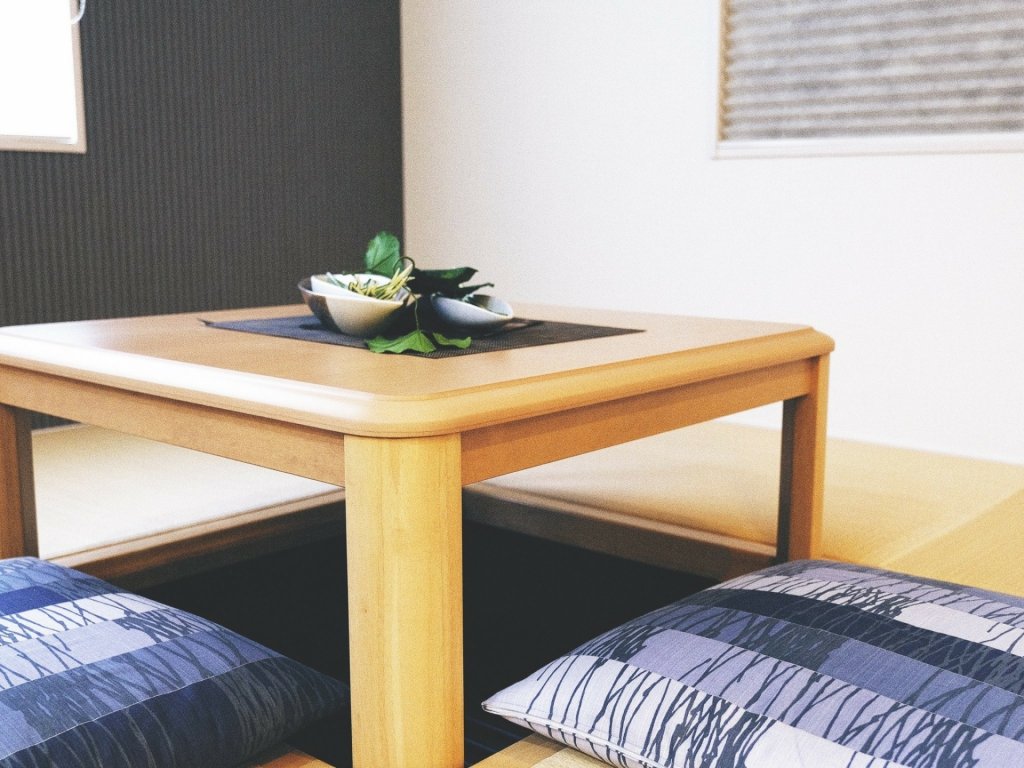