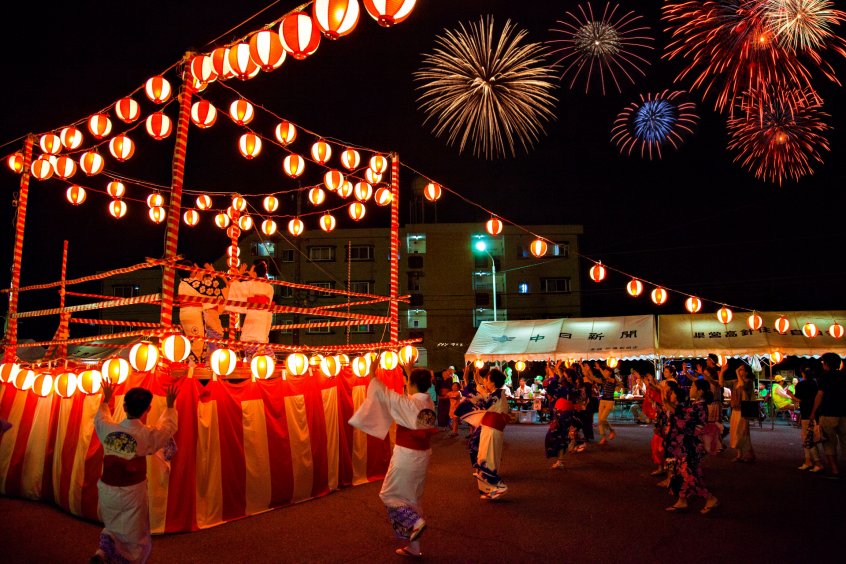 Summer in Japan is a season bursting with matsuri celebrations, especially at night when the air cools down. Most of the festivals in the summertime are held outdoors, for the favorable weather allows visitors to enjoy the celebrations both during the day and the nighttime. Summer festivals are characterized by local bon odori (bon dances), the summer version of Kimono called Yukata (浴衣: ゆかた), and impressive fireworks displays. Here’s how you can enjoy natsu matsuri (夏祭,  summer festivals) in Japan!

Yukata (浴衣) are the summer version of kimono, a traditional piece of Japanese clothing. It is quite common for people to come to summer festivals wearing colorful yukata. The robe is usually made of cotton or synthetic fabric, and is worn wrapped around the body and fastened with a sash called an obi. The colorful, lightweight fabrics are perfect for the summer festival atmosphere! 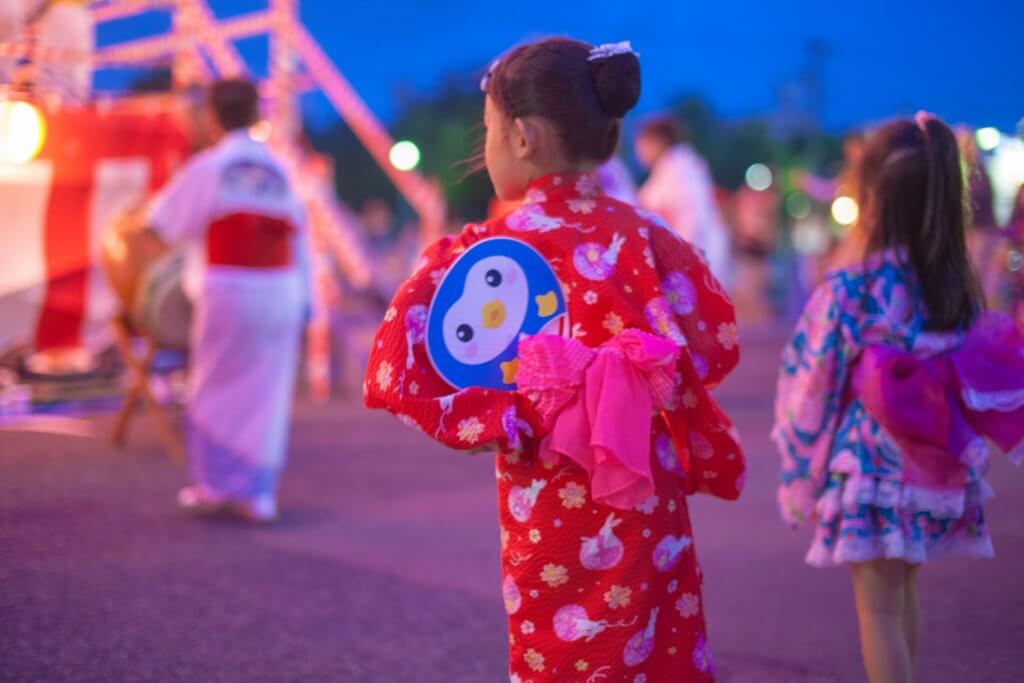 Almost all matsuri will have street food and entertainment in the form of colorful pop-up stalls that line the streets leading up to the main festival venue. These festival stalls come in a variety of types and colors, as well as a variety of names, including: yatai (屋台), demise (出店), or roten (露店). 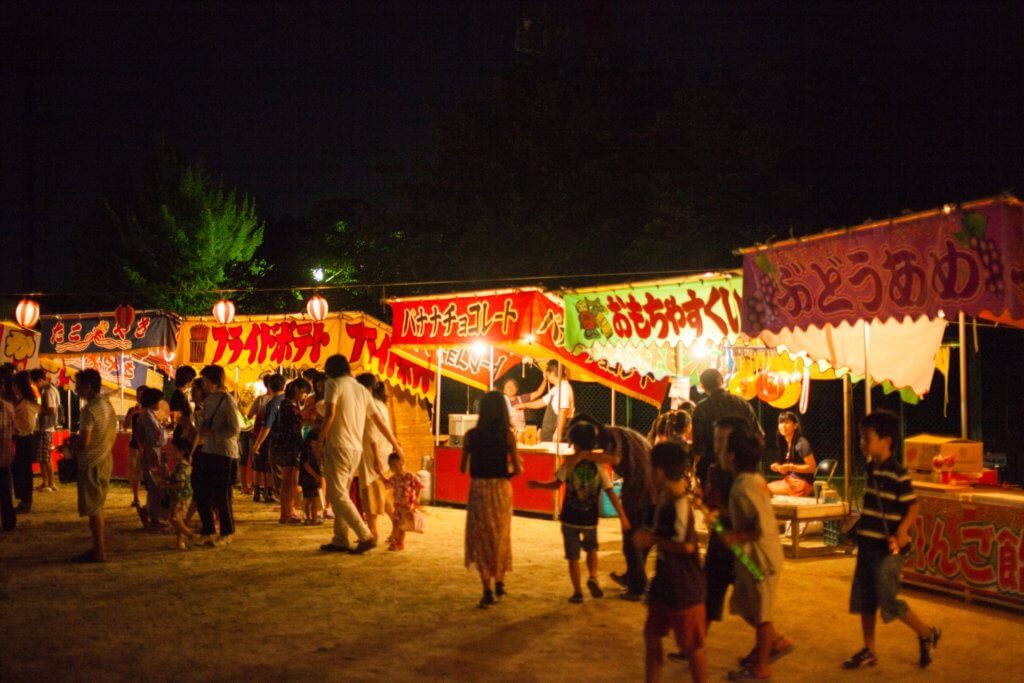 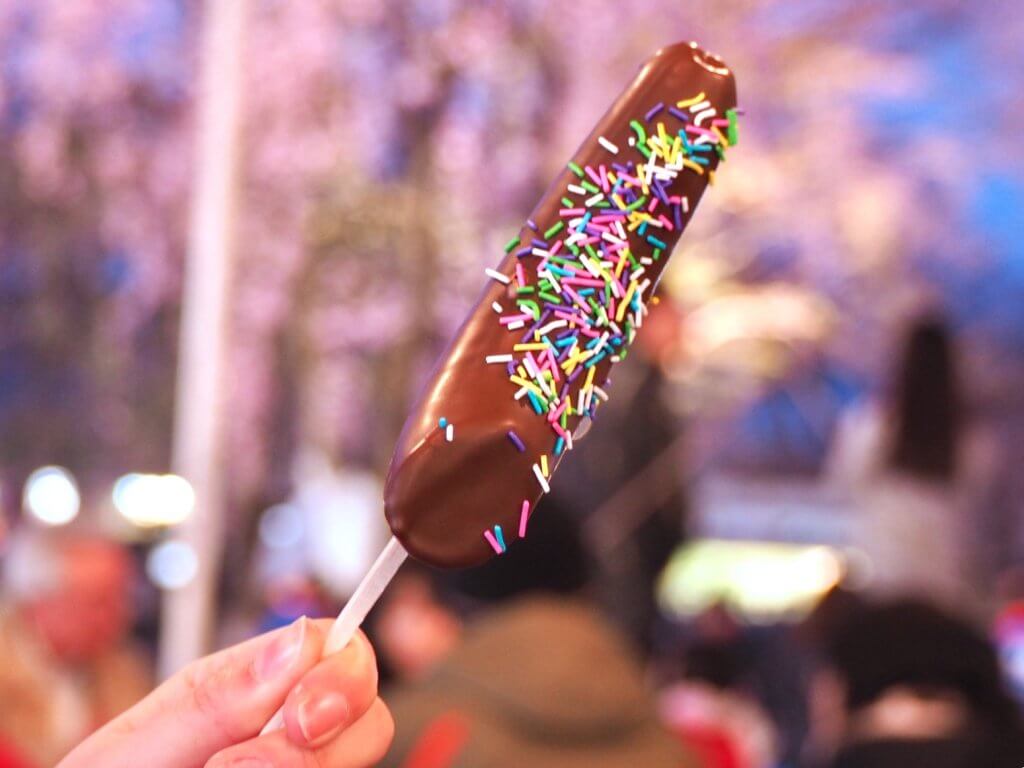 In addition, many of the stalls offer simple carnival games that are loved by people of all ages! People typically play shateki(射的, gun shooting for small prizes), wanage (わなげ, ring toss), or various sukui (すくい) games where they try to scoop toys, balls, and even goldfish out of water in a game called kingyosukui (金魚すくい). 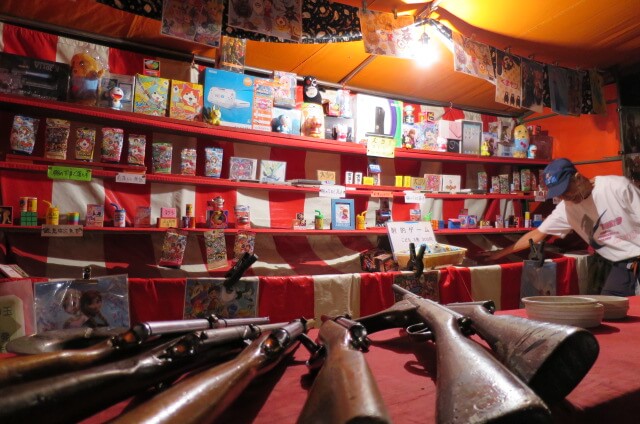 Fireworks, called hanabi (花火) in Japanese, have a long history in Japan and are a fundamental part of Japanese summers. Hundreds of firework shows are held every year across the country, mostly during the summer holidays in July and August. Some of the fireworks festivals draw hundreds of thousands of spectators, who start to gather to claim good seats several hours before the show even starts. 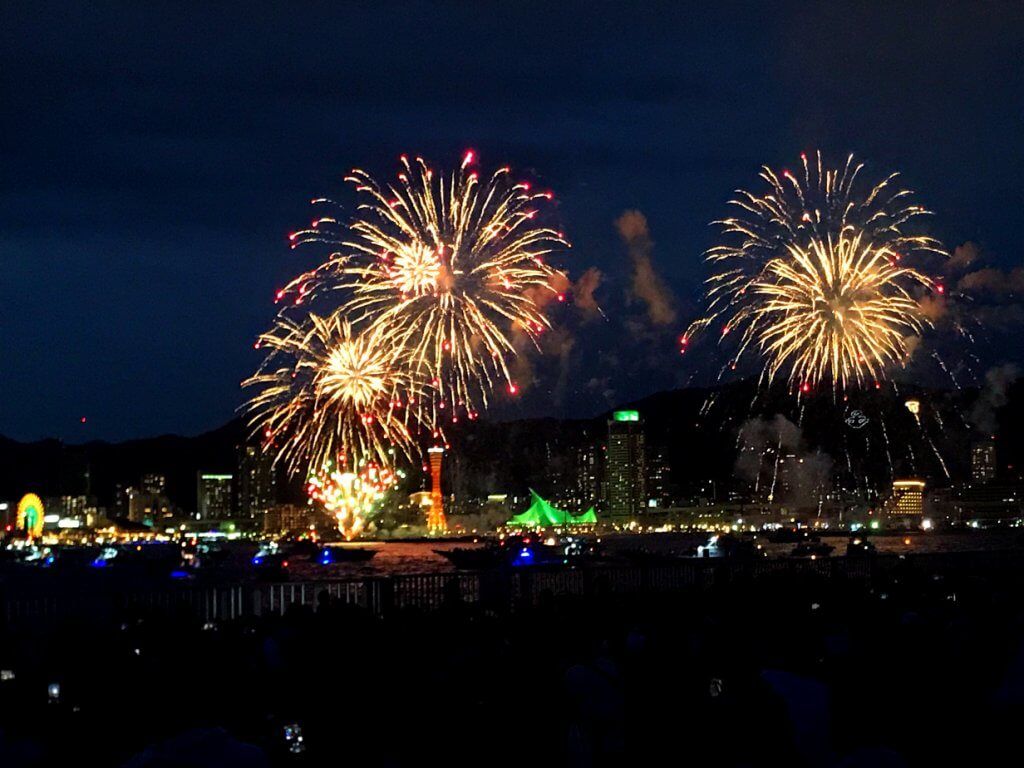 Japanese fireworks range in size, from smaller ones to the world-record-holding Yonshakudama shells which are 1.2 meter in diameter and weigh several hundred kilograms. The firework shows typically start some time after sunset and last about one hour. They often end with a grand finale of hundreds of shells launched all at once. 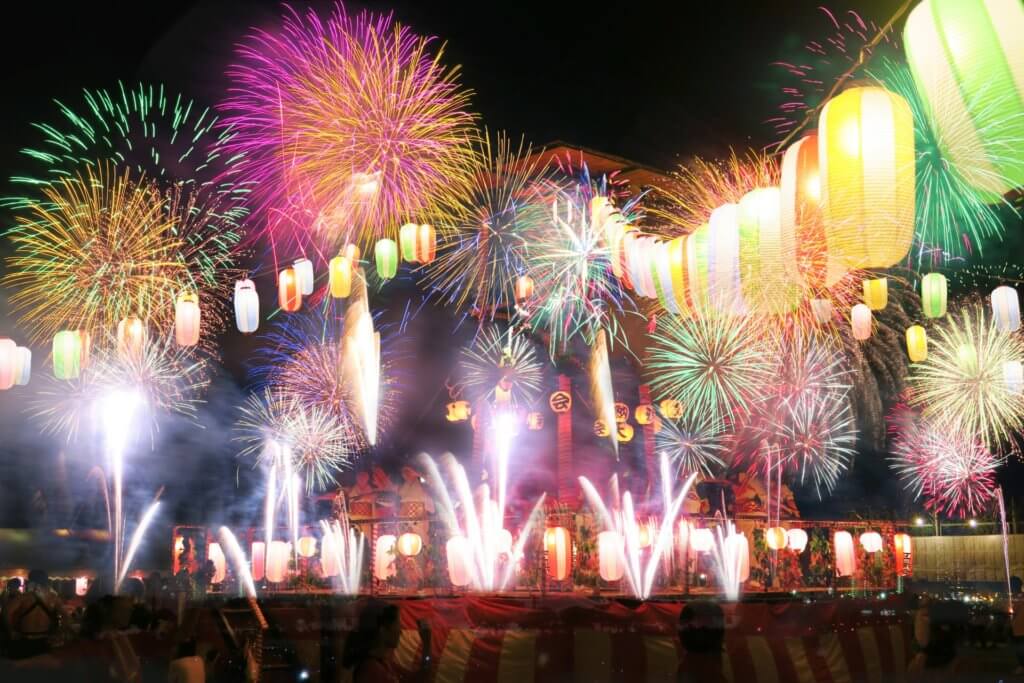 Dance in a Bon-odori

Obon (お盆) or just bon (盆), is a Japanese Buddhist holiday dedicated to honoring the spirits of one’s ancestors. These days, this Buddhist-Confucian custom has become a family reunion holiday during which people return to ancestral family places and visit and clean their ancestors’ graves.

The festival of Obon lasts for three days in the middle of August; however its starting date varies within different regions of Japan. When the lunar calendar was changed to the Gregorian calendar at the beginning of the Meiji era, the different local regions in Japan reacted differently, and this resulted in three different times of obon. These three days are not officially listed as public holidays, but it is customary that people are given leave, as most people travel to be with their families to honor their ancestors during this time. It is believed that this is when the spirits of ancestors are supposed to revisit the household altars.

Obon has been celebrated in Japan for more than 500 years and traditionally includes a dance, called bon-odori (盆踊り). The biggest bon-odori festivals involve the entire city dancing obon dances down the streets through the entire night. Some of the most famous bon-odori dance festivals are attended by thousands of people, such as the famous Awaodori, Gujo, and Tokushima odori festivals.

Held every year for the entire month of July, the famous Gion Matsuri in Kyoto is counted as one of three greatest festivals in Japan. This traditional festival began in 869 as a religious ceremony to appease the gods during an epidemic. Gion Matsuri is centered around the Yasaka Shrine, the famous shrine in the Gion area. The festival actually takes place from July 1-31st, but the main ceremonies take place on July 17th (Sakimatsuri) and July 24th (Atomatsuri), marked with a grand procession of floats.

Check out our blog on Gion Matsuri here, as well as our guide to the Gion area!

The Gujo Odori (Dance Festival) is typically held over thirty-one festive nights, from mid-July until the first weekend in September. Gujo Dance Festival is said to have continued singing and dancing in the Gujo Hachiman castle town for 400 years. The biggest attraction is the street dancing in which everyone participates, rather than just watch. Local people and tourists enjoy the traditional street dancing together.

This is one of Japan’s three greatest festivals, held every year at Osaka Tenmangū Shrine, which is located in the heart of Osaka City. It originated back in the 10th century, in the year 951, as a celebration dedicated to Sugawara Michizane, the Japanese deity of scholarship and learning. The two-day festival features a lively procession through the city, with musical performances and dancers. The main event of the festival takes place on the second day, with a procession of boats on the river and massive fireworks as the grand finale.

This big Awaodori has a history of 400 years, and its name is also known to the world. Following the accompaniment of instruments such as shamisens, drums, small gong and flutes, a group of dancers perform traditional arts called Ren dances. It is a massive crowd of colorful outfits, props, and music! There are several viewing spots, so please check the official website before you go!