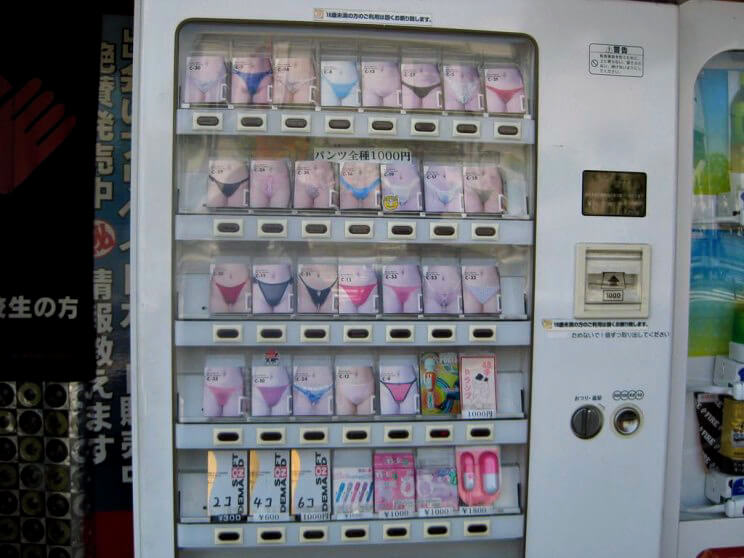 Japan is a vending machine heaven! Called jidōhanbaiki (自動販売機) in Japanese, vending machines can be found all over cities, towns and even in the countryside. And, there’s much more than just drinks for sale… here is a list of 10 crazy vending machines you can only find in Japan!

The idea of an umbrella vending machine is as practical as it is unique! When people are suddenly caught in the middle of an unprotected storm, or they accidentally left their umbrella behind somewhere, Japan’s umbrella vending machines are sure to be a lifesaver. Some machines dispense umbrellas for as little as 450 yen, but most are about 1000 – 1200 yen.

Get your fast food fix! If you thought drive-throughs were convenient, why not try a hamburger vending machine? These vending machines selling hot hamburgers were so popular, they were even featured on Japanese TV. Insert a few hundred yen and wait 60 seconds for the burger to be heated, and you’ll be ready to dig in.

These vending machines are more common than you might think! For the sake of consumer convenience, many vending machines sell items that could either be embarrassing to buy from a store or embarrassing to run out of. This includes things like condoms. You can find these machines all over Japan, and some of them are even “strategically” placed outside of liquor stores. Prices, colors, sizes, etc. will vary of course, but the condoms usually sell for about 500 – 600 yen. 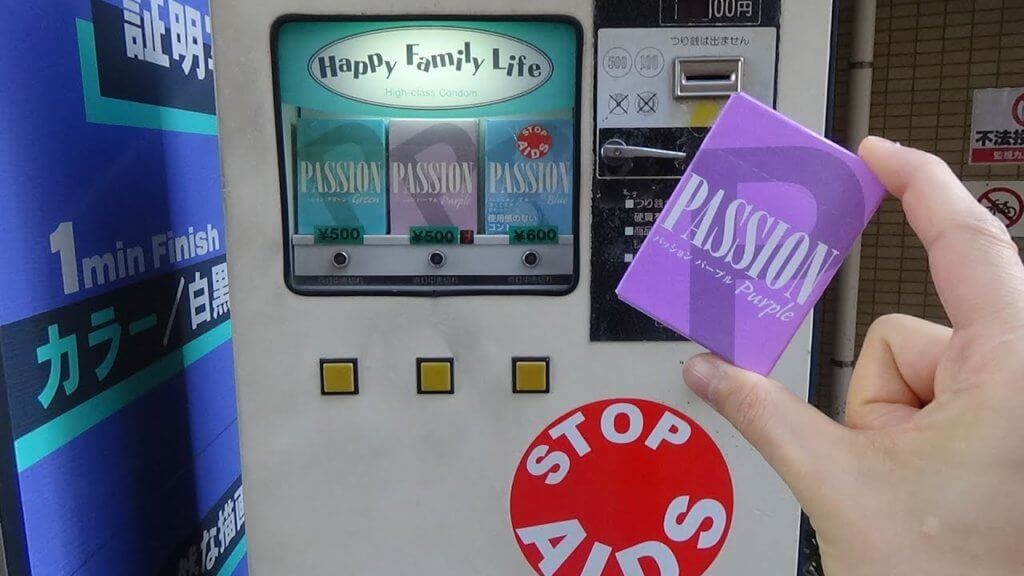 Have a rip in your pantyhose because of a nasty fall down the stairs at the office? Did you just find three holes in your pantyhose at the back of your calf? Don’t fret! This vending machine will hopefully be right around the corner of your office building for you to save yourself from embarrassment. 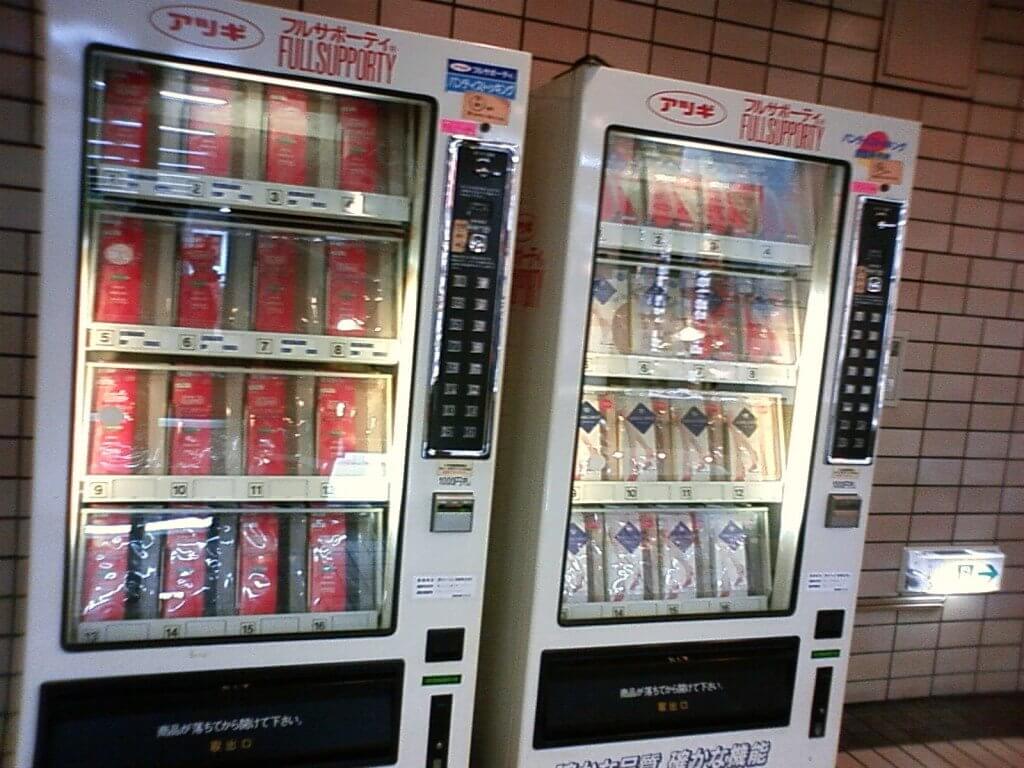 If you’re talking a walk in one of Japan’s quieter towns, you may be lucky enough to stumble upon one of these large, refrigerated egg vending machines. Not only are they stocked almost daily by local farmers, but you can also choose between one egg, a couple eggs, or even an entire carton! Because they’re fresh, they’re sure to be delicious. And, they’ll likely be a great price too.

If you haven’t realized it by now, vending machines selling all kinds of foods are readily available in Japan. So of course, it makes sense that there would be a vending machine dedicated to Japan’s most popular food: ramen! Some dispense cups of instant ramen, and others present more high-quality bowls, but they all have one thing in common: insert your cash, wait a moment, and you will be served with some hot, delicious ramen in a matter of moments! Prices vary from just 120 yen for an instant cup to over 1000 yen for a bowl with toppings! 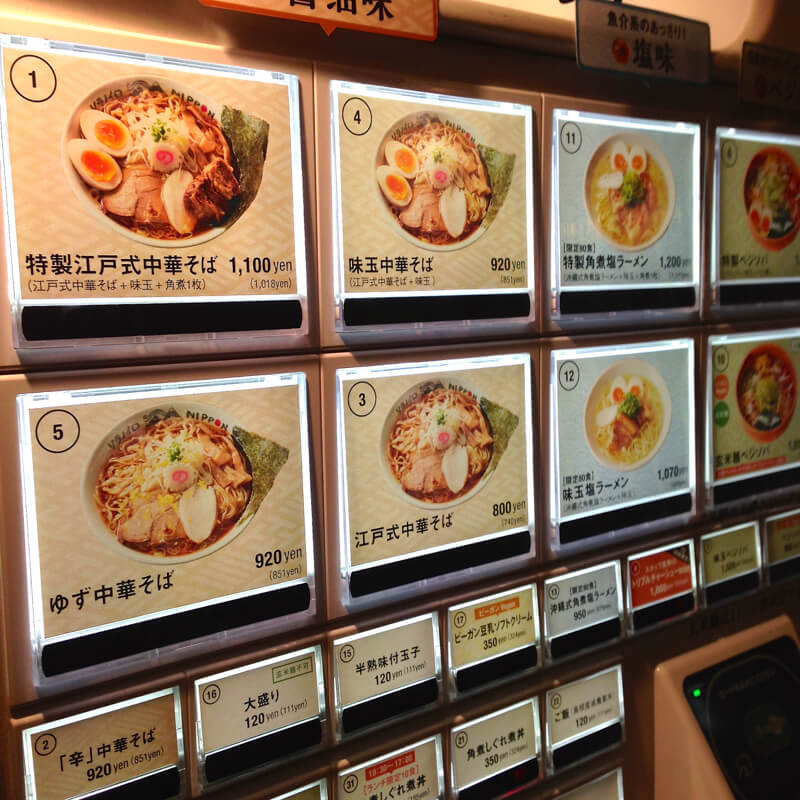 Unlike the vast majority of Western countries, in many Asian countries, and especially Japan, it is quite common to wear surgical masks during day-to-day life. This is due to the fact that Japanese people go to great lengths to promote cleanliness and prevent germs; especially during cold and flu season! You will also see many people wearing masks on during kafunsho (pollen allergy season), or when the air quality is particularly low that day.

If you’re out and about and find yourself with a slight cough, or are in a crowded place like a subway and want to protect yourself from germs, then it’s always a good idea to pop on a surgical mask. No convenience store nearby? Then, one of these surgical mask vending machines could certainly be of use. They’re pretty cheap too – only about 200 yen. 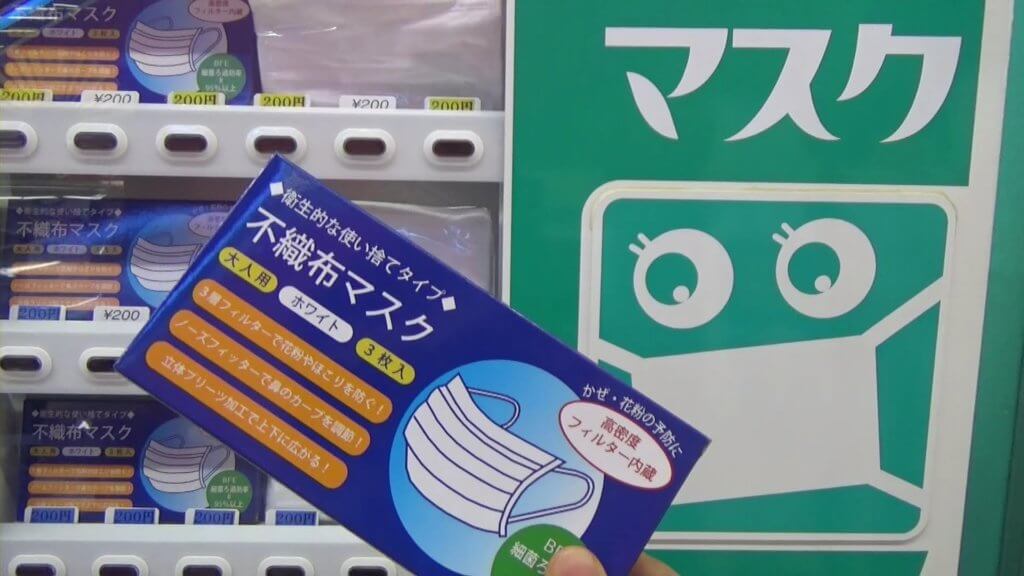 When getting a drink from a vending machine in Japan, be sure that its not actually soup or broth! There are vending machines where you can buy dashi, which is soup broth. Dashi stock is used widely in Japanese cooking, and it is often made from kombu (kelp) or katsuobushi (dried smoked bonito flakes). It can also be made from mushrooms or in this case, fish.

In this particular machine, the top row of bottles are just regular cold water, and the bottom row is ago dashi (あごだし), or broth made from flying fish! 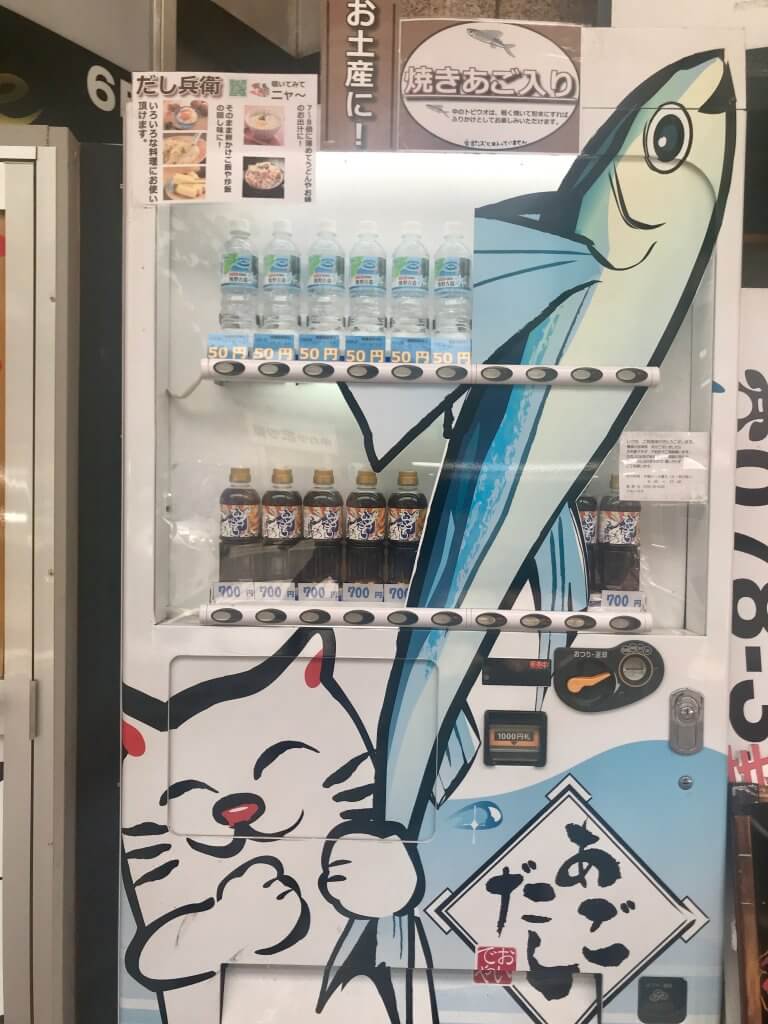 Although this might be unheard of in some other countries, vending machines selling cigarettes are everywhere in Japan. There are over 600,000 machines throughout Japan! You can purchase a pack of cigarettes from one of these machines for a couple hundred yen. 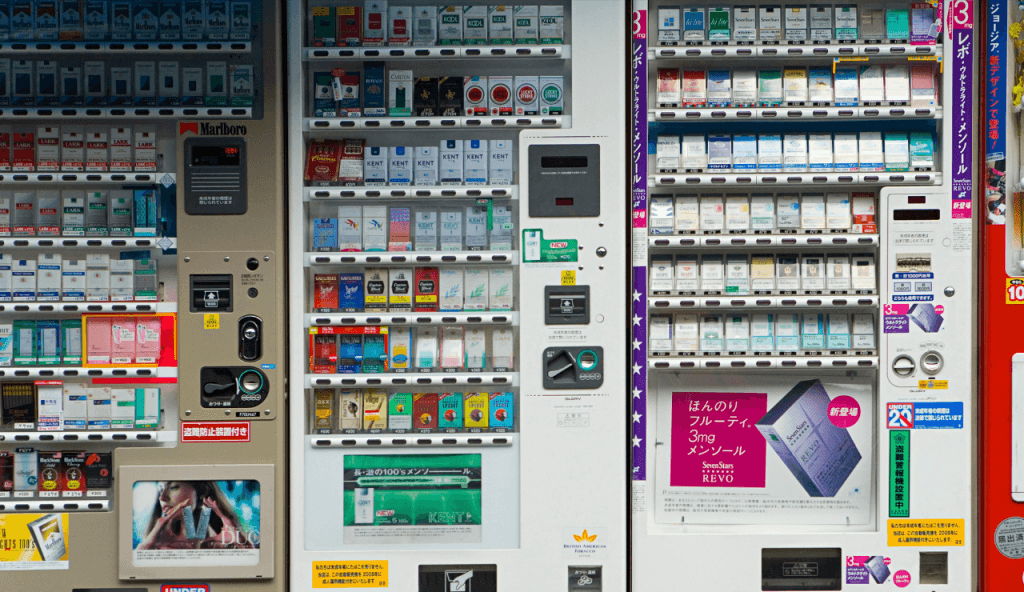 To buy cigarettes from vending machines, you are required to have a taspo card. This identification card certifies the holder as being at least 20 year old, which is the age requirement for purchasing cigarettes in Japan. There is no need for a taspo card, however, when buying cigarettes over the counter at convenience stores.

And of course, this vending machine selling panties is going to be on the list. It is a common misconception that the underwear vending machines in Tokyo sell used underwear – but this isn’t true. They did exist in the back alleys of Akihabara, about 10 or 15 years ago, but the law is strict now. Some shops around here sold used panties – not necessarily in vending machines – but the police cracked down on them. Today, the underwear-selling vending machines are more of a gag gift than a strange fetish. And, for just 1000 yen, you can get your very own!

For more about Japan’s vending machines (not just the crazy ones), check out our post here.