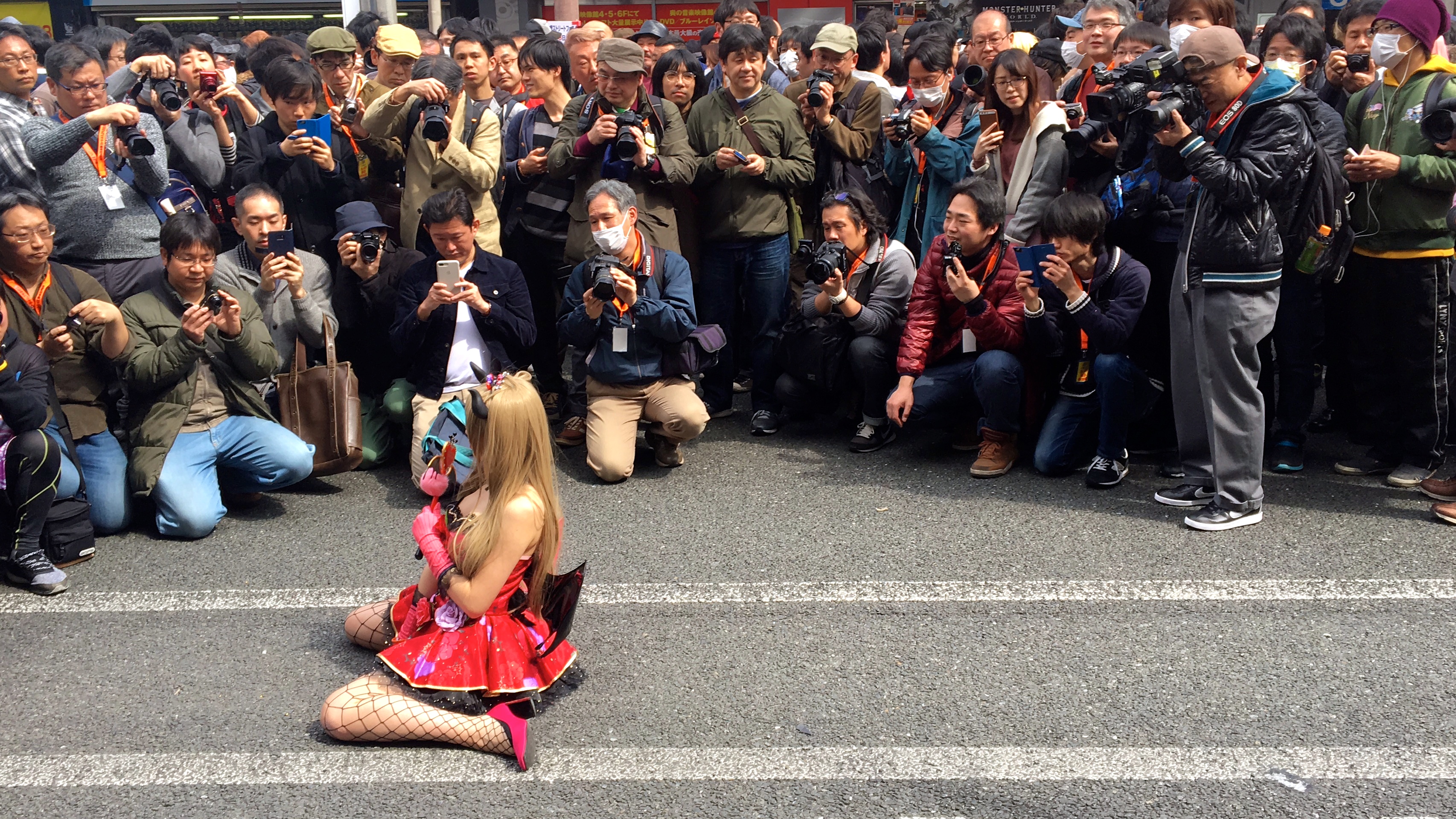 If you are familiar with Japan’s popular anime, gaming, and cosplay culture, then chances are you’ve heard of Japan’s famous “anime town” in Tokyo – Akihabara. But, did you know that Japan’s second largest city, Osaka, is home to one of these pop culture hubs as well? Every year mid-March, Nipponbashi, a town in Osaka, hosts an annual cosplay street festival in the center of its anime hub, “Denden Town”. Throughout the streets of Denden Town, you can find things ranging from electronics, manga, anime, and other collector goods, making it the perfect place for this kind of event! There are also plenty of duty-free shops covering various genres. The 14th annual Nipponbashi Street Festa was held this past weekend on March 18, 2018, and over 200,000 people came, both to participate in and photograph this spectacle, which is the second largest cosplay event in all of Japan. The Nipponbashi Street Festa is a colorful festival featuring cosplayers, robot performances, live music, and much more. Admission is free to everyone to come and see! 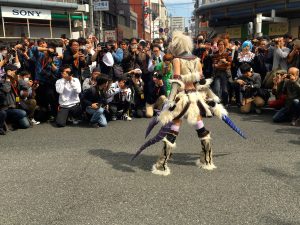 Every year, on the day of the massive event, the streets of Denden Town near Ebisucho Station on the Sakai-suji line are blocked off from automobile traffic from 11am to 5pm. At the top of the street, there is a main stage that periodically features hosts, guests, sponsors, and cosplayers throughout the day. Starting from noon, the street is divided to make room for a cosplay parade, where 1,000 of the best cosplayers walk and show off their costumes. 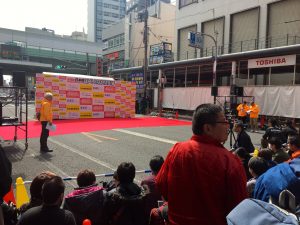 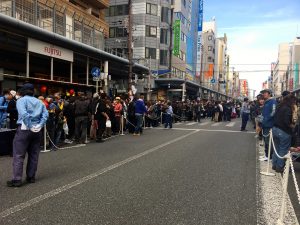 Those wishing to cosplay must register by purchasing a wristband for the cost of 1,500 yen at designated places in the festival area. There are also designated changing areas for cosplayers to use as well. At these changing rooms, completed costumes are checked before leaving in order to comply with Japanese public decency laws. Hair and makeup preparations must be done before arriving, as the changing rooms are specifically for the purpose of changing into costumes. Aside from these rules and regulations, the chance to cosplay is open to everyone! Men, woman, children, and even dogs can be seen sporting elaborate costumes. Furthermore, many of the 10,000 cosplayers are also foreigners living in or visiting Japan. 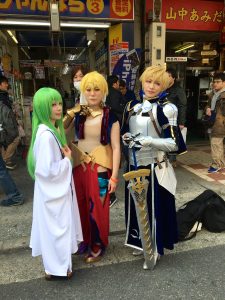 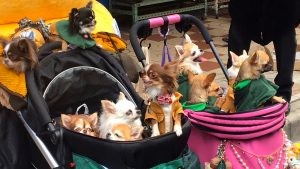 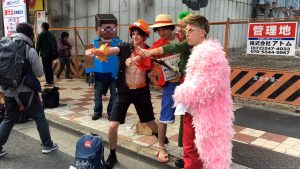 After changing into their costumes, cosplayers pick a spot on the side of the street to stand and strike poses for photographs. With a constant stream of people walking by holding smartphones and cameras, cosplayers hardly get a moment to take a break! Many cosplayers use the event to promote their own social media accounts, which they write on whiteboards or cardboard signs propped next to them while they are photographed. If you wish to take a picture of a cosplayer, it is polite to ask, “Shashin onegaishimasu!” or “Shashin wo tottemo iidesuka?” and most, if not all, of the cosplayers will happily say yes! Many of them have practiced special poses ahead of time. 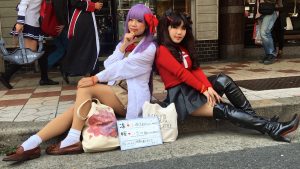 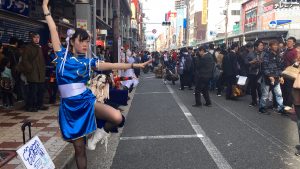 Cosplaying can be done individually, with friends, or even in a large group! 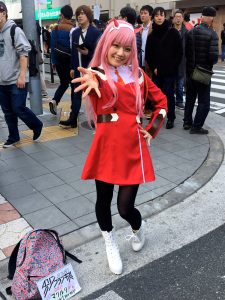 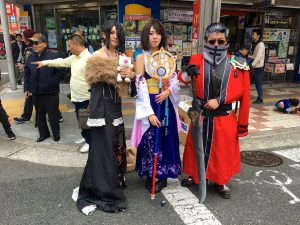 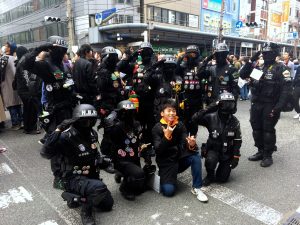 Although the trends in costumes do change from year to year, there are certain iconic anime and manga that remain crowd-favorites at cosplay events. This year’s dominating costumes were heroes (such a Spiderman, Batman, and Deadpool), video games (Final Fantasy), and Studio Ghibli characters. 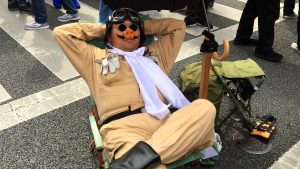 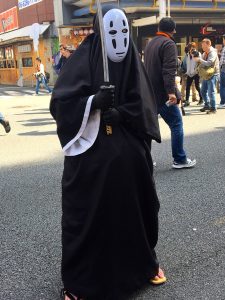 The annual Nipponbashi Street Festa is a spectacular event that can be enjoyed by both cosplayers and spectators alike. Due to the sheer number of people that flock to the streets to attend, one person could walk around the festival for several hours and constantly see something new or surprising at every turn! With the costumes, parade, live music, and more, the Nipponbashi Street Festival in Osaka’s Denden Town is a very highly recommended experience that is very unique to Japan.

For more information, you can visit the official website at: http://nippombashi.jp/festa/2018/

For more photos and videos about what’s happening now in Japan, subscribe to the Japanese Language and Culture FB Page to get updated on our latest posts.