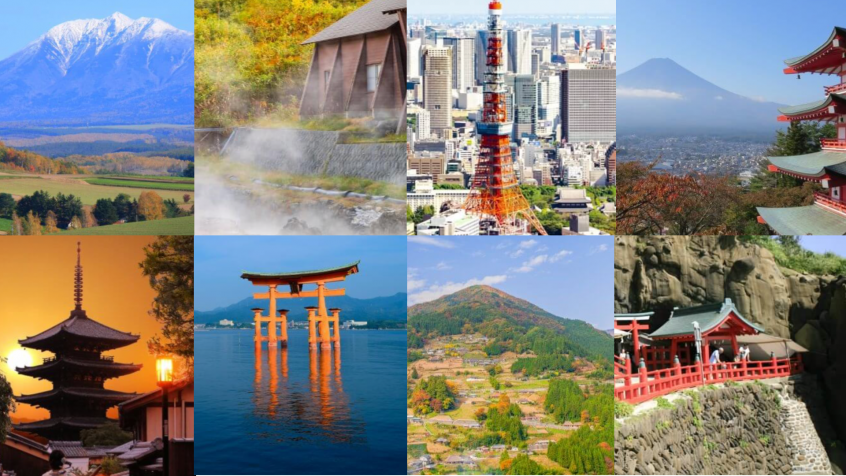 Japan is officially divided into 8 major regions, and each one has its own iconic landmarks, unique culture, things they’re famous for, and role in Japanese history. Let’s take a closer look at each region and what makes them stand out from the rest! Do you have a favorite region in Japan? 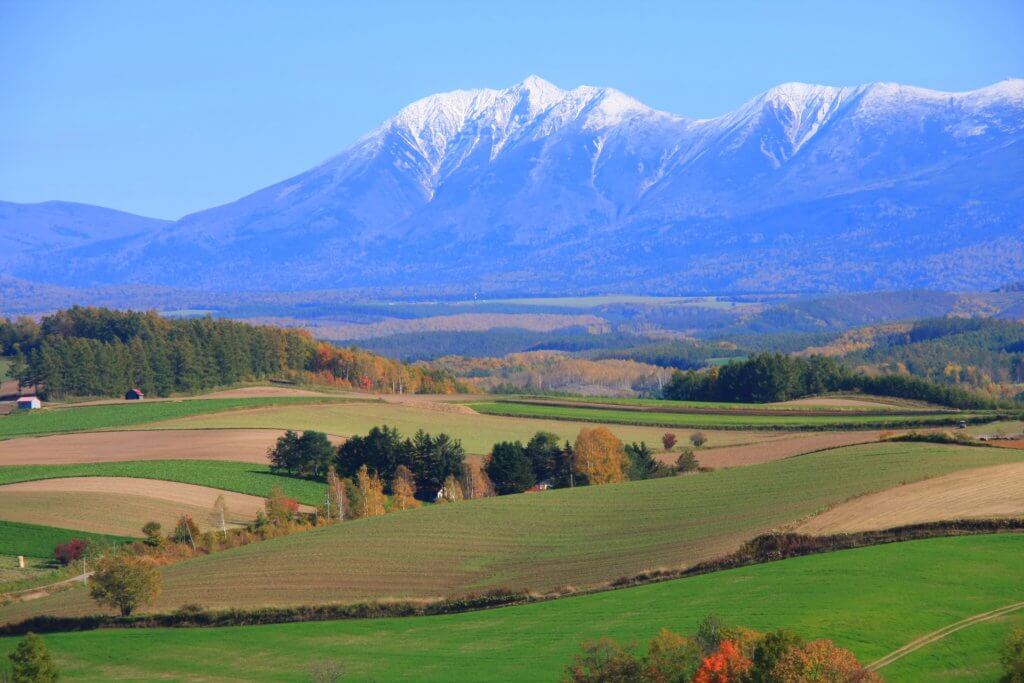 Hokkaido is Japan’s Northernmost island. It is popular with nature lovers, as it is known its sweeping landscapes, snow-tipped mountains, and diverse wildlife. Hokkaido was first occupied by an indigenous people called the Ainu, and many area names, like Sapporo and Noshappu, are from the Ainu language. Today, the Ainu still reside in small villages across the region.

Both the summer and winter seasons are great times to visit Hokkaido. Summer in Hokkaido is notoriously mild, pleasant, and has some of the most breathtaking flower fields in all of Japan. Winter in Hokkaido is quite harsh, but also offers perfect, untouched snow and world-class ski resorts. 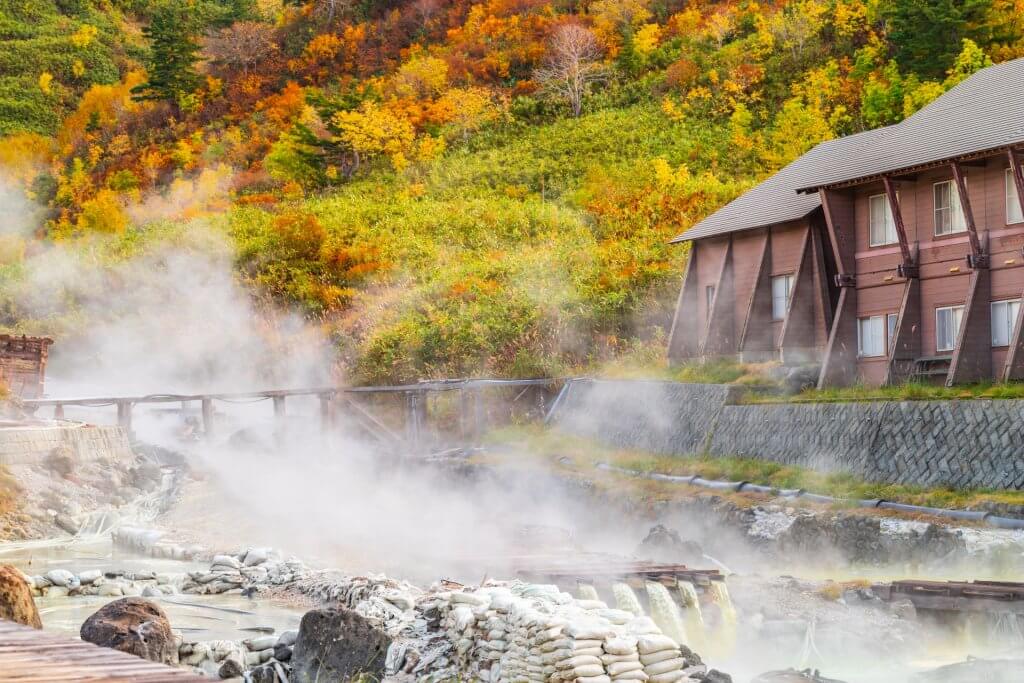 Japan’s northern region of Tōhoku has a variety of natural landscapes, including mountains, valleys, and rivers. The region is located on an active volcano zone, which produces a number of stellar hot springs and onsens as a result. The Tōhoku name gained international recognition for being the site of the infamous 2011 earthquake and tsunami that devastated the region and deeply affected the entire country.

Tōhoku is also home to a unique dialect. The Tōhoku dialect differs so greatly from standard Japanese that on nationwide television, it is subtitled so that people in other parts of the country can understand it. 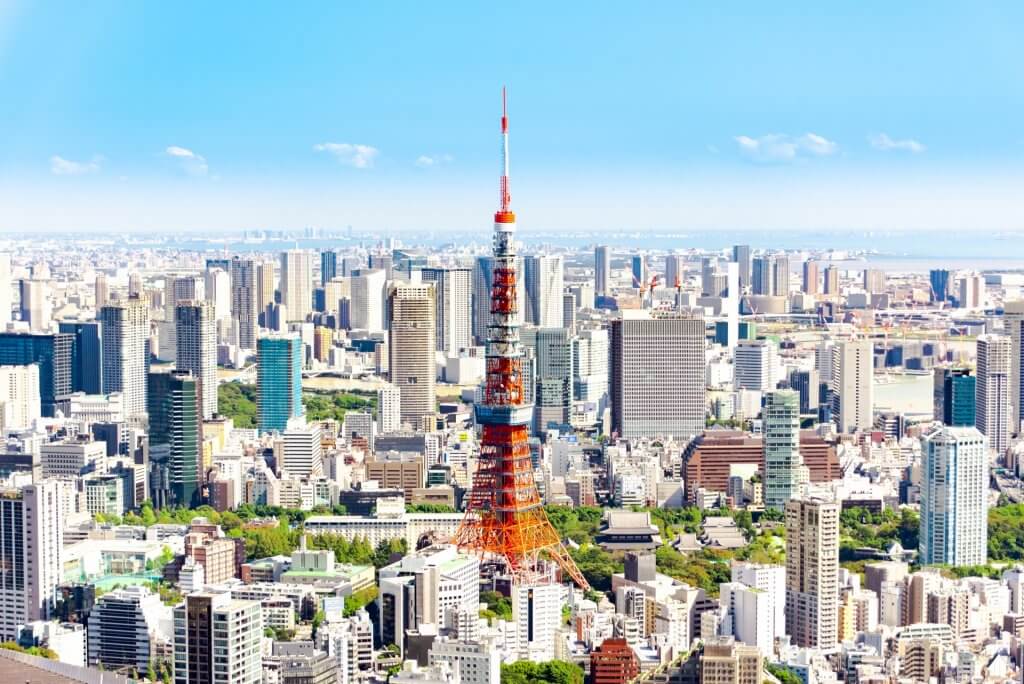 As the home of the nation’s busting capital city Tokyo, the Kanto region is a vibrant, densely populated metropolis with more residents than any other region in Japan. Kanto includes a variety of modern attractions, delicious foods, and historic sites.

Historically, Kanto was the home of the Tokugawa shogunate. During the feudal time, the city of Tokyo was actually called Edo, and was the military seat of power in Japan. During the Meiji Restoration in 1868, the Emperor moved to Tokyo, and the city became the capital of Japan, as well as the nation’s center for both politics and society. 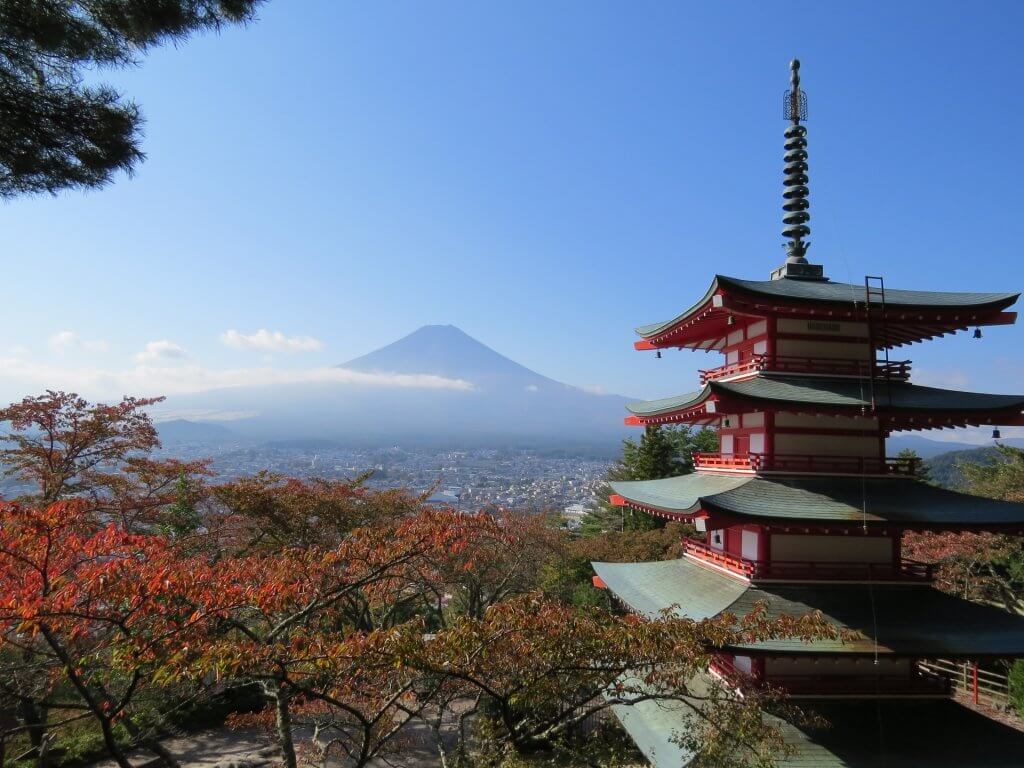 Chubu’s name literally means “middle region”, and this is well-deserved, as it’s the large region located right in the center of the main island. Because it divides the main Honshu island into East Honshu and West Honshu, it has a bit of culture and geography from each side. The Japanese Alps in particular are beautiful mountains known for their scenery, winter sports, and skiing destinations.

Japan’s iconic Mount Fuji is also in Chubu. The north eastern part of Chubu offers great beaches, and the Sea of Japan off the coast has plenty of picturesque cliffs, historic villages, well-preserved temples, and lots of delicious seafood! 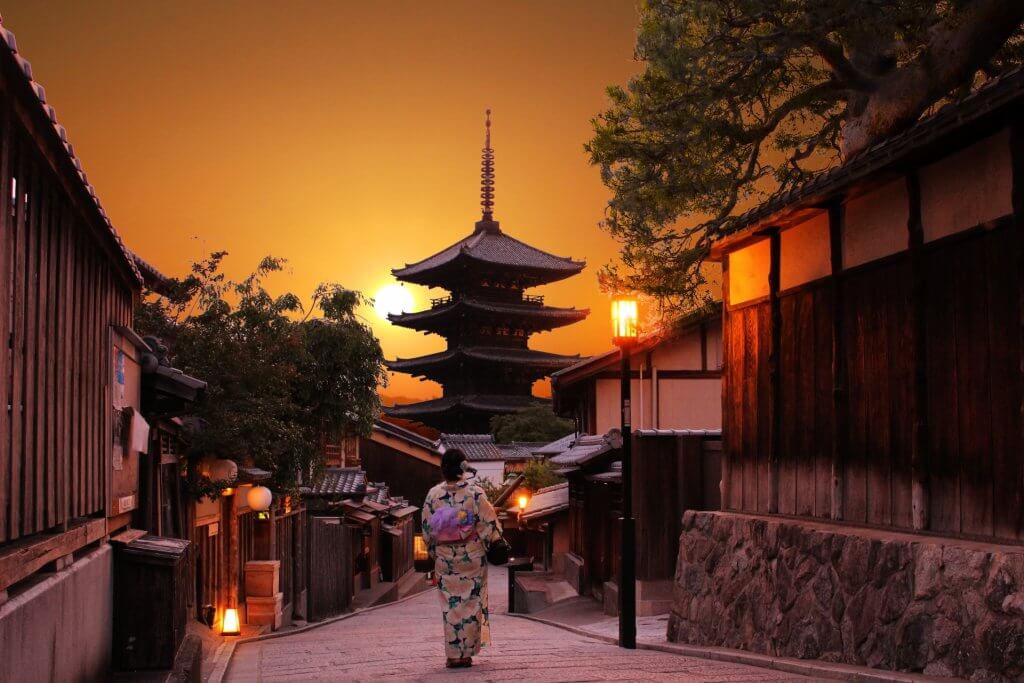 The Kinki (also known as Kansai) region is Japan’s second-largest region, and is home to a lot of the country’s history. Many of the top tourist destinations in Kansai, such as Kyoto and Nara, actually served as the nation’s capitals several centuries ago. Therefore, Kansai has an abundance of world-class castles, temples, shrines, museums, and other landmarks that are household names in Japan.

The second-largest city in Japan, Osaka, is also located in this region. Osaka is known as being an entertainment hub with a food culture that’s dubbed “the belly of Japan”. Osaka was historically the center of all trade with China and Korea, and became even more important to Japan when the legendary ruler Hideyoshi Toyotomi chose it as the site to build his new fortress – Osaka Castle.

The Kansai region is also famous for the Kansai dialect, a strong, casual way of speaking that is incredibly different from standard Japanese. Many famous Japanese comedians and TV personalities speak with the Kansai dialect, so it’s often heard in variety programs on Japanese television. 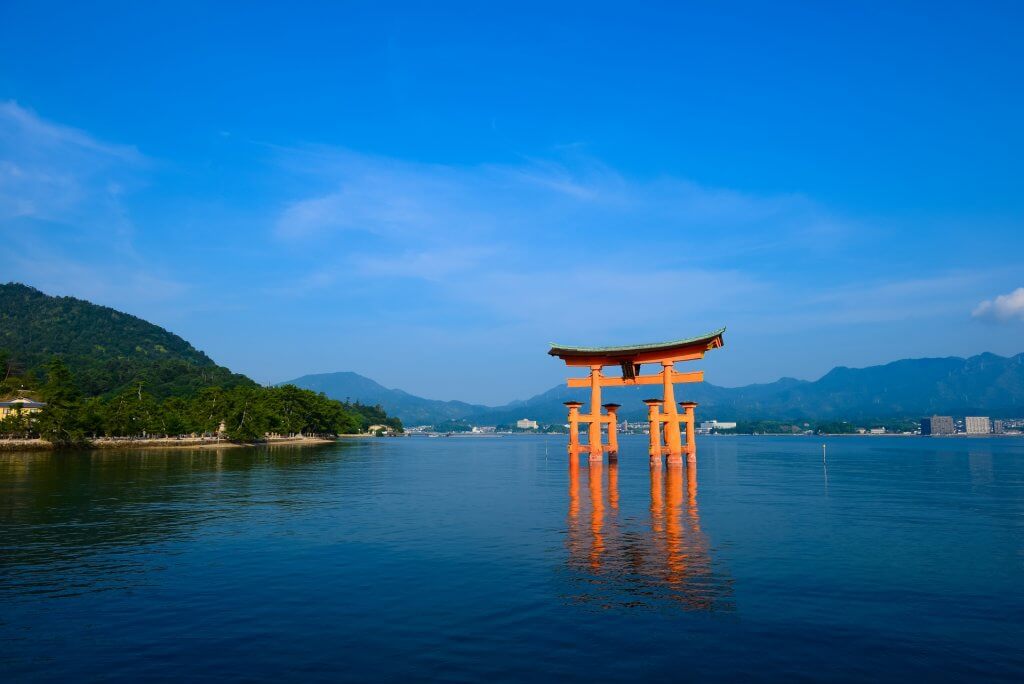 The Chugoku region might be most famous with international tourists for being the site of the atomic bombing of Hiroshima in World War II. Today, Hiroshima City is completely re-built and full of memorials and museums dedicated to the lives lost in the bombing. Miyajima Island is also incredibly well-known throughout Japan for the floating torii gate at Itsukushima Shrine.

The entire region of Chugoku is nicely urbanized and industrialized, and because it is located at the bottom tip of the main island, it offers access to both the Seto Inland Sea and the Sea of Japan. Therefore, once you get out of the cities and head along the coast, you’ll find plenty of fishing towns, coastal cities, islands, and waterfront views. 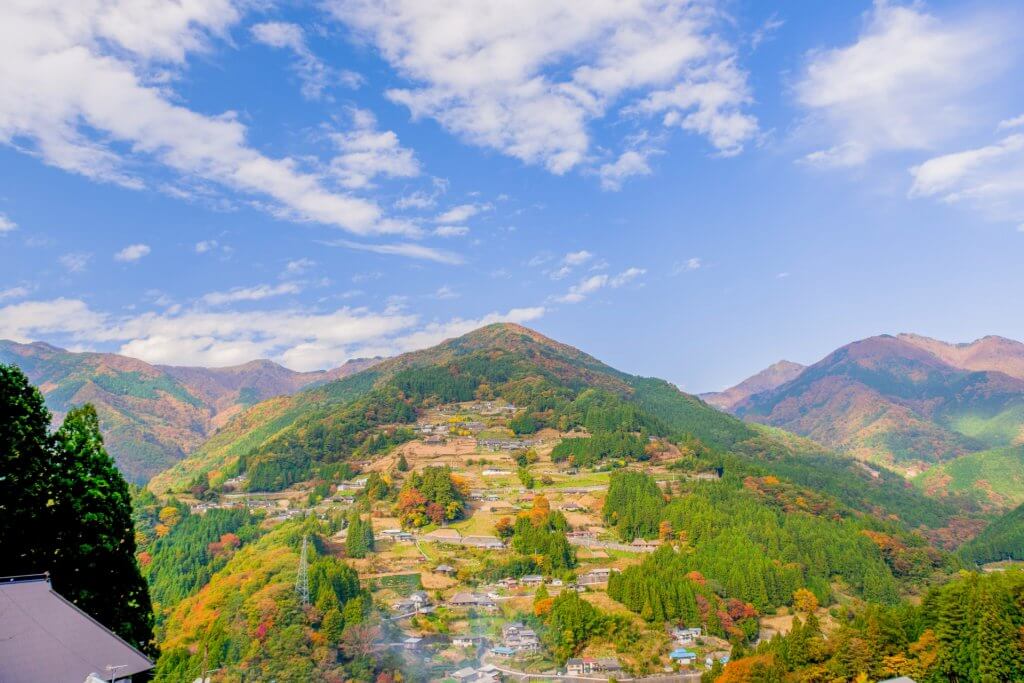 Shikoku is the smallest of the four main islands of Japan. The region got its name from the fact that it was, at one point in history, actually divided into four regions. Because it is an island, Shikoku has remained fairly remote and rural compared to other regions over the course of Japanese history. Until recently, the only access to Shikoku was via boat, which prevented it from urbanizing at the rate of the other regions.

The land itself is quite rugged and full of mountains, which makes it difficult to travel on foot. However, the region is actually famous for a pilgrimage called the Shikoku Junrei (四国巡礼), a path that follows the footsteps of the great Buddhist saint Kobo Daishi, who achieved enlightenment on this island. The pilgrimage is 1400 kilometers and covers the 88 Sacred Temples of Shikoku. It takes anywhere between 1 to 2 months to complete. 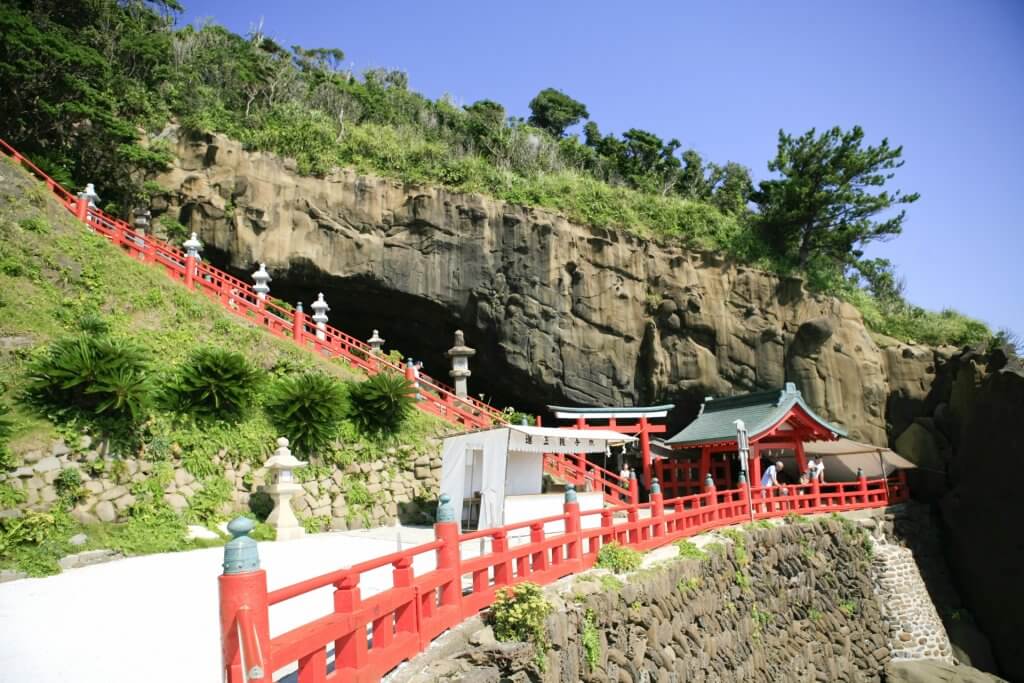 The Kyushu region consists of seven prefectures. As it’s showed in the name, there were nine areas in the Kyushu island that were different from as you see now. Because it is the Southernmost of all of the regions of Japan, the Kyushu region has a much more tropical climate than the others. This part of Japan is also often hit by several typhoons every year, especially the southern and eastern points. Farther north, the terrain is much flatter, and that’s where you’ll find the region’s two largest cities: Fukuoka and Kitakyushu.

Historically, the island of Kyushu served as a very important hub for trade between Japan and other countries, especially with China and Korea. Nagasaki, now known more for being the site of the second atomic bombing in World War II, was actually the first port city in Japan to open up to the West, starting with the Portuguese in the 16th and 17th centuries. Nagasaki continues to be an international port hub to this day. Kyushu also received global recognition after a powerful earthquake devastated Kumamoto Prefecture in April of 2016. Though much of the damage has since been restored, many areas of Kumamoto are still recovering over 3 years later.

Okinawa has a group of tropical islands that are known for their beautiful beaches, unique culture, friendly people, and delicious food. The Okinawan dialect is also quite different from standard Japanese.