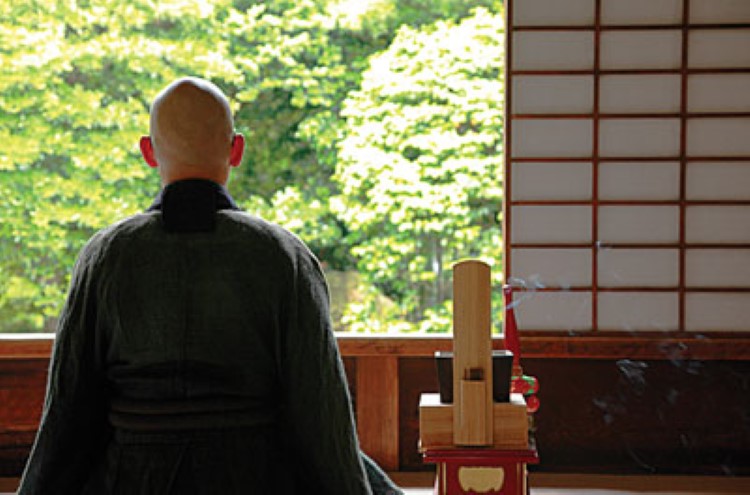 There has been a recent uptick in interest in the practice of Zen Buddhism because of its said benefits the mind and body. But what exactly is it about? It can be quite difficult to explain since Zen is not bound by the words and letters of the sutras. But in this article, we try to dig deeper into the Zen Buddhism beliefs and practices.

Zen is one of the schools in Mahayana Buddhism. The word Zen is actually the Japanese pronunciation of the Middle Chinese word 禪 (Chan) which traces its roots to the Indian practice of Dhyana or meditation.

If we are to look into the history of Zen Buddhism then we have to back up to the 6th Century CE. During that time, an Indian Monk named Bodhidharma traveled to China, and he was summoned by the then Emperor who had questions for him. It is said that the Emperor asked him the meaning of Buddha’s Holy Truths and Bodhidharma answered with “Empty, nothing holy” as he proceeded to walk out of the court. Bodhidharma then headed to a monastery, sat down facing a wall and meditated for nine years. There was a monk who sought him out, tended after him, and eventually became his heir, thus starting the spread of Zen Buddhism.The Sixth Patriarch, Hui-neng (638-713), is considered the golden age of Zen. However, its rise was put to a halt with the persecution of Buddhism in China in the middle of the 9th century CE. Buddhism first appeared in the Japanese Nihon Shoki, a Japanese history documenting The Chronicles of Japan, in 552. During the Nara Period (710-794) a number of notable Buddhist monasteries such as Todaiji were constructed in the then capital of Nara and gained a strong political hold. It was during the Kamakura Period (1185-1333) that the “Zen Sect” was introduced from China. Although Zen practices were slightly more complex, Zen Buddhism became popular among the members of the military class. Today, Zen Buddhism is gaining more popularity outside Japan than within the country itself. 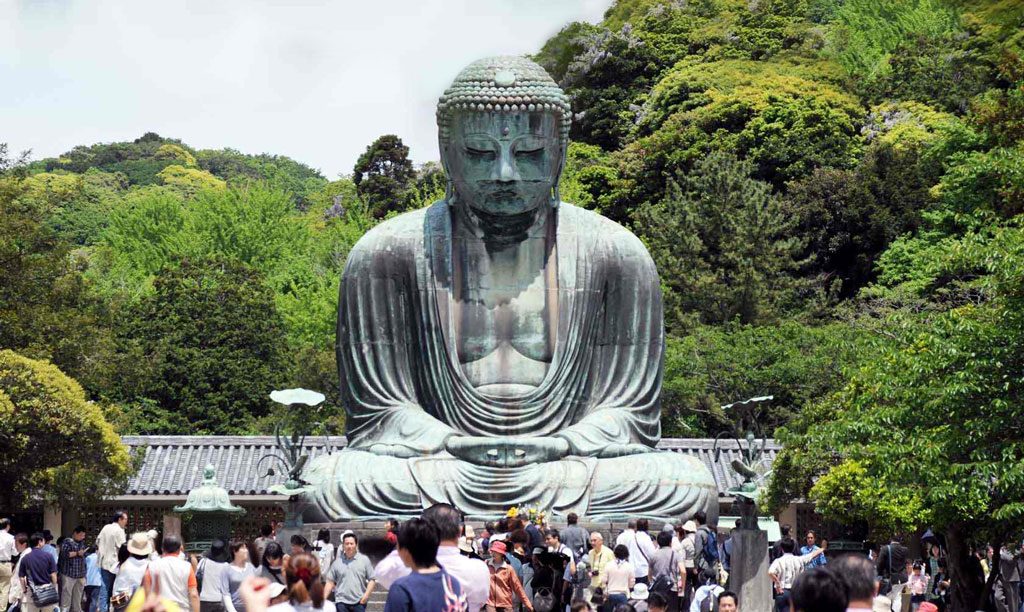 With the hundreds of definitions from countless available resources, what is really the essence of Zen Buddhism? One has to understand that Zen Buddhism is not a theory, or a body of knowledge. It is not a belief, a canon, or a religion; but rather, it is a practical experience. Zen is not something you can intellectualize, it is your personal experience of the here and the now. Zen does not worry about the afterlife, reincarnation, or God, it is focused on this moment－right now. Moreover, Zen accepts that a human being is a mere mortal who is incapable of answering the universe’s impossible questions. Most religions thrive in giving answers to and explaining life’s greatest mysteries, as well as shedding light onto the oblivion. Zen Buddhism on the other hand believes that “great wisdom” lies in not having all the answers. Instead of imposing what people should believe in, Zen is more inclined to show people how to think.

At the core of Zen Buddhism is Zen meditation or Zazen, with 座禅 za meaning sitting. It is basically seated meditation wherein the one practicing it is in good posture, “pushing the sky” with the top of his head, paying careful attention to breathing, until he is fully alert and present. The end goal of Zen Buddhism is to take someone’s rational and intellectual mind out of the mental loop, so that he can realize his own Buddha-nature. It is meditation with no regard for physical objects and other anchors; just letting the thoughts ebb and flow without any kind of resistance or interference. This sense of being focused in the present is the true essence of Zazen. It is backed by scientific research that Zazen, when practiced repeatedly, has been proven to facilitate recovery from sickness, strengthen one’s spiritual resources, and free he who practices it from his own anxiety and destructive impulses. 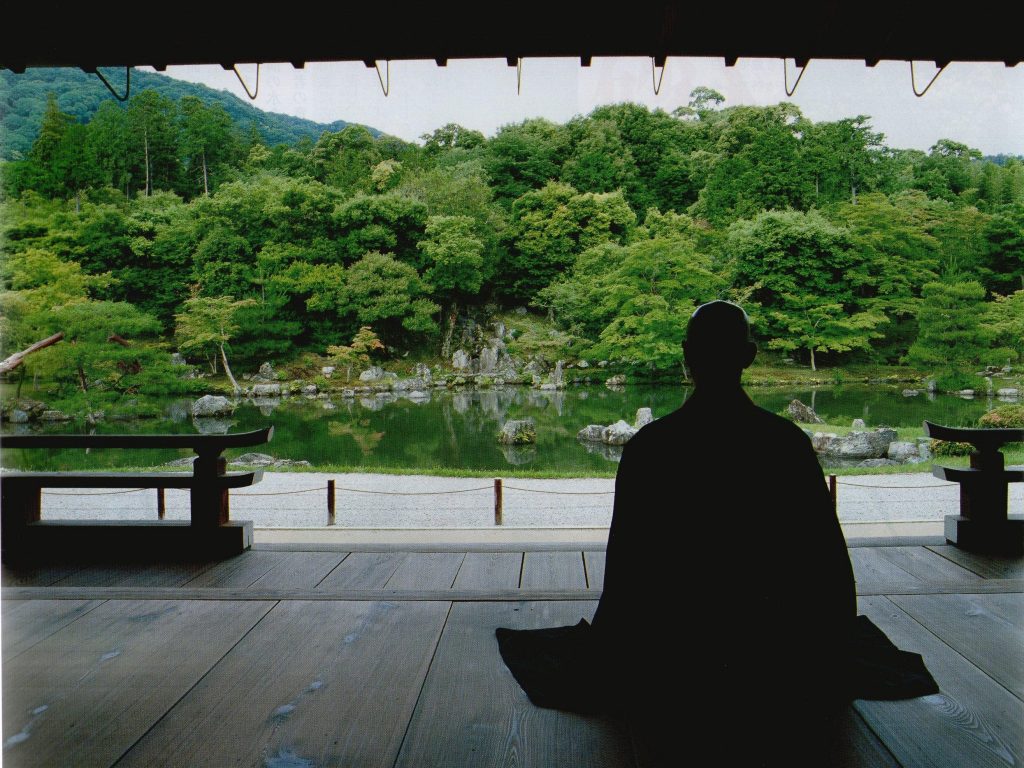 It is important to note that Zen Buddhism is not confined to the time spent in meditation. It is something more than Zazen. It is considered a state of mind that is seamlessly weaved into daily life. Zen Buddhism entails living life in the moment, thus increasing serenity and productivity. It is throwing away learned responses to day-to-day pressures from this modern society that we are currently in and recognizing things for what they are. It is living in vital freedom, unbound, being open to whatever that may come and may go. 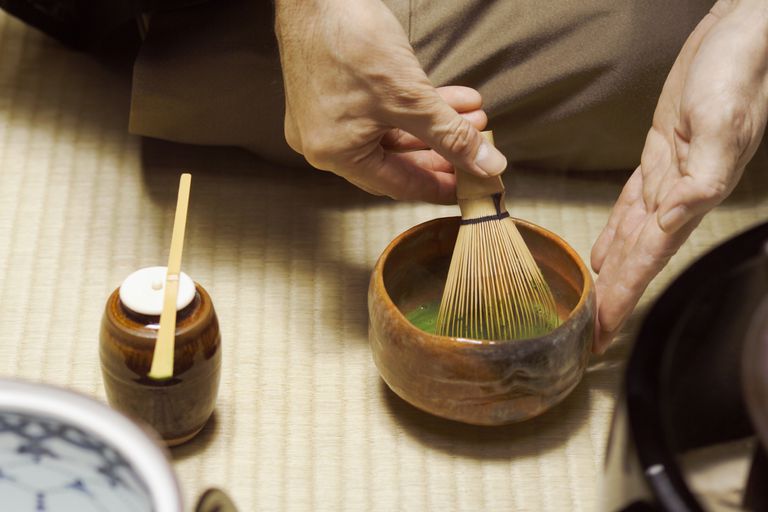 Chado or Tea Ceremony is greatly influenced by Zen Buddhism and is considered a form of meditation (Photo Credit: www.thoughtco.com)

Get your original Hanko (Name seal) in Japanese! @ https://japanese-name-stamp.com