It is this time of the year when Japan suddenly turns tranquil, trains get empty and cemeteries start blooming with flowers. It’s Obon (お盆) — the Japanese summer festival of welcoming back ancestors’ spirits and returning to one’s family roots.

Obon is an annual Buddhist event for commemorating one’s ancestors. It is believed that each year during obon, the ancestors’ spirits return to this world in order to visit their relatives.

The Obon week in mid August is one of Japan’s three major holiday seasons, accompanied by intensive domestic and international travel activities and increased accommodation rates. In recent years, travel activity in mid August has become somewhat more spread out and less concentrated, but it is still considerable on certain days.

Traditionally, lanterns are hung in front of houses to guide the ancestors’ spirits, obon dances (bon odori 盆踊り) are performed, graves are visited and food offerings are made at house altars and temples.

At the end of Obon, floating lanterns are put into rivers, lakes and seas in order to guide the spirits back into their world. The customs followed vary strongly from region to region.

Let us learn more about this important summer holiday in Japan!

Obon begins with the so-called mukaebi practice (welcoming fires), during which people make a small bonfire in front of their houses to guide spirits upon their return back home. Decorating the deceased’s altar with small memorial tablets, fruits, flowers and Japanese sweets is also part of the early preparation stage — a practice used to offer late loved ones objects they enjoyed in their lifetime. 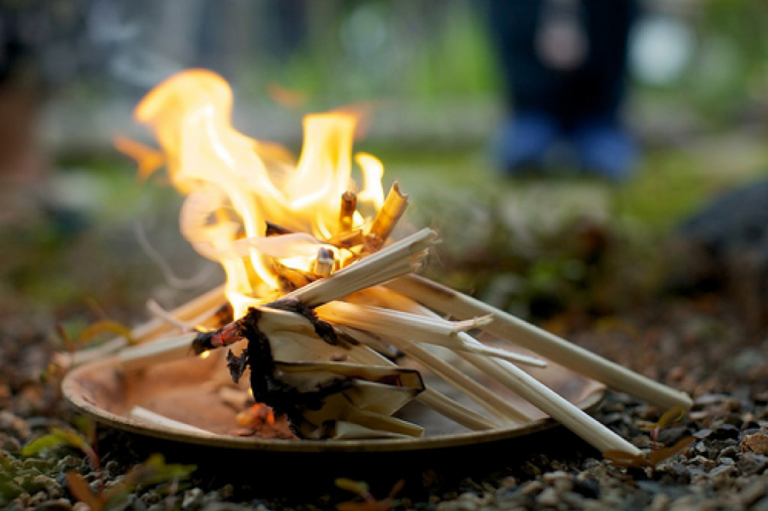 While practiced mostly in countryside areas recently, some regions will also prepare horses made of cucumbersand cows made of eggplants with wooden sticks for legs. The symbolism behind it is that the horse will help spirits return home as soon as possible, while the cow will take them back to heaven slowly as soon as the festival is over. 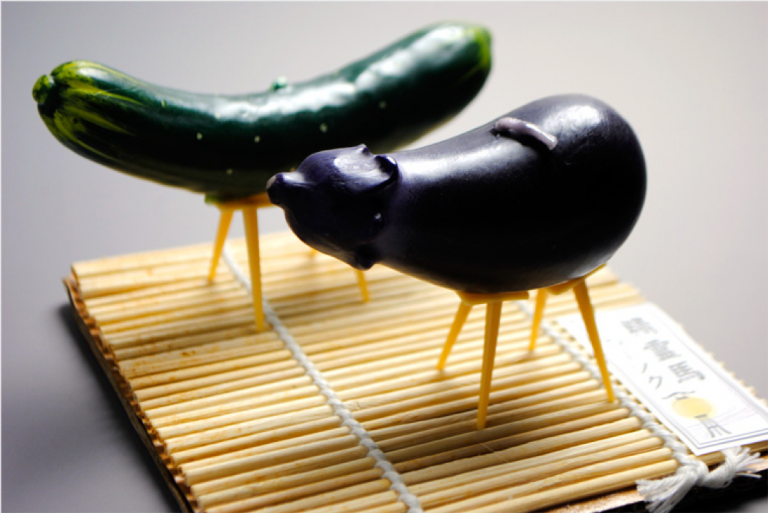 Most Japanese people also start obon with a visit to the cemetery to clean up the family’s grave and pray for their peaceful existence wherever they are. This practice is called ohaka-mairi. Brushes are used to wash away any dirt or stains, then to rinse off, a special pail of water and ladle are used for this purpose. Thus you’ll always find a water tap at graveyards in Japan. 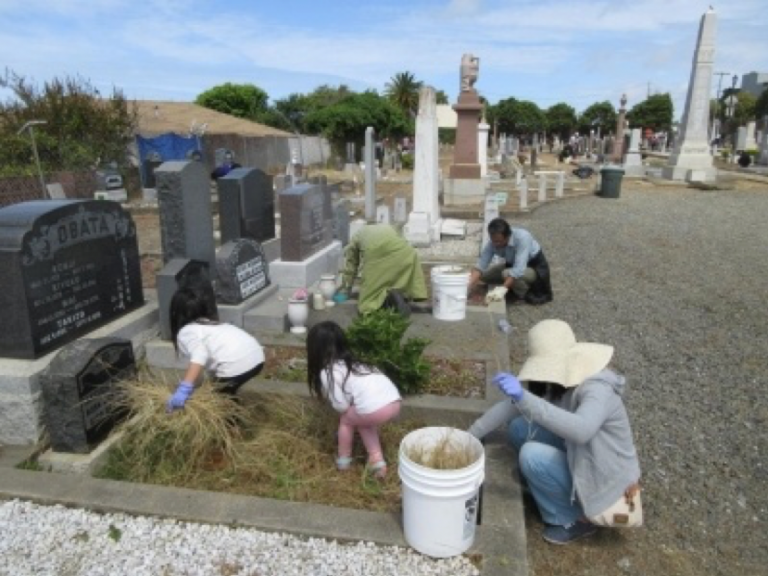 During the second and third days of obon, families following the tradition will invite a Buddhist priest to their homes (or visit a temple or shrine) to recite a sutra and perform a memorial service, which are called hoyo or kuyo in Japanese. After the recital, they have lunch together, recalling old stories of their beloved deceased. The meal, called shojin ryouri, is purely vegetarian, and usually includes stewed beans, spinach with soy sauce and sesame, or pickled cucumbers.

Bon dances started hundreds of years ago as religious and spiritual acts. The dances generally take place around a yagura, a central raised platform from which one person sings out a tune and others play traditional instruments such as a taiko drum. The dancers perform the same steps simultaneously, while moving in a large circle around the yagura. Others styles do exist such as the Awa Odori, performed with small entourages of dancers who move around the city streets in their own smaller circles. These dances were traditionally performed from evening until the early morning hours. Perhaps that’s why some believe the dances were great for match-making. 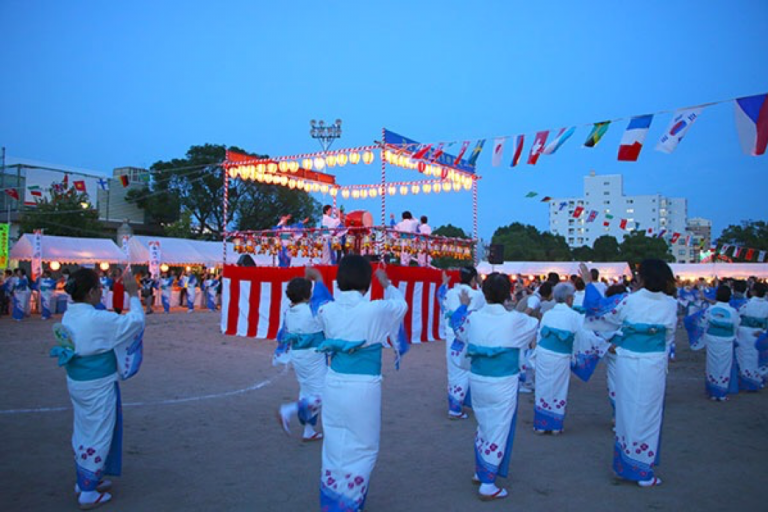 There still exist Bon dances performed for ritualistic purposes rather than entertainment. For instance, the Shiraishi Odori in Okayama has been performed for over 800 years and was used as a vehicle to pray for the souls of the fallen warriors in the sea battles of the Gempei Wars (1180-1185). It is still performed every day of the Bon period for this purpose and is a designated National Intangible Cultural Property in Japan. 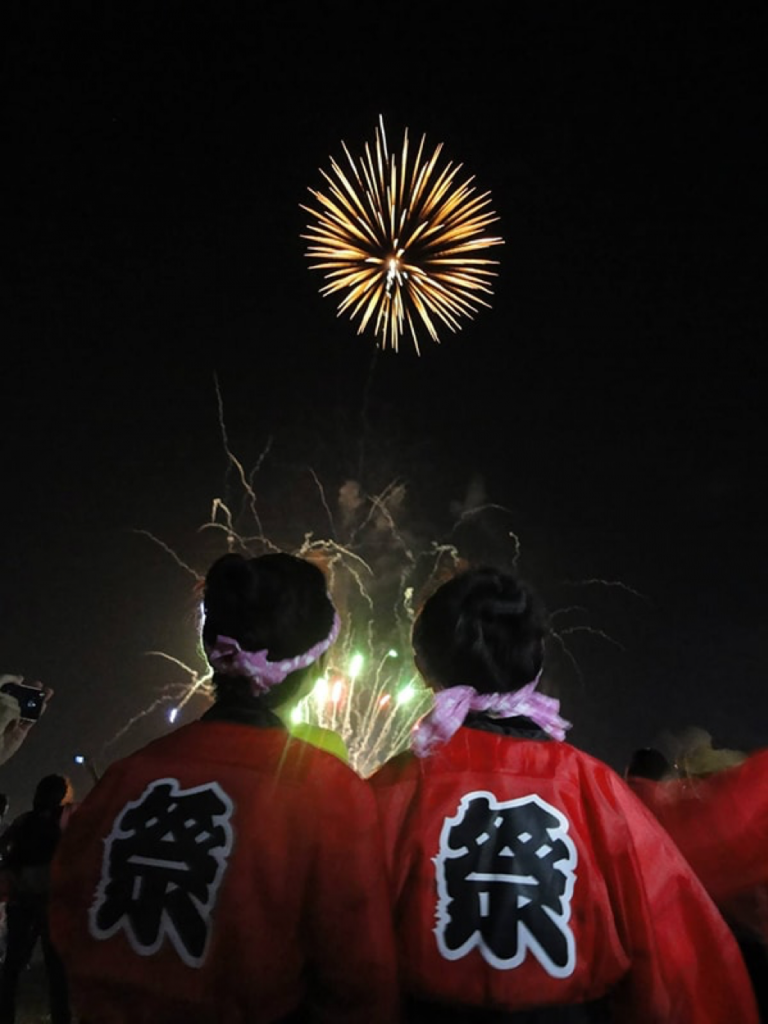 Obon concludes with another bonfire lighting up the sky, meant to see the ancestors’ spirits off to the netherworld. In many areas of Japan, people will also organize bonodori dances, which were originally performed for the deceased, though in recent years have become a symbol of summer festivals themselves. One of the most famous bonfire festivals as part of this tradition is the Gozan Okuribi (or Daimonji) in Kyoto, which attracts thousands of visitors every year.

In many parts of Japan, people will also write messages on paper lanterns and float them in rivers or the sea to guide the spirits away.

Some of the most famous such festivals take place in Hiroshima and Asakusa in the Tōrō Nagashi (灯篭流し) festival. 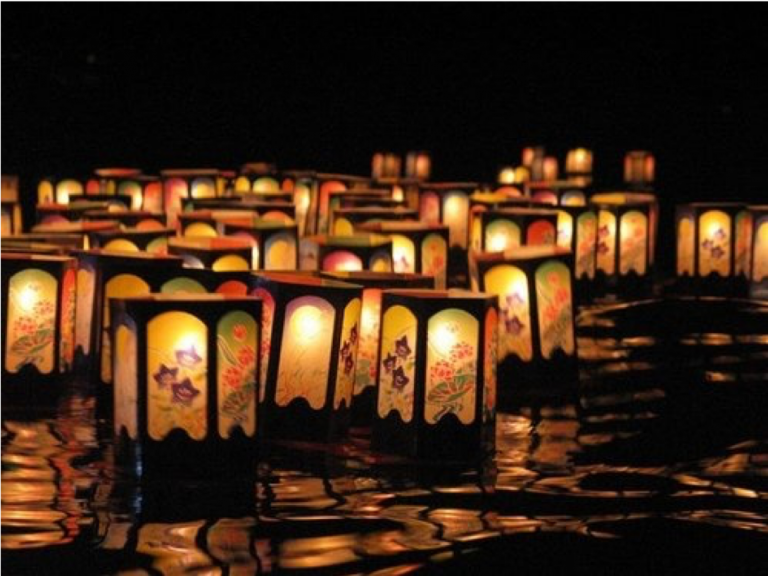 You can see more information about japan at our FB page: Japanese Language and Culture!
Why don’t you get a perfect Hanko gift for Japan lover? Peek at our Hanko shop.