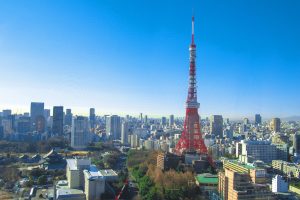 With the upcoming Olympics being held in Tokyo in 2020, thousands of people are going to be traveling to Tokyo, many for the first time. Here’s a list of 10 things to do in Japan’s biggest city! 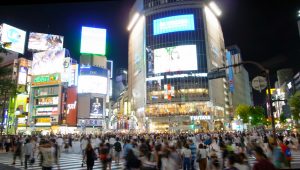 This famous crosswalk outside of Shibuya Station is certainly the busiest in all of Japan, and is even rumored to be the busiest in the entire world! When the lights turn red, they all turn at the same time, and in all directions. Traffic stops completely, and pedestrians surge from all sides. The crowd is an equal mix of local commuters, and tourists, who stop to take pictures or video of themselves crossing the street.

Standing 333 meters high in the center of Tokyo in Roppongi, the famous red and white tower is actually the world’s tallest self-supported steel tower. It is modeled after the Eiffel Tower, but is actually a full 13 meters taller than its Parisian inspiration. In addition to being a popular tourist spot, the tower also serves as a fully functioning TV broadcast antenna. 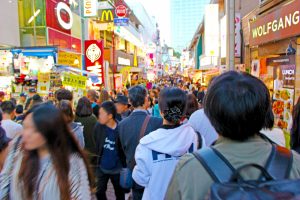 Harajuku is famously the hub for all things cute, trendy, and fashionable. Every day, thousands of teens walk the streets dressed in bold, colorful styles that cover all ends of the fashion spectrum. Just as trends are always changing, the shops and cafes of Harajuku are always offering new styles and “viral” or “Instagram-able” foods. Walk down Harajuku’s trendy Takeshita-dori street for all things youth-fashion and counterculture. For those who are of more classic, sophisticated fashion, Harajuku’s famous Omotesando street offers high-end designers and upscale cafes. 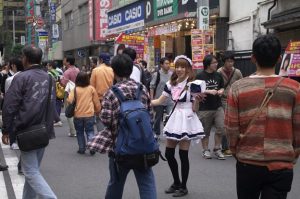 Akihabara is a section of Tokyo that serves as an electronics mecca and the largest hub of manga/anime culture that Japan has to offer. People shopping for any kind of electronic gadget can visit Yodobashi Camera, Yamada Denki, Laox and Sofmap, as well as hundreds of small discount electronics shops along the streets and alleys. And, even more famously, for those with an interest in Japanese manga or anime, there is an endless number of shops and cafes, including Tokyo Anime Center, AKB48 cafe, Mandarake Akihabara, Gundam Cafe, and several maid cafes. 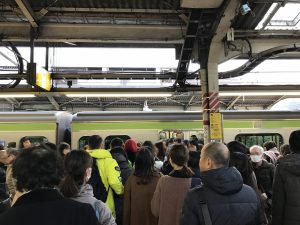 Another popular metropolitan area in Tokyo, Shinjuku is home to a number of fun places that are certainly worth a visit. Shinjuku station is known as the most busiest station in the world! (over 3.4 million commuters)  On the other hand, Shinjuku Gyoen Natinal Park is an urban oasis, where over 1.2 million people visit every year. Shin-Okubo, also known as Korea town, is like a little piece of South Korea that made it’s home in Tokyo, and has several authentic Korean restaurants and shops. Shinjuku also has several “viral” restaurants that you have very likely already seen or heard of online! The famous Robot Restaurant features food alongside a spectacular show of colorful lasers, lights, robots, music and sounds. For cat lovers, make sure you check out Cat Cafe Calico, which allows visitors to interact with a number of friendly felines while they lounge in the restaurants! 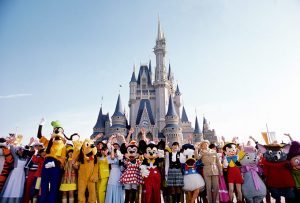 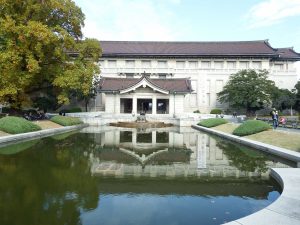 The Tokyo National Museum (東京国立博物館, Tōkyō Kokuritsu Hakubutsukan) is the oldest and largest of Japan’s top-level national museums. It was originally established in 1972 at Yushima Seido Shrine and moved to its current location in Ueno Park a few years later. The museum features one of the best collections of art and archeological artifacts in Japan, and at any one time, about 4000 different items are on display. It is a popular spot for both Japanese people and for foreign tourists, so good English information and audio guides are available. 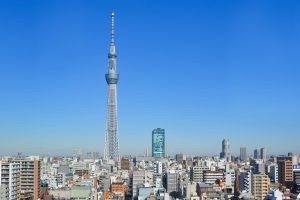 Located in the Sumida City Ward near Asakusa, the Tokyo Skytree (東京スカイツリー) is a television broadcasting tower that also serves as the landmark of the entire city of Tokyo. It stands at an incredible 634 meters, making it by far the tallest structure in Japan. Tokyo Skytree boasts a surprising number of attractions, including a cafe, a restaurant, and a souvenir shop in its first observation deck, breathtaking views of Tokyo from its highest second observation deck, and shops and even an aquarium in the center at its base.

9. Check Out the Tsukiji Fish Market 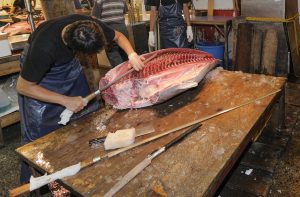 Regarded as one of the largest and most famous fish markets in the entire world, the Tsukiji Fish Market) 築地市場, Tsukiji Shijō) is a large wholesale market for fish, fruits, and vegetables that handles the distribution of food for the vast majority of Tokyo. The dominating trade is fish, as the market handles over 2,000 tons of marine products per day. While a large portion of the market is only available to professional chefs, farmers, and traders, there is a section open to the public that features food stands and restaurants selling food to tourists from around 5am to early afternoon. In fact, Tsukiji’s vast popularity is forcing it to a new location in Toyosu in October 2018, where it will be renamed to the Toyosu Market. 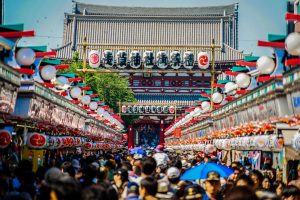 Asakusa is one of Tokyo’s districts where the atmosphere of past decades has survived, so there are plenty reasons to take a walk around this unique area. The biggest attraction in Asakusa is Sensoji, a very popular Buddhist temple that was built in the 7th century. Leading up to the temple is the Nakamise shopping street, which offers a variety of traditional local snacks that make great souvenirs. Although Asakusa can easily be explored on foot, you can also take a 30-minute guided tour on a rickshaw for around 9000 yen.
For daily posts about Japanese travel, language and culture, check out our Facebook page!